In November 1938, Helen Hulick was about to testify against two men who had burgled her building. But then, the judge held her in contempt of court — for refusing to wear a dress.

Getty ImagesHelen Hulick at her second court appearance on Nov. 14, 1938.

In 1938, 28-year-old kindergarten teacher Helen Hulick made history in a Los Angeles courtroom — by refusing to wear a dress.

When Hulick appeared in court to testify as a witness to a burglary, she was chided by the judge for wearing slacks. Though she was asked to put on a dress in the next hearing, she refused, and was held in contempt of court and even sent to jail.

This is the story of how one woman’s defiance in the name of pants became a historic fight for women’s rights.

Born in Easton, Pennsylvania, Helen Hulick Beebe moved to California in order to teach students who were deaf. She became a renowned figure in auditory-verbal therapy.

But it was while in Los Angeles, however, that she first made history.

After the property in which she lived was burglarized by two men in 1938, Hulick was called to testify against them in court.

But when Helen Hulick took the stand on Nov. 9, 1938, Judge Arthur S. Guerin reprimanded her for wearing slacks. He said that Hulick’s pants, which weren’t popular with women at the time, took too much attention away from the legal issues at hand.

To Hulick’s surprise, the proceedings were rescheduled in order for her to return dressed in a more “acceptable outfit.” To the judge’s surprise, however, Hulick publicly denounced this decision the following day.

“You tell the judge I will stand on my rights,” she told The Los Angeles Times. “If he orders me to change into a dress I won’t do it. I like slacks. They’re comfortable.” 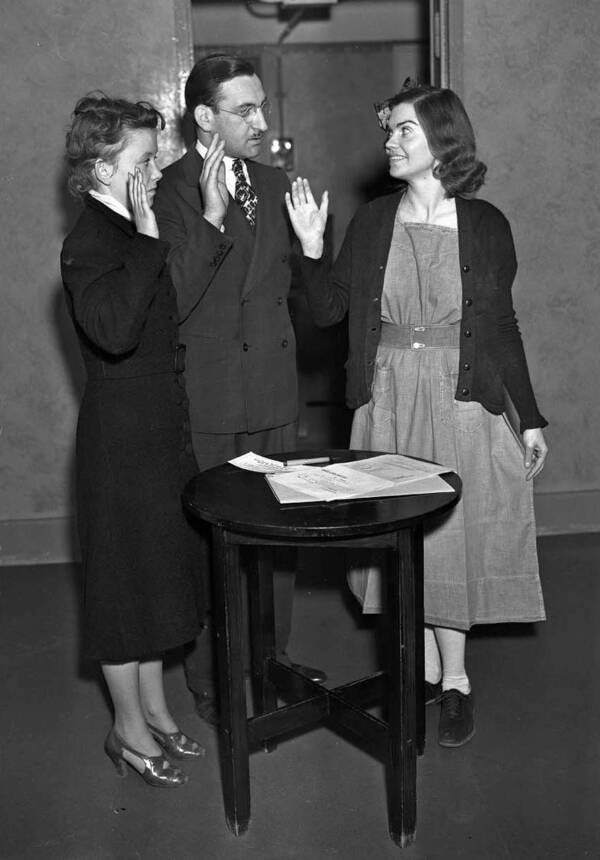 UCLAA notary (left) and Hulick’s attorney. Hulick is pictured in the denim dress the judge forced her to wear for the duration of her prison sentence.

Her return to court on November 14 caused even more of a stir. Dressed in an orange shirt and dark green pants, Judge Guerin once again halted the proceedings as soon as Hulick was about to be sworn in.

“The last time you were in this court dressed as you are now and reclining on your neck on the back of your chair, you drew more attention from spectators, prisoners and court attaches than the legal business at hand,” he said. “You were requested to return in garb acceptable to courtroom procedure.”

The judge expounded on her purported defiance of orderly conduct, and once again ordered her to vacate the premises. Once more, the hearing was rescheduled, and this time, it came with a warning: return in slacks again and face jail time.

Going To Jail Over ‘Anti-Slackism’

Reporters rushed to get a statement from Helen Hulick as soon as she left the courthouse.

“Listen, I’ve worn slacks since I was 15,” she said. “I don’t own a dress except a formal. If he wants me to appear in a formal gown that’s okay with me. I’ll come back in slacks and if he puts me in jail I hope it will help to free women forever of anti-slackism.” 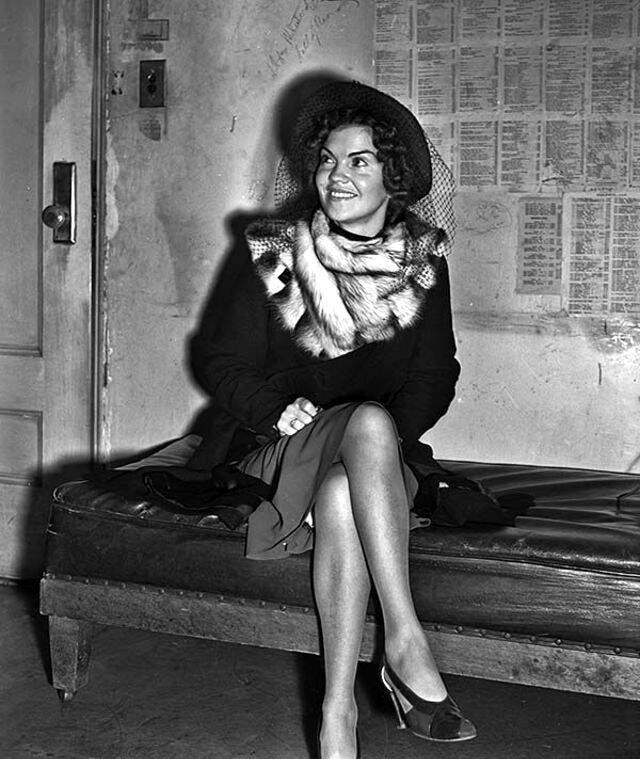 PinterestHelen Hulick Beebe dressed to the nines during her Jan. 17, 1939, court appearance.

Sure enough, Hulick returned to court the next day wearing pants. Judge Guerin was just as principled, however, and held the kindergarten teacher in contempt of court. Hulick was sentenced to five days in jail on November 15 and was forced to wear a dress made out of denim.

Hulick was released early and her case sent to the Appellate Court. It overturned Judge Guerin’s original ruling four days later, leaving Hulick free to wear whatever she liked at the next hearing. On Jan. 17, 1939, she arrived at the courthouse in a formal evening dress.

Ultimately, Helen Hulick’s refusal to wear a dress in court paled in comparison to her career. She pioneered a new form of therapy for people who are deaf and founded her own nonprofit. Judge Guerin, meanwhile, died in 1962 — and is remembered as a hurdle to gender equality.

After learning about Helen Hulick Beebe, read about philosopher and mother of all feminists Mary Astell. Then, take a look at 37 unbelievably sexist anti-suffrage movement postcards.