Dina Sanichar was raised by wolves in India’s Uttar Pradesh jungle until hunters found him in 1867 and brought him to an orphanage. He would later serve as Rudyard Kipling’s inspiration for the character of Mowgli.

Wikimedia CommonsA portrait of Dina Sanichar taken somewhere between 1889 and 1894.

Rudyard Kipling’s novel The Jungle Book tells the story of Mowgli: a boy who was abandoned by his parents and raised by wolves. While he was taught the ways of the animal kingdom, he never learned how to interact with another human being.

Kipling’s famous tale, later adapted into several family films by Walt Disney, ends on an uplifting message about self-discovery and harmony between civilization and nature. However, few people know that it was based on tragic true events.

Dina Sanichar was raised by wolves and spent the first few years of his life thinking he was one. When hunters discovered him lying in a cave, they took him to a nearby orphanage.

There, missionaries tried to teach him all the things he never learned, starting with the basics: walking and talking. However, the gulf between human behavior and animal instinct proved too wide for Sanichar to overcome.

Dina Sanichar: Raised By Wolves And Hunted By Humans

The year was 1867. The setting: Bulandshahr district, India. One night, a band of hunters made their way through the jungle when they stumbled upon a clearing. Beyond it lay the entrance of a cave that, they believed, was being guarded by a lone wolf.

The hunters prepped to ambush their unsuspecting prey, but they were stopped in their tracks once they realized this animal wasn’t an animal at all. It was a boy, no older than 6. He neither approached the men nor answered their questions. 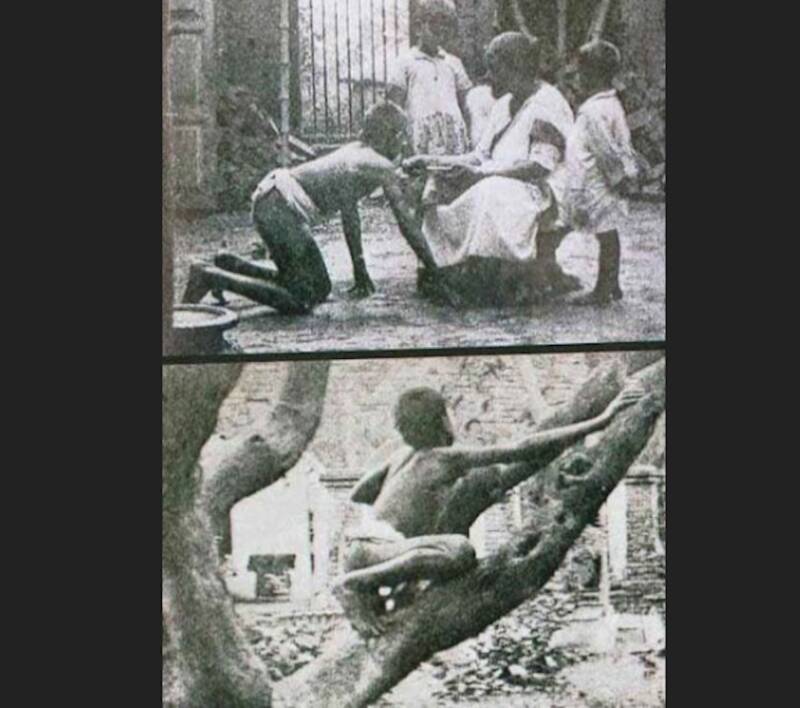 Not wanting to leave the boy behind in the unforgiving outskirts of the jungle, the hunters brought him to Sikandra Mission Orphanage in the city of Agra. Since he did not have a name, the missionaries gave him one. They named him Dina Sanichar, after the Hindi word for Saturday — the day he arrived.

Sanichar Struggles To Adjust To The ‘Civilized’ World

During his stay at the Sikandra Mission Orphanage, Sanichar was given a second name: “Wolf Boy.” The missionaries thought it suited him because they believed he was raised by wild animals and had never experienced human contact in his life.

According to their accounts, Sanichar’s behavior resembled that of an animal more than it did a human’s. He walked around on all fours and had difficulty standing on his own two feet. He only ate raw meat and gnawed on bones to sharpen his teeth.

“The facility with which they get along on four feet (hands and feet) is surprising,” Erhardt Lewis, the superintendent of the orphanage, once wrote a faraway colleague. “Before they eat or taste any food they smell it, and when they don’t like the smell they throw it away.”

From Growling And Howling To Smoking Cigarettes 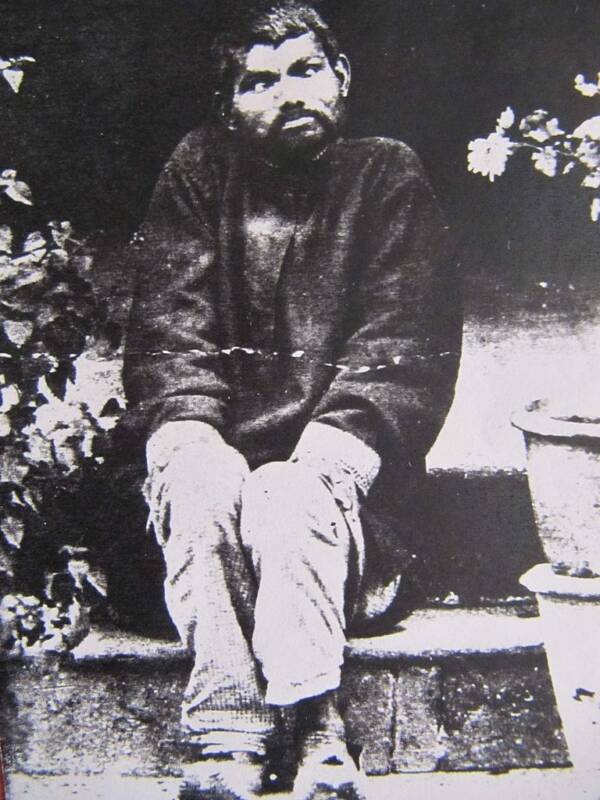 Wikimedia CommonsToward the end of his life, Sanichar walked upright and dressed.

Communicating with Sanichar was difficult for two reasons. First, he didn’t speak the same language as the missionaries who were taking care of him. Whenever he wanted to express himself, he would growl or howl just like a wolf does.

Second, he also didn’t understand signing. People who don’t speak the same language can usually get close to understanding one another simply by pointing at various objects with their fingers. But because wolves do not point (or have any fingers, for that matter) this universal gesture was probably meaningless to him.

Though Sanichar eventually learned to understand the missionaries, he never learned to speak their language himself. Perhaps because the sounds of human speech were simply too alien to him.

The longer Sanichar stayed at the orphanage, though, the more he began behaving like a human. He learned how to stand upright and, according to the missionaries, began to dress himself. Some say he even picked up the most human trait of all: smoking cigarettes.

Dina Sanichar Was Far From The Only Feral Child 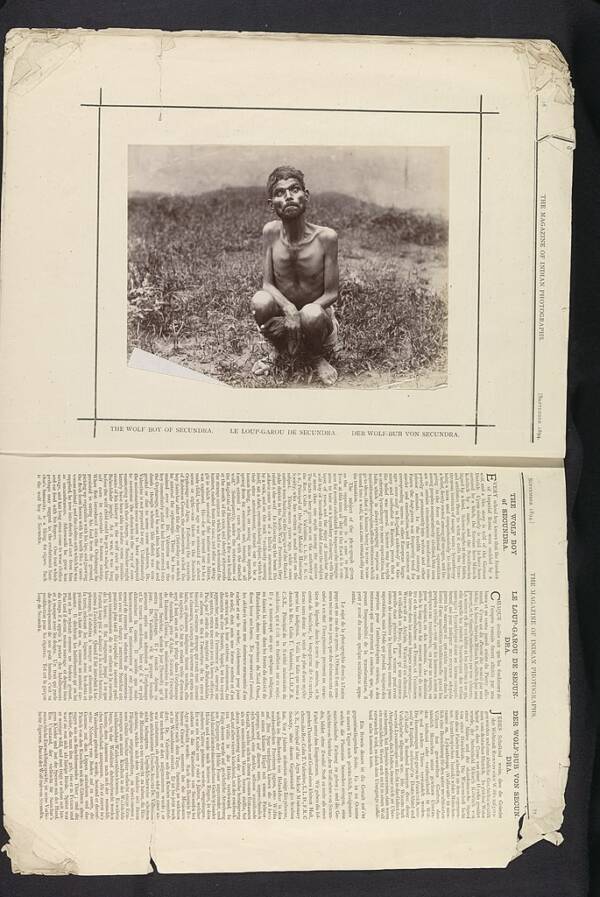 Sanichar’s life story has been discussed in many European books and journals.

Interestingly enough, Sanichar was not the only wolf child living at the Sikandra Mission Orphanage at the time. If superintendent Lewis is to be believed, he was joined by two other boys and one girl who were also said to have been raised by wolves.

According to one geographer, the orphanage took in so many wolf children over the years that they no longer looked up when another kid was discovered in the jungle. Quite the contrary, their discovery “created no more surprise than the delivery of the daily supply of butcher’s meat.”

In fact, stories of children raised by wolves have popped up all across India. In most cases, the missionaries caring for the children were the only sources, so whether they were really feral remains up for debate.

Some believe the missionaries may have invented them for media attention. Others hypothesize the children may not have been raised by animals at all and that they actually had an intellectual and or physical disability. In that case, the stories may have resulted from people jumping to conclusions about their behavior.

While the details of Dina Sanichar’s life story cannot be verified, those of other feral children can. Oxana Malaya, a Ukrainian girl born in the 90s, was raised by stray dogs after her alcoholic parents left her outside when she was just a baby.

When she was taken into custody by social workers, she couldn’t speak and moved around on all fours. After years of therapy, Oxana learned to speak Russian. She now has a boyfriend and works on a farm caring for animals.

Shamdeo, an Indian boy, was around four years old when he was found living with wolves inside a forest in India. According to the L.A. Times, “he had sharpened teeth, long hooked fingernails, and calluses on his palms, elbows and knees.” He also died young.

And so did Sanichar, who was only 35 years old when his body gave in to tuberculosis in 1895. Though he ended up spending the majority of his short life in the company of other people rather than the animals that may or may not have raised him, he never fully adjusted to life at the orphanage.

Whether completely true or embellished, Dina Sanichar’s story plucks at a similar string as Kipling’s The Jungle Book does. Namely, our fascination with the idea of someone being raised in a world that is completely different from our own.

Now that you’ve learned about Dina Sanichar, read the sad story of feral child Genie Wiley. Then, read about Percy Fawcett’s 1925 disappearance into the rainforest.