After the Revolutionary War, American soldiers told stories about a brave woman named Molly Pitcher who fought alongside them — but the truth is more complex.

Amid the crackling heat of the Battle of Monmouth in June 1778, a woman darted among the American troops. She carried a pitcher of water, so they called her Molly Pitcher. But as the battle raged, she threw down her bucket. She grabbed a cannon. And she cast herself into an American legend.

Who was “Molly Pitcher”? Some believe her real name is Mary Ludwig Hays. Others believe that she never existed at all.

Regardless, tales of Molly Pitcher have endured for centuries. And they certainly have some basis in fact. Accounts from soldiers during the Revolutionary War frequently record a woman in their midst.

But was Molly Pitcher one person, or a composite of several women who fought in the Revolution?

The Enduring Legend of Molly Pitcher 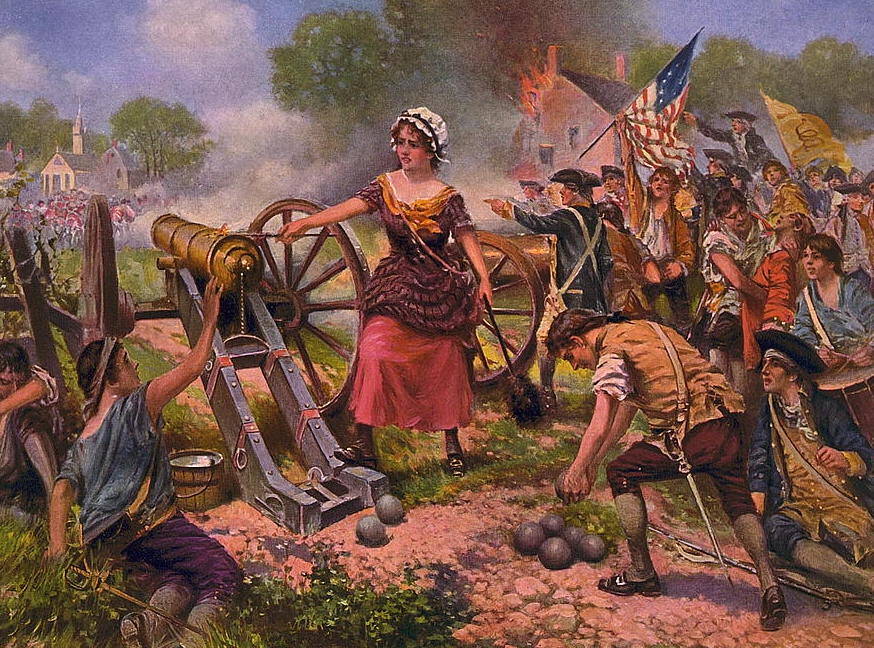 The legend of Molly Pitcher first started to spread in the decades after the Revolutionary War. In 1830, a veteran named Joseph Plumb Martin published a book titled A Narrative of Some of the Adventures, Dangers, and Sufferings of a Revolutionary Soldier.

In his telling, Martin saw a heroic woman operating a cannon at the Battle of Monmouth.

“While in the act of reaching a cartridge and having one of her feet as far before the other as she could step, a cannon shot from the enemy passed directly between her legs without doing any other damage than carrying away all the lower part of her petticoat,” Martin wrote.

The unnamed woman glanced down “with apparent unconcern,” Martin continued. Then, “she observed that it was lucky it did not pass a little higher, for in that case it might have carried away something else.” The unperturbed woman continued firing the cannon.

Some have dismissed Martin’s story as a camp legend with sexual undertones. But in 1840, the tale of Molly Pitcher received a boost from a powerful source — George Washington’s grandson.

In a newspaper article, George Washington Parke Curtis recounted a story about a woman called “Captain Molly.” She had followed her husband to the Battle of Monmouth. While she was bringing the troops water, her husband was suddenly struck down by a bullet.

Curtis wrote that “Captain Molly”, seeing her husband fall, “threw down the pail of water, and crying to her dead consort, ‘lie there my darling while I avenge ye,’ grasped the ramrod” to fire the cannon.

In some versions of Curtis’s story, Molly Pitcher was even recognized by George Washington. Washington may have merely thanked her or given her a gold coin. But some sources state that he promoted her to be a non-commissioned officer.

Who was this mysterious and heroic “Molly Pitcher”? Some historians believe that she was a 22-year-old woman named Mary Ludwig Hays. 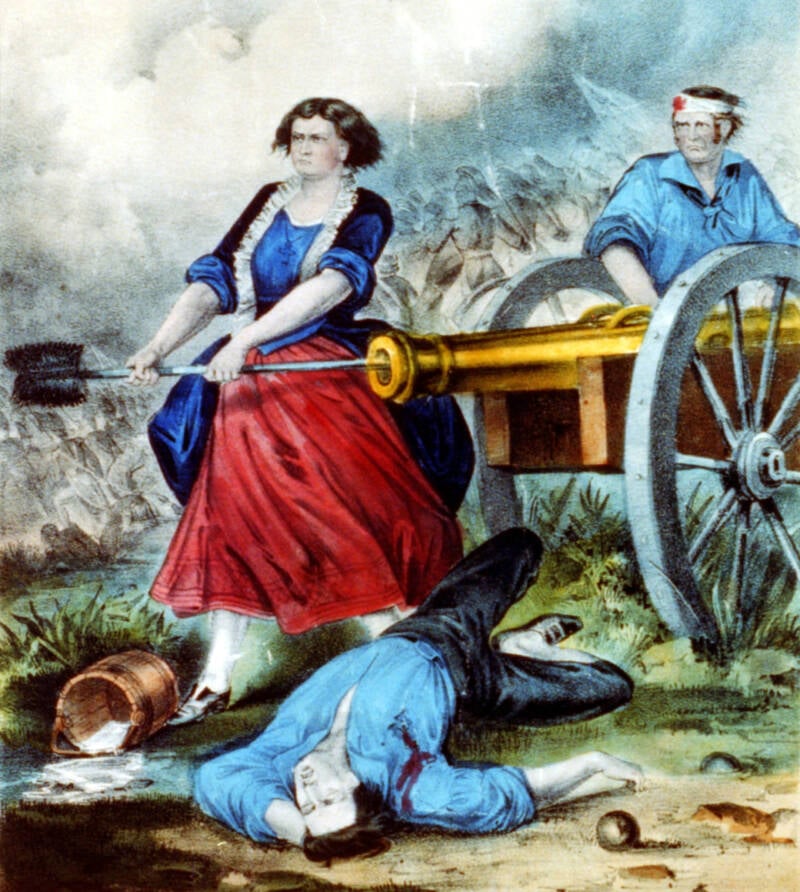 Currier & Ives/Library of CongressIn the 19th century, a Currier and Ives series celebrated “The women of ’76.” Molly Pitcher earned the title “heroine of Monmouth.”

Mary Ludwig Hays was born in 1754 to German immigrants. She grew up in a modest household in either New Jersey or Pennsylvania and married a barber named William Hays in her early 20s.

When William enlisted in the Continental Army as part of the 4th Pennsylvania Artillery, Hays — like many women during the American Revolution — followed her husband.

She and others lived at camp alongside the American troops. They helped with domestic chores like washing sheets and clothing — and helped keep up morale.

George Washington once grumbled that “the multitude of women in particular… are a clog upon every movement.” However, he acknowledged their important role in supporting the troops.

Soldiers living at camp with Hays remembered her as a “22-year-old illiterate pregnant woman who smoked and chewed tobacco and swore as well as any of the male soldiers.”

They may have called her “Molly”, which was a common nickname for “Mary.” And since Hays likely brought water to the troops during battles, she could have easily become “Molly Pitcher.”

As the story goes, Hays leaped into action during the Battle of Monmouth. When her husband collapsed, she grabbed his cannon and started to fire. But was Mary Ludwig Hays the famous Molly Pitcher?

Years after the war, Hays applied for a pension from the state of Pennsylvania as the widow of a war veteran. Significantly, her pension was given “for services rendered.”

And by the time her son died in 1856, he’d squarely cemented his mother’s legend — his obituary described him as “the son of the ever-to-be-remembered heroine, the celebrated ‘Molly Pitcher.’”

Other Women In The Revolutionary War 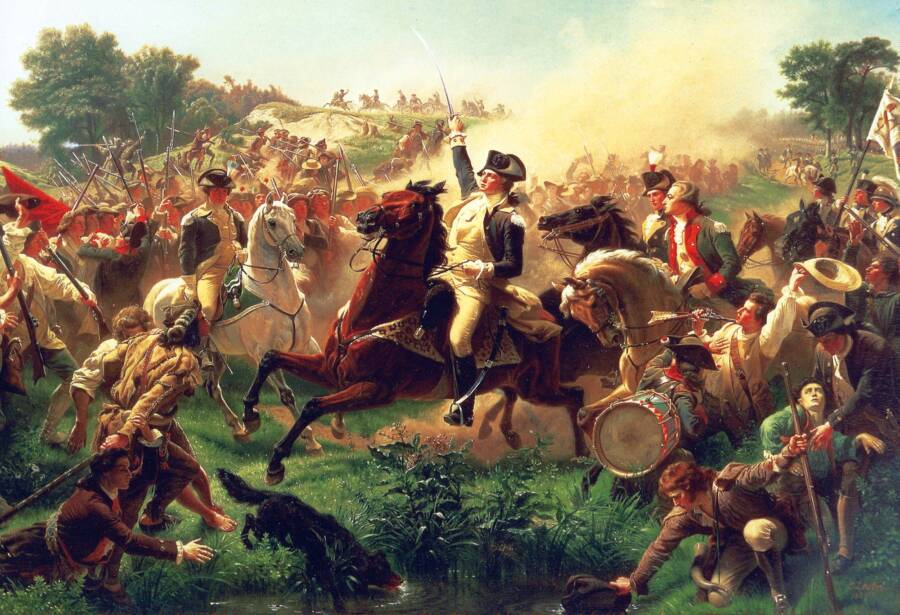 A woman named Margaret Corbin also followed her husband to the battlefield. Like Hays, she did laundry and also helped take care of the sick and wounded.

Unlike Hays, Corbin decided to start dressing like a man when she joined her husband in the Battle of Fort Washington in 1776. There, her husband was killed — and Corbin took over his cannon. In the heat of battle, other soldiers admired “Captain Molly’s” steady aim.

During the battle, Corbin was even hit by enemy fire and lost the use of her arm. She received a pension for her service. At the Corps of Invalids at West Point, records call her “Captain Molly.”

A third woman, Deborah Sampson, also contends for the title of the true Molly Pitcher. Sampson disguised herself as a man to fight during the American Revolution. The men in her regiment nicknamed her “Molly” because of her high-pitched voice. 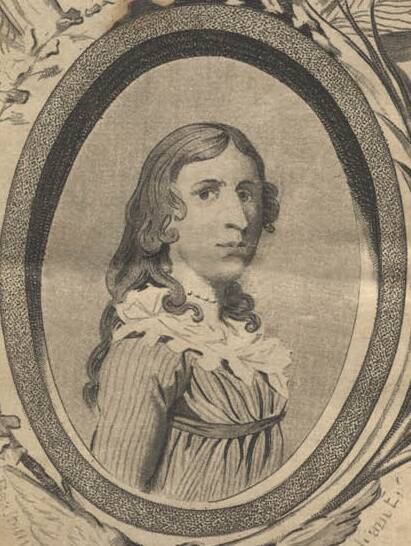 After the war, Sampson petitioned for back pay. Paul Revere even wrote a letter on her behalf, promising that Sampson had “quitted the male habit, and soldier’s uniform, for the more decent apparel of her own sex.”

The Complicated Truth Behind The Legend 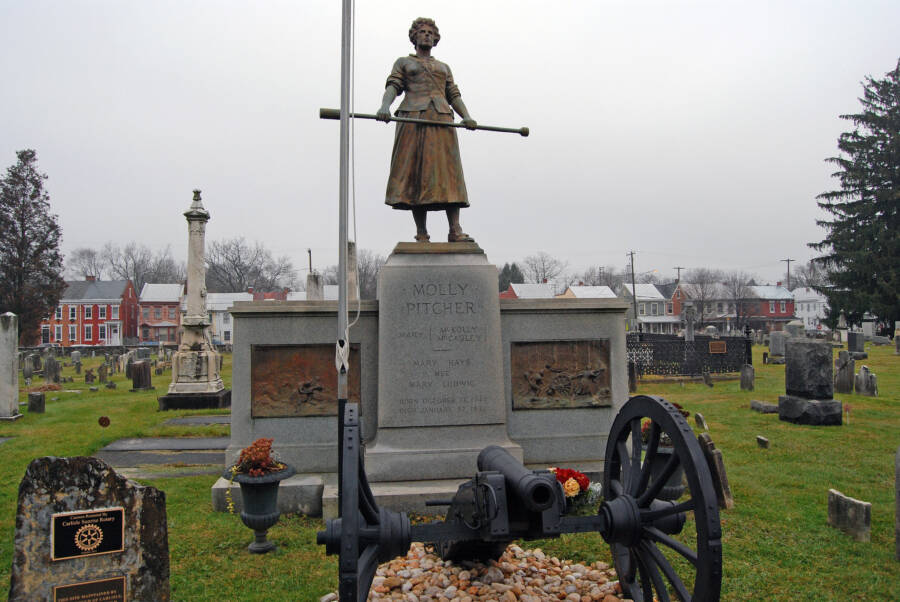 So, who was Molly Pitcher? The historian Emily Teipe suggests that, “The name Molly Pitcher is a collective generic term inasmuch as ‘G.I. Joe’ was a moniker for a soldier or soldiers in World War II.”

That is, Molly Pitcher wasn’t one single woman, but rather a representation of the women who fought in the American Revolution. After all, thousands of women traveled with the Continental Army. Many, like Mary Ludwig Hays, Magaret Corbin, and Deborah Sampson, saw action.

The historian Linda Grant De Pauw, who specializes in women’s research in the United States, believes that women filled the ranks of the Continental Army — and not just as wives or prostitutes. She suggests that “tens of thousands of women were involved in active combat.” They enlisted like men, or joined state militias, or assisted troops in field hospitals.

De Pauw suggests that many of the “Molly Pitchers” of the world followed their husbands to war, learned how to fire cannons, and stood ready to take their husband’s place, should he fall.

But after the war, as detailed by Linda Kerber, a historian who studies the history of women in America, individual stories of female bravery no longer fit with a greater national dialogue. Women were encouraged to be at home.

This new idea of American womanhood, Kerber explained, “denied the most frightening elements of women’s wartime experiences. There was no room in the new construction for the disorderly women who had emptied pisspots on stamp tax agents, intimidated hoarders, or marched with Washington and [General Nathanial] Greene.”

And thus, individual women who fought during the Revolutionary War faded into legend. The myth of Molly Pitcher obscured the reality of how American women fought in the Revolution.

Molly Pitcher might be a legend, but these women of the American Revolution were real. Next, read about Deborah Sampson and then learn about 12 other Revolutionary War women.