On June 22, 1969, Cleveland’s Cuyahoga River caught fire after the severely polluted water was ignited by sparks from a nearby train.

On June 22, 1969, the unthinkable happened in Cleveland, Ohio: A river caught on fire. Except, it wasn’t unthinkable to anyone who lived in the city. The Cuyahoga River had already burst into flames at least a dozen times. But incredibly, no one did anything about it until 1969.

Severe pollution had long haunted the Cuyahoga River. And sparks from passing trains made it vulnerable to catching ablaze. But the 1969 fire would change everything. It became a symbol of a larger environmental crisis in America — and helped usher in the Environmental Protection Agency.

How The Cuyahoga River Became So Polluted 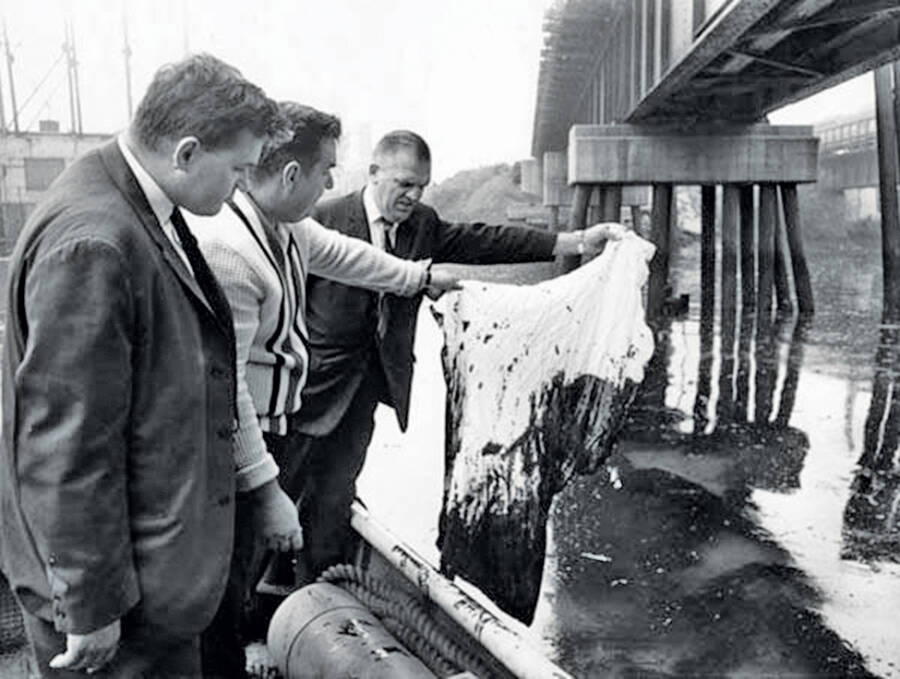 Residents of Cleveland knew better than to swim in the Cuyahoga River. “The river was a scary little thing,” remembered Tim Donovan, who spent a summer working at the city’s steel mills. “There was a general rule that if you fell in, God forbid, you would go immediately to the hospital.”

But how did the Cuyahoga River get so dirty? It all started after the Civil War — when Cleveland underwent a rapid period of industrialization. The Cuyahoga River, which stretches 100 miles through Ohio and flows into Lake Erie, found itself in the center of a building boom. And it soon became a dumping place for industrial waste and sewage.

One immigrant who came to Cleveland in the 1880s was horrified by the river: “Yellowish-black rings of oil circled on its surface like grease in soup.”

In the 1950s and ’60s, the pollution was so bad that the river was completely devoid of fish from Akron to Cleveland. And the rat corpses that would regularly float by were bloated to nearly the size of dogs.

But for the most part, Cleveland residents didn’t really care. They thought this was merely the price they paid for being a manufacturing hub.

The Cuyahoga River Fire Of 1969 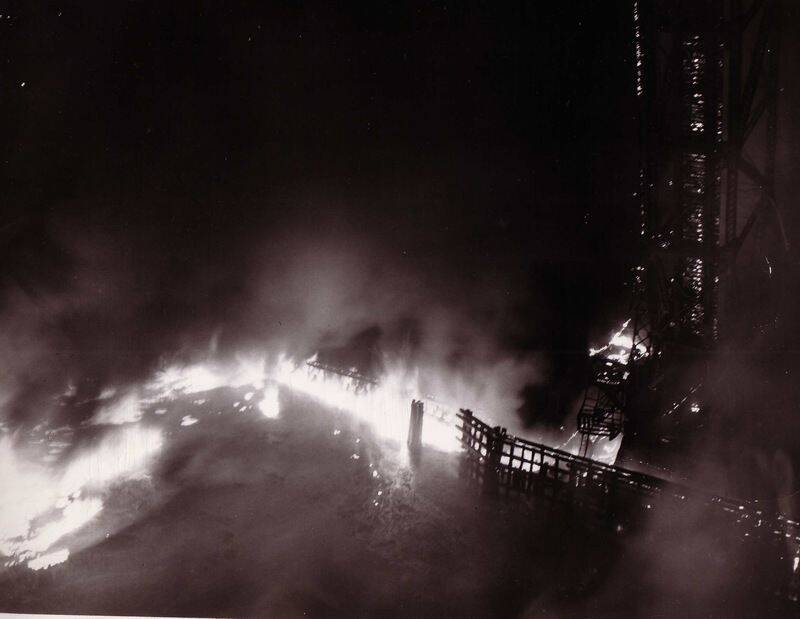 On June 22, 1969, the Cuyahoga River burst into flames — a common sight by that point. Sparks from a passing train had ignited an oil slick on the water, causing flames that rose about five stories high.

But compared to previous fires, the 1969 Cuyahoga River fire seemed like nothing. For instance, the 1912 fire had killed at least five people. And the 1952 fire had caused about $1.5 million dollars in damages.

As for the 1969 blaze, it “only” racked up about $50,000 in damages. And the fire was extinguished in less than 30 minutes. It was considered so small that no one had even thought to snap a photo.

But the Cuyahoga River fire of 1969 had an outsized impact. While it was far from the worst river fire that Cleveland had ever seen, it was the first one to make a big splash in the national press. 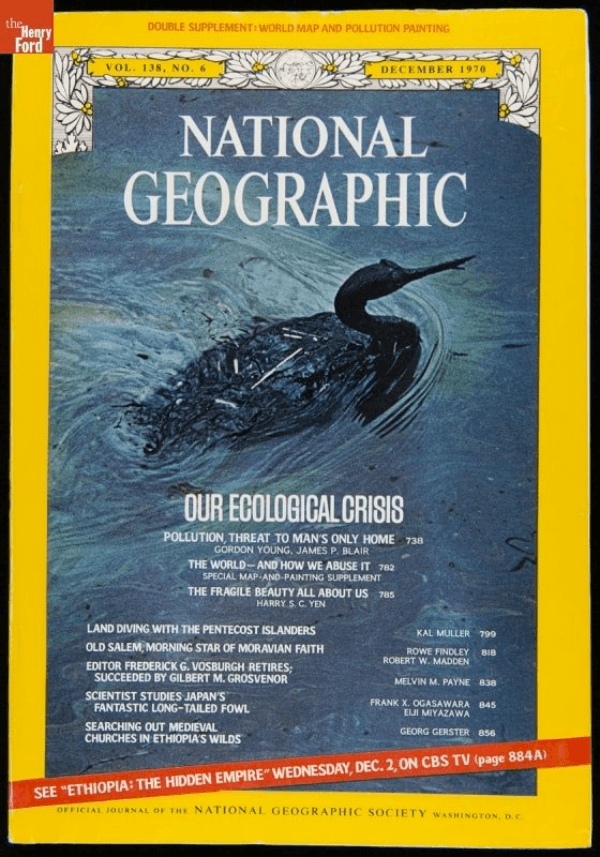 Carl Stokes, the first Black mayor of Cleveland, started a major push to clean up the river. He even took reporters on a “pollution tour” after the 1969 fire.

Stokes had powerful allies. One was his brother, Congressman Louis Stokes. Another was National Geographic, which featured the fire in a 1970 edition focused on “Our Ecological Crisis.”

It was also featured in Time magazine — with a photo of the horrific 1952 fire. This was later criticized as being somewhat misleading.

Still, it was hard to argue against fixing a burning river. A clean-up effort was launched, and the Cuyahoga River fire — among other ecological disasters — helped fuel the creation of the Environmental Protection Agency (EPA) in 1970. That same year would also see the very first Earth Day.

The (Mostly) Clean River Of Today 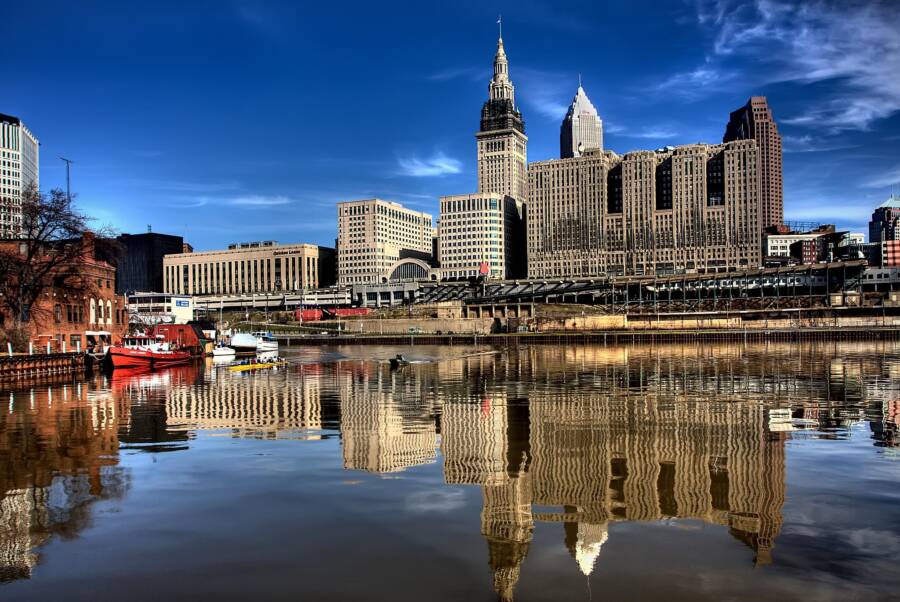 Wikimedia CommonsToday, the Cuyahoga River is much cleaner than it used to be.

The Cuyahoga River fires are mostly a thing of the past, but scientists warn that the river is still “burning” with viruses, bacteria, and parasites. After all, its historically severe pollution left deep scars.

But the river is no longer filled with filth. And in 2019, the Ohio EPA even announced that its fish were safe to eat.

Today, many Cleveland residents remember the Cuyahoga River fire as an odd quirk in their history. The city’s Great Lakes Brewery even named their beloved “Burning River” pale ale after the blaze.

The 1969 Cuyahoga River fire was far from the worst ecological disaster in America. But it was one of the most memorable — and it helped change the way Americans think about the environment forever.

After reading about the Cuyahoga River fire, learn about Centralia, Pennsylvania, which has been on fire for 50 years. Then, check out these shocking photos of pollution in China’s Yangtze River.