Archaeologists are certain that the remains belong to a Roman-era slave but can only speculate about why someone buried him in shackles.

Museum of London ArchaeologyThe skeleton was discovered to have been buried in a ditch some 200 feet away from a formal Roman cemetery.

As workers in Rutland, England, cleared land for a conservatory, they came across an alarming find — a skeleton in shackles. Although the bones turned out to be over 1,000 years old, archaeologists call the discovery “desperately grim.” They say that the shackled skeleton is a rare example of slavery in Roman-era Britain.

After unearthing the bones, the builders called in the Leicestershire police. The police used radiocarbon dating to determine that the remains came from 226 and 427 A.D. Then, satisfied that they didn’t have a recent homicide on their hands, the police called in archaeologists from the Museum of London Archaeology to take a look.

The archaeologists were astonished by what they found. It appeared that the man, who died between the ages of 26 and 35 years old, had been unceremoniously dumped in a ditch, still wearing his iron shackles. 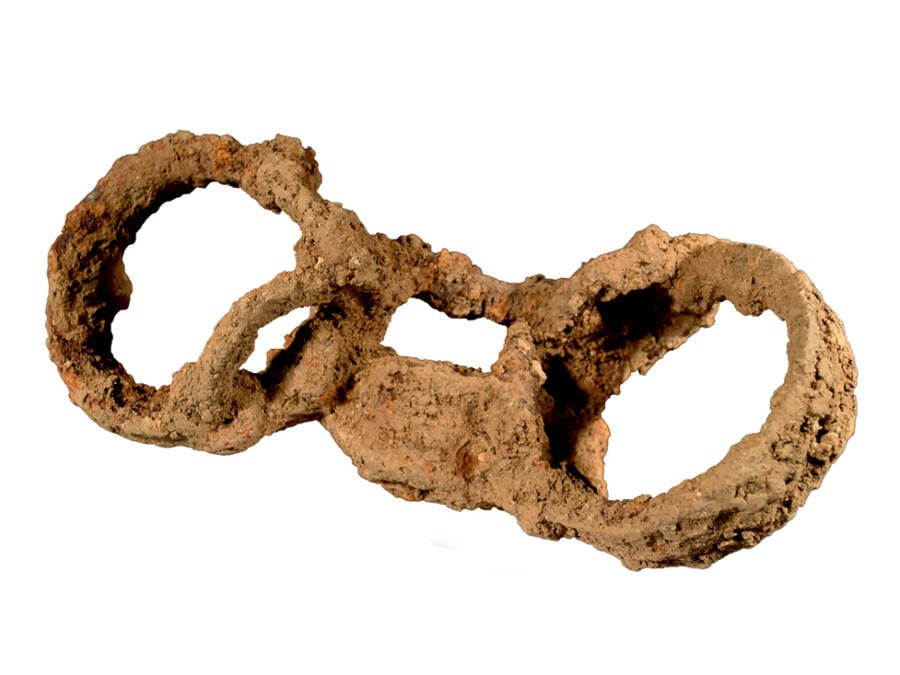 In addition to the iron shackles around the skeleton’s ankles, archaeologists also noted his “awkward” position in the ditch. He lay on his right side, with his left side and arm elevated. And he was found just 200 feet away from a legitimate cemetery.

“We think that the body lies outside of a nearby Roman cemetery, and it looks almost like the body has been dumped into a ditch, which taken together with the shackles, implies mistreatment and quite a lot of disrespect of the body,” Marshall explained.

While the team of archaeologists that analyzed the remains is positive they will never learn his identity, they are certain that he was a slave — and very likely a mistreated slave, at that.

“To shackle somebody like this is probably quite a good indication that they’re a slave,” Marshall told The Independent.

“Not only that but they’re a slave who have been quite poorly treated because not all slaves live their lives in shackles, it seems to have been specifically a form of punishment, either a response to someone who tried to run away or in other ways had a bad relationship with their master.” 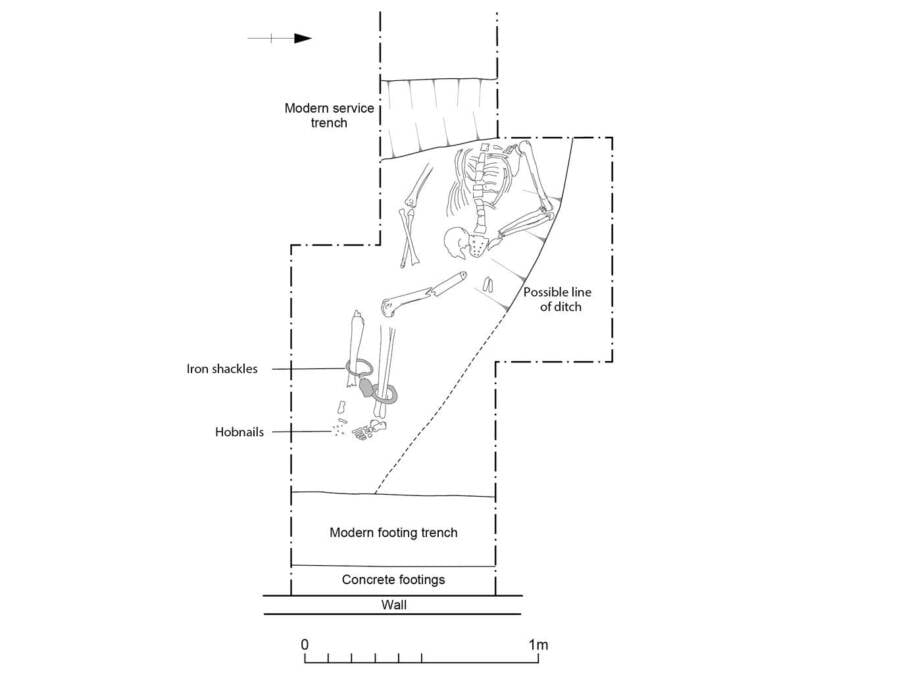 Museum of London ArchaeologyA diagram of the skeleton in the ditch.

He explained that shackles in ancient Rome were both a “form of imprisonment and a method of punishment,” noting that the binds could also be a source of discomfort, pain, and stigma.

There’s no question that slavery existed during the reign of the Roman empire. But archaeologists have discovered very little physical evidence of it.

In fact, archaeologists have found very few Roman-era skeletons buried in bondage at all. If a skeleton is found in shackles, it is usually because of a sudden natural disaster.

But that is not the case with this skeleton. For some reason, he was purposefully buried wearing the shackles that bound him in life.

“It could be the dead person was somebody who had earned the ire of other people,” said Marshall. “Equally it could be that the people who buried him were tyrannical and awful. We can’t really understand the moral dimensions.” 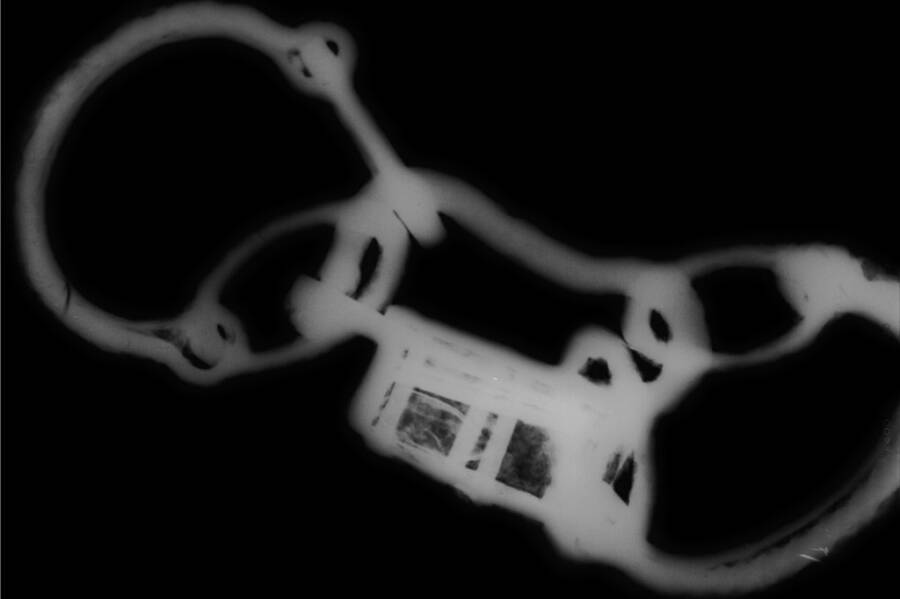 Marshall noted that Roman superstitions could help solve the mystery of why the man was buried with shackles. If he had been mistreated in his life, his masters might have worried that he’d come back to haunt them.

Some Romans believed that iron restraints could stop ghosts from walking. “They have some concerns about what the consequences of their actions might be and perhaps burying somebody with their feet shackled is a way to get around that,” Marshall speculated.

Archaeologists see the discovery as a priceless opportunity to better understand slavery in Roman Britain.

“To have the opportunity to study the body of a person who quite probably was a slave is really important,” Marshall said.

His colleague, MOLA archaeologist Chris Chinnock, agrees. He says that the discovery was grim but significant. The shackled skeleton “forces us to ask questions that we wouldn’t ordinarily ask.”

After reading about the shackled Roman-era skeleton, learn about other exciting archaeological finds in England. Start with the surprising number of decapitated Roman remains unearthed in the U.K. Or, see how construction workers came across Roman skeletons at a hotel in York.