“They’re the world’s most resistant animal to just about any form of torture … They’re probably the only animals we know that could do pretty well in outer space.”

Michael PlewkaMicroscopic animals have come back to life after being frozen for millennia before, but Bdelloid rotifers have brains and guts — making their survival a remarkable discovery.

The Bdelloid rotifer is a notoriously resilient creature. Previous studies have shown that the microscopic animal can survive frozen for up to 10 years. While that is certainly remarkable enough, a recent batch recovered from Siberian permafrost was found to be 24,000 years old — and once scientists thawed them out, the creatures were alive and thriving.

Bdelloids are one of the most radiation-resistant animals on Earth, according to The New York Times. They can navigate acidic or low-oxygen environments and easily handle dehydration or starvation. Those found in northeastern Siberia, meanwhile, have shown they can also survive in suspended animation for millennia.

The study proving as much was published in the Current Biology journal and saw scientists drill 11 feet into ancient permafrost that hasn’t been touched since woolly mammoths walked the Earth. Radiocarbon dating confirmed their staggering age, while finding them alive has yielded whole new trains of scientific thought.

“They’re the world’s most resistant animal to just about any form of torture,” said Matthew Meselson, a molecular biologist at Harvard University. “They’re probably the only animals we know that could do pretty well in outer space.” 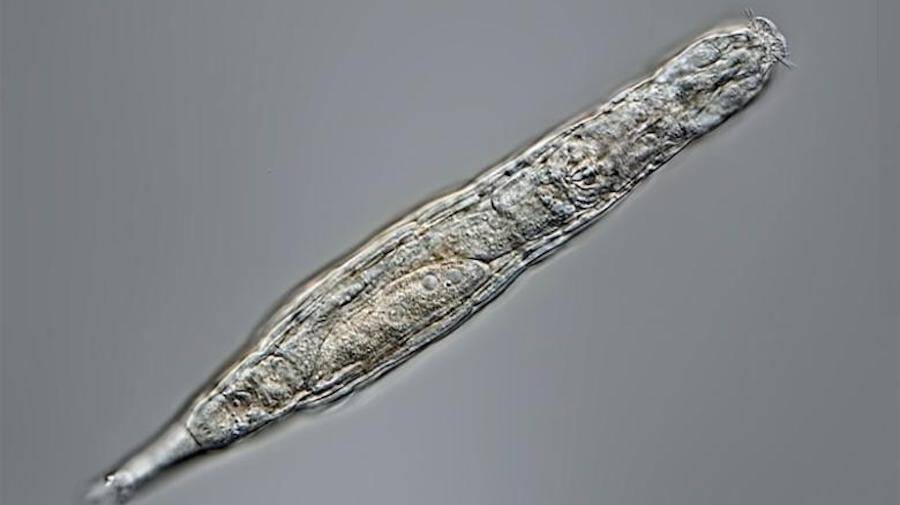 Permafrost is any natural ground that has been frozen solid for at least two years. Most remarkable is that researchers retrieved prehistoric life from permafrost dating to the Pleistocene era. These rotifers, which have guts, a brain, and muscles, then reproduced once thawed, according to LiveScience.

For rotifers, reproduction is asexual. The creatures undergo a process called parthenogenesis, which has them create genetically identical clones without the help of a mate. Rotifers themselves have crawled around our planet for about 50 million years — while knowing how resilient they truly were is certainly news.

“This is another example of the profound capacity rotifers have to endure extreme environments,” said Kristin Gribble, a scientist at the Marine Biological Laboratory in Woods Hole, Massachusetts. 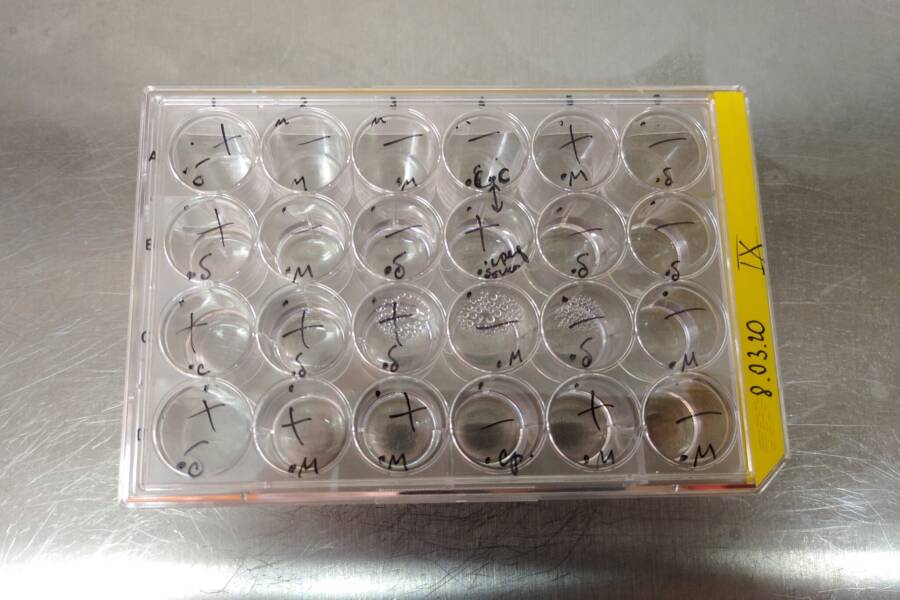 Stas MalavinThe compartments in which the tiny creatures were secured in upon retrieval from the ice.

The collected samples also included living nematodes, though discovering roundworms capably withstanding cryogenic preservation for millennia was no surprise. In general, however, it is precisely because of the tiny size of both species that the ability to survive a millennia-long deep freeze is possible.

“The takeaway is that a multicellular organism can be frozen and stored as such for thousands of years and then return back to life — a dream of many fiction writers,” Stas Malavin, co-author of the study and scientist at Russia’s Institute of Physicochemical and Biological Problems in Soil Science, told CNN.

“Of course, the more complex the organism, the trickier it is to preserve it alive frozen and, for mammals, it’s not currently possible. Yet, moving from a single-celled organism to an organism with a gut and a brain, though microscopic, is a big step forward.”

To Malavin’s point, larger animals that are just as old have previously been found in ancient permafrost — but don’t return to life upon thawing. From cave bears to mammoths, freezing conditions merely keep their bodies intact. A 42,000-year-old foal excavated in 2018 even still contained liquid blood in its body. 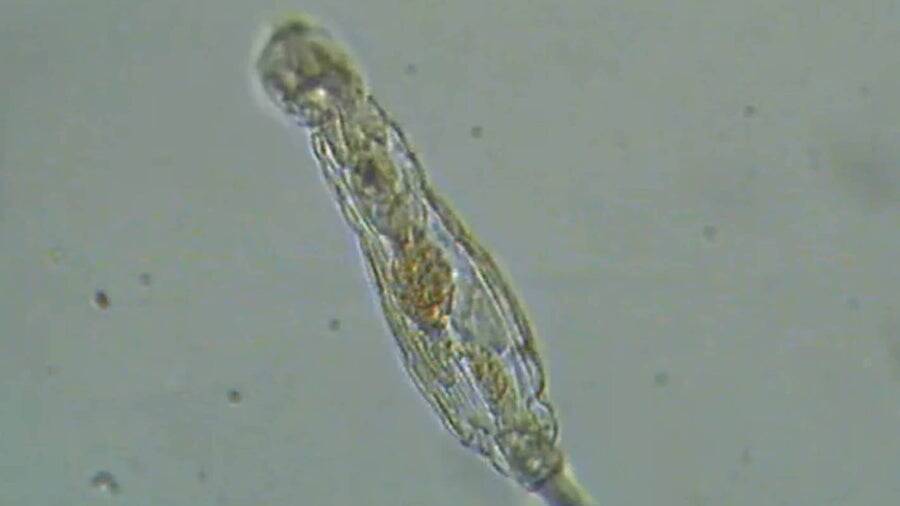 Lyubov ShmakovaBdelloid rotifers are the most ancient animal known to reproduce asexually.

Ultimately, scientists are now attempting to understand how Bdelloid rotifers manage to protect their cells under such long and extreme conditions. How the animal managed to branch off into more than 450 species with an asexual reproductive system, too, continues to baffle experts.

“I guess now we have more questions than answers,” said Natalia Iakovenko, co-author of the study and zoologist at the Czech University of Life Sciences Prague.

In the end, researchers hope that answering some of these ancient questions with modern technology will allow humanity to find solutions for organ, tissue, and cell preservation. The fact that this quest is coinciding with our growing conversation about long-term survival in outer space is perhaps not all that surprising.

After reading about the tiny creatures found alive after being frozen for 24,000 years, learn about the 28,000-year-old woolly mammoth that showed signs of biological life. Then, read about Siberia’s “doorway to the underworld” growing — for very ominous reasons.