A man named Harold Schenck filmed the Hindenburg that day in May 1937 with a wind-up camera — and captured an angle that professional cameramen missed.

Wikimedia CommonsThe explosion killed 13 passengers, 22 crew members, and one man on the ground.

At the 75th-anniversary memorial service for the Hindenburg disaster, aviation historian Dan Grossman was approached by a man in the crowd. Offhandedly, the stranger said he had some footage of the zeppelin explosion. That film has now provided an unseen angle of the disaster — and may have solved a mystery about its cause.

“I’ve got some film of the Hindenburg disaster,” the man, Bob Schenck, said. “You probably don’t really care. It was taken by my uncle, but if you want to see it I will show it to you.”

Grossman realized the footage’s significance as soon as he watched it. “My reaction was just — wow,” Grossman said. “I can’t believe we have this angle.”

The Hindenburg was a zeppelin, or airship, that exploded in Lakehurst, New Jersey on May 6, 1937. Cameramen on the ground captured the horrific scene, as radio announcer Herbert Morrison cried, “Oh, the humanity!” 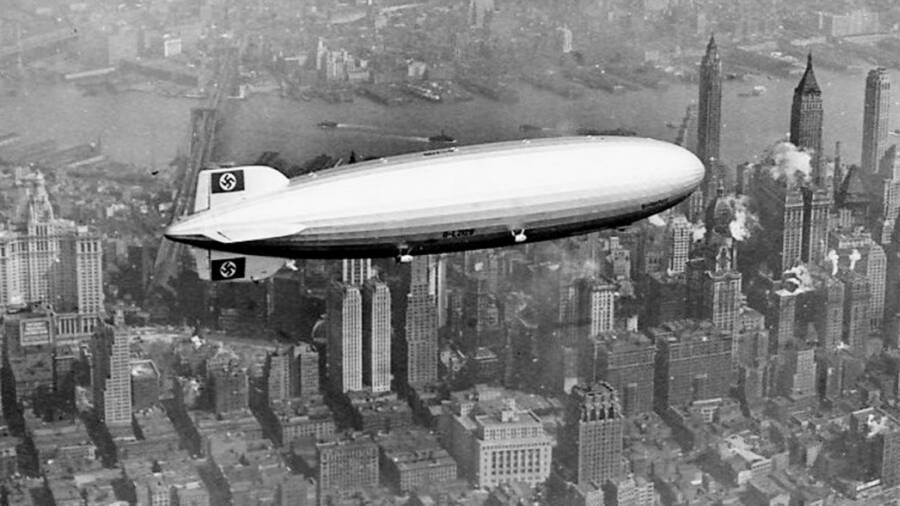 Wikimedia CommonsThe Hindenburg over Manhattan, shortly before its explosion. Swastikas are visible on its tail.

That day, Bob Schenck’s uncle Harold stood waiting with the crowd for the airship to arrive. The Hindenburg had set off from Frankfurt, Germany, three days earlier — and was running late. As it approached, Harold Schenck raised his wind-up camera and began to shoot footage, two minutes at a time.

In doing so, Harold captured something that the press didn’t. Most of the cameramen were waiting for the Hindenburg to arrive so that they could get footage of people disembarking. For this reason, most of the previously-known footage only captured what happened after the explosion already started.

“Mr. Schenck was filming all the stuff that the press pool did not film, but even he missed the exact moment that the spark sparked,” said Rushmore DeNooyer, a writer and producer for a new documentary about the Hindenburg. “[The Hindenburg] goes from pristine airship … to just charred wreckage on the ground in just 60 seconds.”

But Harold did capture something significant — ropes. His footage shows the moment that the Hindenburg lowered its landing ropes, about four minutes before it exploded.

The new footage of the Hindenburg disaster reveals never-before-seen angles of the tragedy.

German and American investigators at the time agreed that a spark of static discharge triggered the Hindenburg’s explosion. Lowering the ropes could have caused a spark, which then interacted with an existing hydrogen leak.

That’s something, Grossman said, that the Hindenburg’s operators could have prevented.

“It was never going to be ‘safe,’ you can never safely operate a flying bomb,” Grossman said. “But the Germans had developed very deliberate and careful protocols for how to operate an airship, and many of those were ignored.”

Several factors that day may have contributed to the shortcuts the crew took. One, an early thunderstorm increased the risk of static discharge. Two, the Hindenburg was running late. Its crew, in a hurry to land, attempted a “high landing.” That involved dropping ropes from a high altitude and winching the aircraft to the ground.

It just so happened that a high landing had a higher risk of generating sparks than a “low landing.” 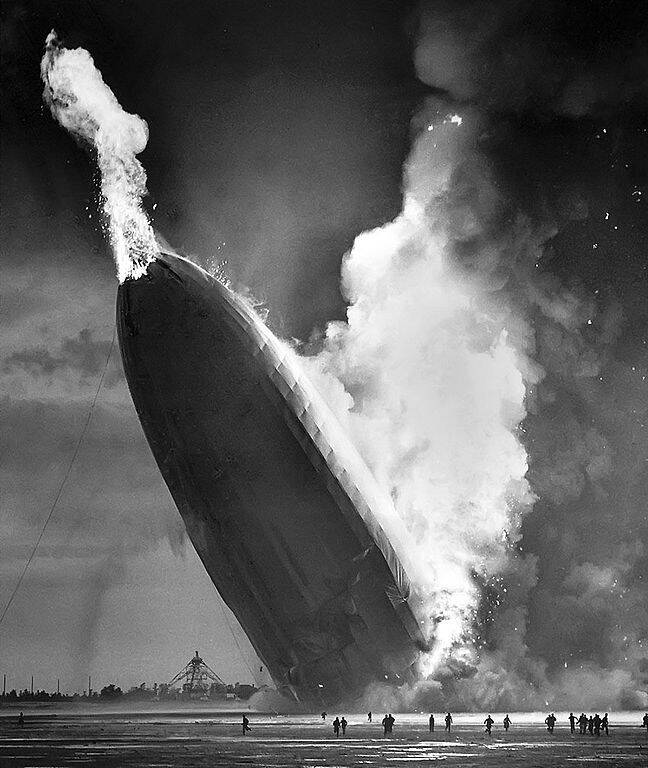 Wikimedia CommonsFlames pour out of the Hindenburg as it falls to the ground.

Harold Schenck had lowered his camera after capturing the zeppelin’s arrival. But after it exploded, he starting filming again. This time Schenck — standing at a different angle from the press — captured a wider angle of the Hindenburg explosion that previously seen. His film captures both the nose and the tail of the flaming airship.

“Because of where the newsreel photographers were, which was very close to the bow, or nose, of the airship, you just don’t see that,” Grossman said about Schenck’s footage.

“As it exploded, he had the camera at his side and it was a wind-up camera so he had the presence of mind to switch it on and pick it up at that moment.”

The radio announcer Morrison captured the horror of the moment in his radio broadcast. “Listen, folks; I … I’m gonna have to stop for a minute because I’ve lost my voice. This is the worst thing I’ve ever witnessed,” he said. 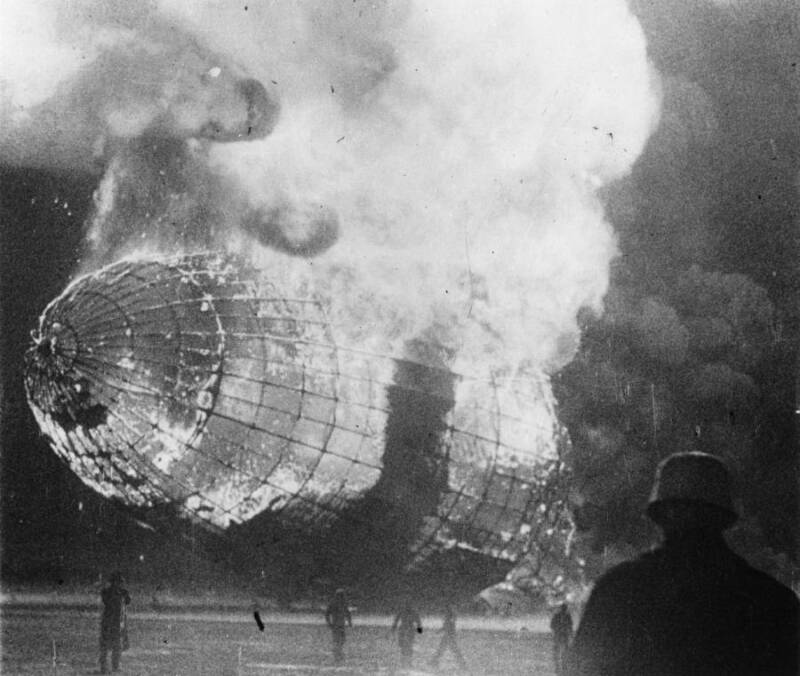 With the new footage, Grossman said, “You really get a sense of what it would have been like to see it with your own eyes, which I don’t think you get quite the same way from the tight close-up shots that you see in the newsreels.”

Schenck’s footage of the Hindenburg explosion will play a prominent role in a PBS documentary coming out in May 2021. Grossman and U.S. Air Force veteran Jason O. Harris will seek to answer why the fire happened in the first place.

After reading about the new Hindenburg footage, look through these pictures of the Challenger explosion. Or, watch this rare footage of the Titanic.