Over the course of just 53 days, serial killers Alton Coleman and Debra Brown murdered eight people across six states in the American Midwest.

Bettmann/Getty ImagesAlton Coleman and Debra Brown terrorized just about everyone they met — from senior citizens to children.

Alton Coleman had a way with words. The serial killer was charming enough to gain the trust of people he barely knew — before brutally murdering them. From May to July 1984, he terrorized the American Midwest.

Police were desperate to catch Alton Coleman and Debra Brown, but the deadly duo eluded authorities for 53 days. And while that may sound like a short time, they were still able to do a horrific amount of damage.

The Crimes Of Alton Coleman And Debra Brown 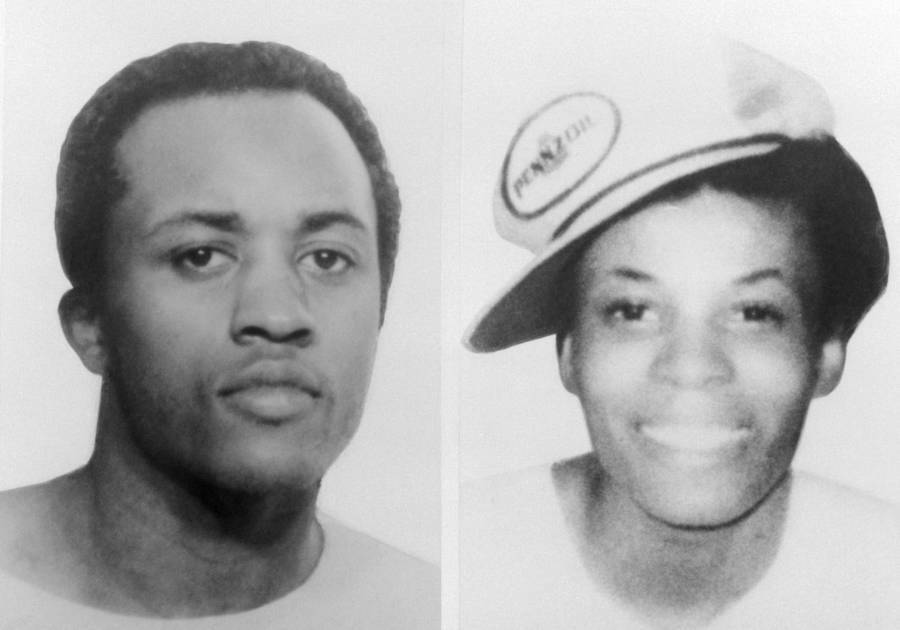 Bettmann/Getty ImagesAuthorities claimed that Alton Coleman and Debra Brown had a “master-slave relationship.”

Born on November 6, 1955, in Waukegan, Illinois, Alton Coleman entered a life of crime early on. A middle-school dropout, Coleman started with petty crimes like property damage and then moved on to more serious offenses.

Even before he went on his murder spree, Coleman was already facing charges for raping a 14-year-old girl. But instead of risking prison, he hit the road with his girlfriend. Unlike Coleman, Brown had no history of violence.

The couple met their first known victim in Kenosha, Wisconsin on May 29, 1984. After abducting 9-year-old Vernita Wheat, they brutally murdered her. Three weeks later, her body was found in an abandoned building in Illinois.

By that point, Coleman and Brown had already escaped to Gary, Indiana. On June 18, they spotted two young girls — ages seven and nine — and abducted them. Both children were raped and beaten, but one of them was able to escape. However, the other one was choked to death.

Around the same time that the body of 7-year-old Tamika Turks was found, 25-year-old Donna Williams vanished from Gary. Williams’ body would later be found in July 1984, in an abandoned building in Detroit, Michigan.

While Coleman and Brown were in Detroit, they began regularly stealing cars — possibly to avoid detection. By that point, the FBI had begun creating a profile on Coleman to help bewildered police.

But by the time Williams’ body was found, the couple had already struck again. On July 7, the body of an Ohio woman named Virginia Temple was found in her home. Her 10-year-old daughter’s body was nearby.

While still in Ohio, Coleman and Brown also murdered a 15-year-old girl. On July 13, they killed another woman for her car and fled to Kentucky — where they kidnapped two men but didn’t kill them.

On July 18, the couple murdered their last known victim — a 77-year-old man in Indiana — to get his car.

How The Deadly Duo Was Caught 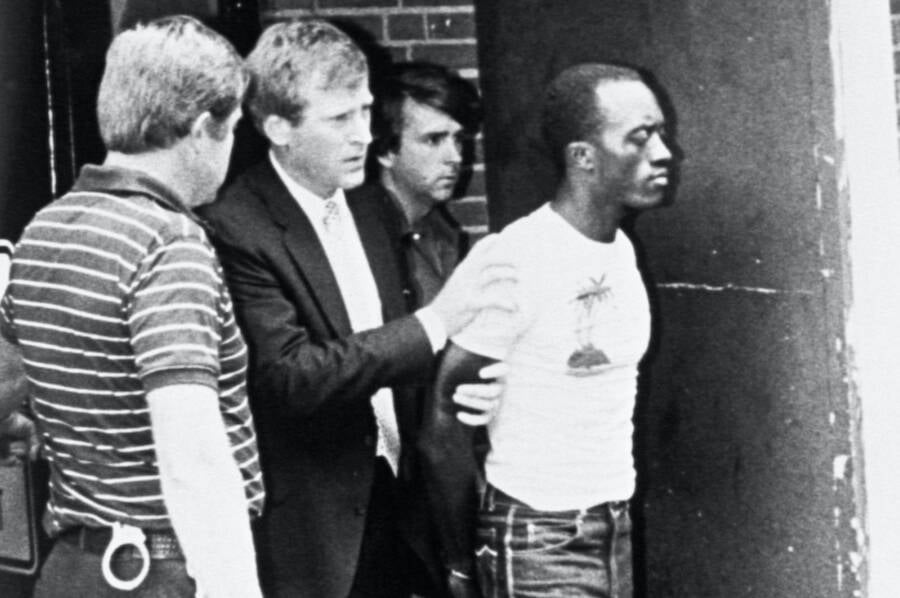 Bettmann/Contributor/Getty ImagesAlton Coleman, shortly after he was arrested in Evanston, Illinois.

Alton Coleman was so dangerous that the FBI created an “eleventh” slot on their Ten Most Wanted List — just for him.

On July 20, 1984, he and Brown were arrested in Evanston, Illinois, after Coleman was recognized by a childhood friend. Police apprehended the couple in a park — and they seemed to accept their fate.

Originally, both Alton Coleman and Debra Brown were sentenced to death for their crimes. But while Coleman was eventually executed in Ohio in 2002, Brown’s sentence was commuted to life imprisonment in Ohio in 1991. According to authorities, this decision was made because of Brown’s low IQ and her “master-slave relationship” with Coleman.

Brown still faced another death sentence in Indiana. But in 2019, that one was also wiped out, “based on evidence developed throughout the case that Brown likely is intellectually disabled.”

While authorities believed they made the right choice, the victims’ families were furious. Tamika Turks’ mother said, “Debra Brown was right there with [Coleman], committing the same crimes. She bears the same responsibility for them, and she should share his punishment.”

The decision was especially controversial since Brown initially showed no remorse for her crimes. During one of her trials, she sent a note to the judge that read, “I killed the b*tch and I don’t give a damn. I had fun out of it.”

As for their motive, that remains a mystery. Since most of their victims were African American, some believe they had an “intense hatred” of other Black people. And according to FBI profiler John Douglas, Coleman once allegedly claimed that “Blacks were forcing him to murder other Blacks.”

However, others believe targeting Black people was a purely strategic move for the couple. Since Coleman and Brown were also African American, they may have found it easier to “blend in” with Black communities.

After learning about Alton Coleman and Debra Brown, read about more serial killer couples. Then, take a look at Lester Eubanks, the child killer who escaped from prison.