Born in Shanghai just before the war, Judy the dog was adopted by British sailors and protected them across Indonesia — where she became the only animal imprisoned as a POW.

People’s Dispensary For Sick AnimalsJudy the dog survived three years as a prisoner of war.

From Greco-Roman war elephants and medieval horses to World War I carrier pigeons, animals have been used in military conflicts throughout human history. But perhaps one of the most inspiring stories of an animal in battle might be that of Judy the dog — the British Royal Navy canine who became a prisoner of war.

From surviving a crocodile attack to abandoning ship in the middle of the South China Sea, Judy navigated the perils of life at war like a fearless soldier.

Even after three years in an Indonesian POW camp, she never stopped wagging her tail — and saved countless men from despair.

Early Adventures In Asia For Judy The Dog

Judy was born in a Shanghai dog kennel in February 1936, when Adolf Hitler rejected the Versailles Treaty and placed his troops on the eastern border of France.

The white English Pointer found her way onto one of the British Royal Navy ships stationed in Shanghai that fall when she was purchased by Lieutenant Commander J. Waldergrave. Originally named Shudi, her name was anglicized to Judy, and The Royal Navy’s official paperwork crowned her “Judy of Sussex.”

It was a precarious time in China as Japan invaded the country the following year. As global war loomed on the horizon, Judy became a beloved crew member of the HMS Gnat. When she fell into the Yangtze River, the crew ordered a full stop to rescue her. 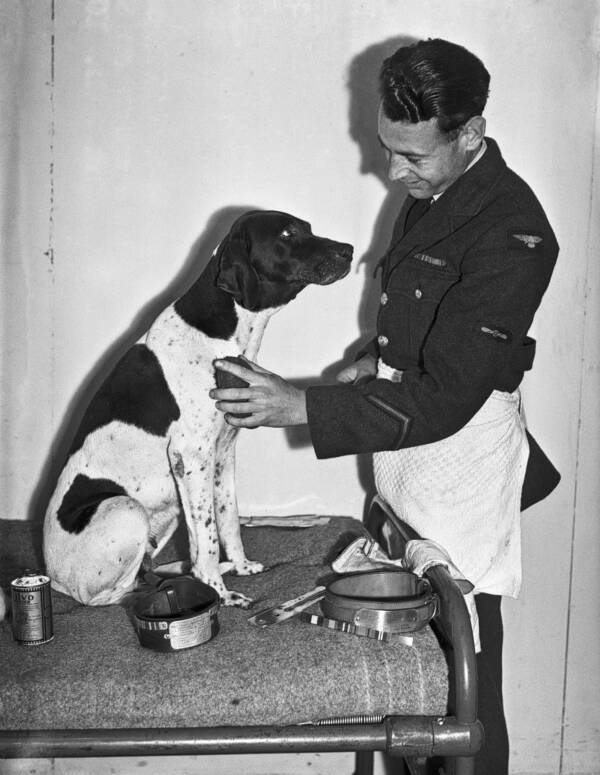 Fred Morley/Fox Photos/Hulton Archive/Getty ImagesJudy and Frank Williams, her lifelong caretaker who she met while a prisoner of war.

Judy also had an uncanny ability to sense danger. She could alert the crew to incoming enemy aircraft and once even notified her sleeping peers of pirates who tried boarding the ship. She survived being dognapped by the crew of an American gunboat, and in 1938, gave birth to 13 puppies.

And then in September 1939, Britain officially declared war on Nazi Germany. With Large British Royal Navy gunboats deployed to the Yangtze that summer, Judy and part of her crew were transferred to the HMS Grasshopper, a 585-ton gunboat headed for Singapore.

The ship remained stationed there in relative peace until Japan invaded in January 1942. The crew escaped with their lives and set sail for the Dutch East Indies but were bombed by Japanese aircraft in the South China Sea. Judy and some of the crew survived, marooned on an island.

While there, Judy saved the crew when she sniffed out a fresh-water spring. After days of starvation, the sailors discovered a Chinese sailboat that they commandeered upriver to Sumatra. They arrived, only for a 200-mile hike through the jungle to lead them into enemy hands.

Bringing Joy As A Prisoner Of War 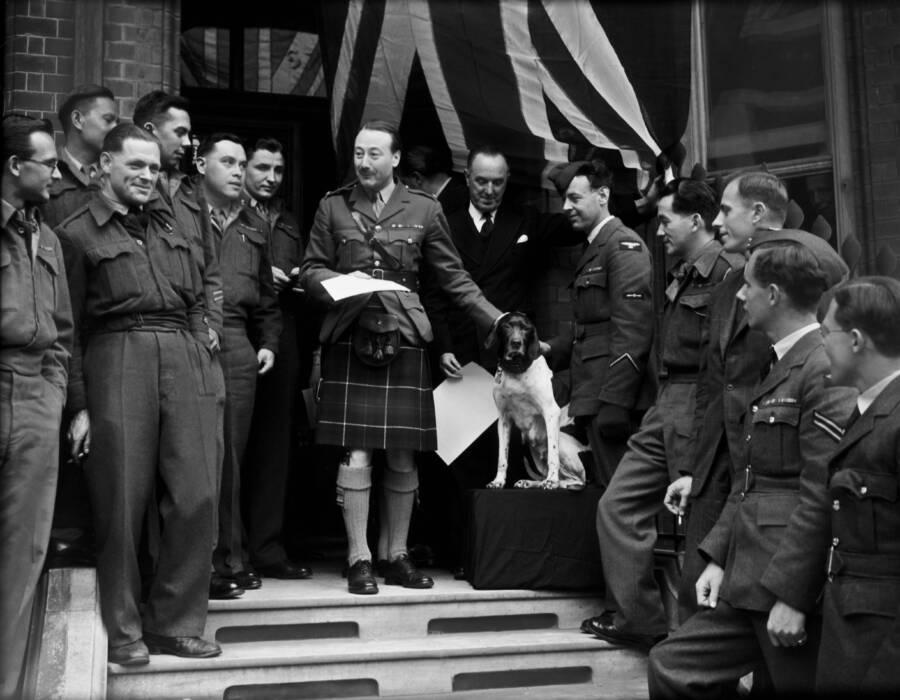 The journey had taken five weeks, during which the sailors were stalked by a Sumatran tiger, and Judy was attacked by a crocodile. They had not only missed the final British evacuation boat by nine days but arrived in an Indonesian village that was occupied by Japanese troops.

The group was taken to the Gloegoer Camp in Medan, Indonesia. Aware that their captors would likely kill Judy, the sailors hid her under rice sacks.

While at that camp, Judy met Frank Williams, a leading aircraftman in the Royal Air Force. He won her over in February 1942 after letting her eat his entire bowl of rice, and in return, Judy snarled at the guards who beat him.

Williams knew Judy would be shot dead for her defensive behavior, so he wisely waited for a night when the camp’s commander was properly inebriated in order to convince them to garner her official POW 81A status, which protected her.

As the only animal to be registered as an official prisoner of war during the global conflict, Judy’s presence provided psychological relief for the inmates. Williams later said her loving look in the mornings gave him the will to survive for the years he spent as a prisoner.

Finally, in June 1944, the prisoners were transferred onto the Harukiki Maru, formerly the SS Van Warwyk. But the ship was torpedoed on June 26. Williams shoved Judy out of a porthole and navigated his own way off the ship.

While more than 500 men drowned, Judy paddled to debris and showed many the way to safety. The survivors were tragically reinterred at another camp, but Judy and Williams survived and were finally freed when the camp was liberated at the end of the war in 1945.

Her friendship with Williams continued for the rest of her life and she received the Dickin Medal of valor for her bravery in May 1946. Though Judy died of cancer at 13 in 1950, her legacy lives on as one who selflessly protected and gave joy to those without hope in a deadly conflict.

After learning about Judy the World War II POW dog, read about the dark secret of America’s German death camps. Then, learn about the violent ways humans have used animals as weapons for war.