Police believe the man became stuck after falling into the sculpture head-first while trying to retrieve his phone. He had been there two days before someone found him.

Lluis Gene/AFP/Getty ImagesA local photographing the monument, now the site of a tragedy — with flowers left behind in tribute.

Earlier this month, Spain ended its national state of emergency and eased lockdown and curfew restrictions. People took to the streets in celebration. But the celebration was cut short this week when police discovered the body of a man in a giant papier-mâché dinosaur sculpture.

According to The Washington Post, a father and son pair spent the Saturday of May 22 strolling through the modernist Cubic Building complex in Santa Coloma de Gramenet, on the outskirts of Barcelona. Soon, they noticed a stench emanating from the stegosaurus statue.

Only when the curious duo approached that they discovered the source — a crack in the statue’s leg revealed the corpse of an adult male. They alerted Mossos d’Esquadra, Barcelona’s police force, which identified him as a 39-year-old man who been reported missing that morning. 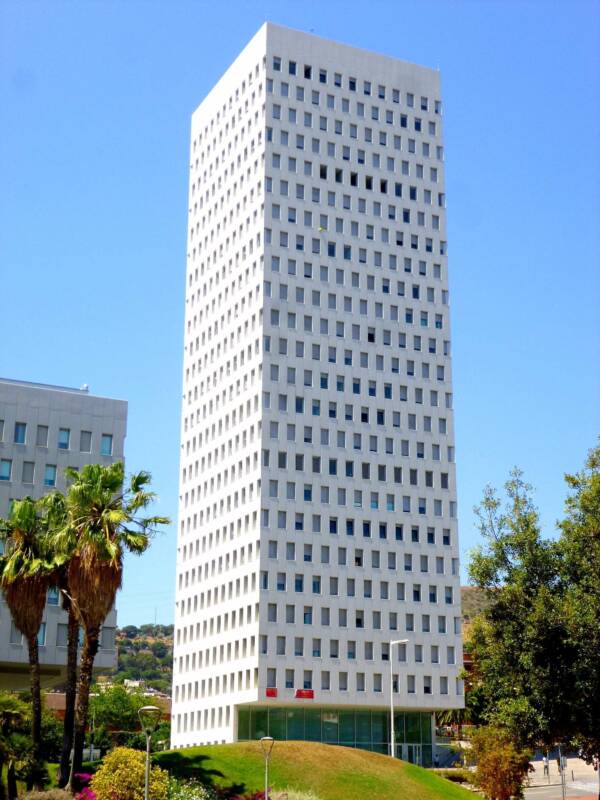 Wikimedia CommonsThe Cubic Building, an architectural attraction itself, is surrounded by statues and art installations.

“A father and son noticed that there was something inside and raised the alarm,” a spokesperson for the police said.

“We found the body of a man inside the leg of this dinosaur statue. We’re still waiting for the autopsy results, so we don’t know how long he was in there, but it seems he was there for a couple of days.”

The spokesperson explained that officers were forced to call the local fire department in order to cut the statue open. While the installation was made of papier-mâché, it contained more rigid components — leaving the retrieval of the body to those with professional tools and experience.

The statue was installed as part of a series of advertising sculptures set in the plaza of the apartment buildings to draw people to a now-shuttered movie theater. The stegosaurus was the last of these papier-mâché sculptures standing. 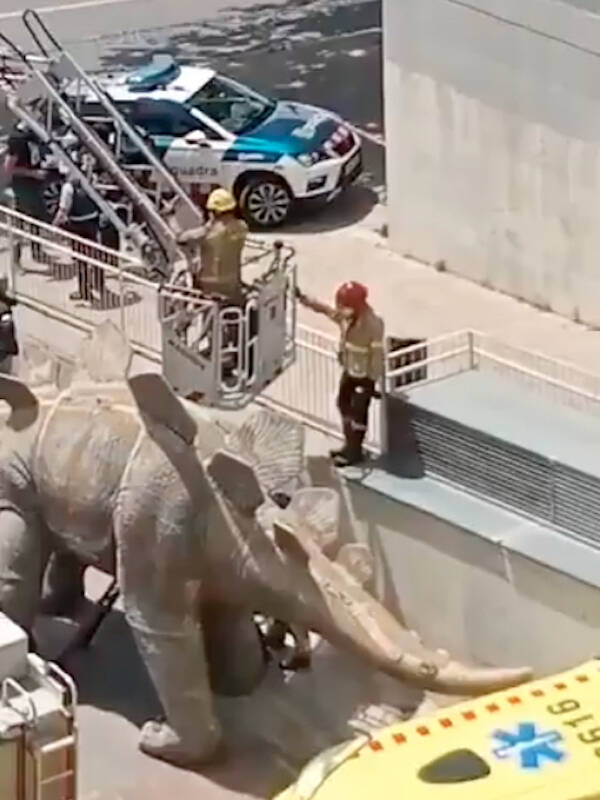 El Mirall.net/TwitterThe fire department had to cut open the statue to remove the body.

“It’s an accidental death; there was no violence,” the police spokesperson said.

“This person got inside the statue’s leg and got trapped. It looks as though he was trying to retrieve a mobile phone, which he’d dropped. It looks like he entered the statue head first and couldn’t get out.”

The man’s shocking discovery marked a traumatizing culmination of his family’s search. He had been missing and out of contact for two days before his discovery. That morning, a family member contacted the police department to report him missing.

Unfortunately, it was too late. And as it stands, the leading theory of how he got stuck makes it all the more tragic. 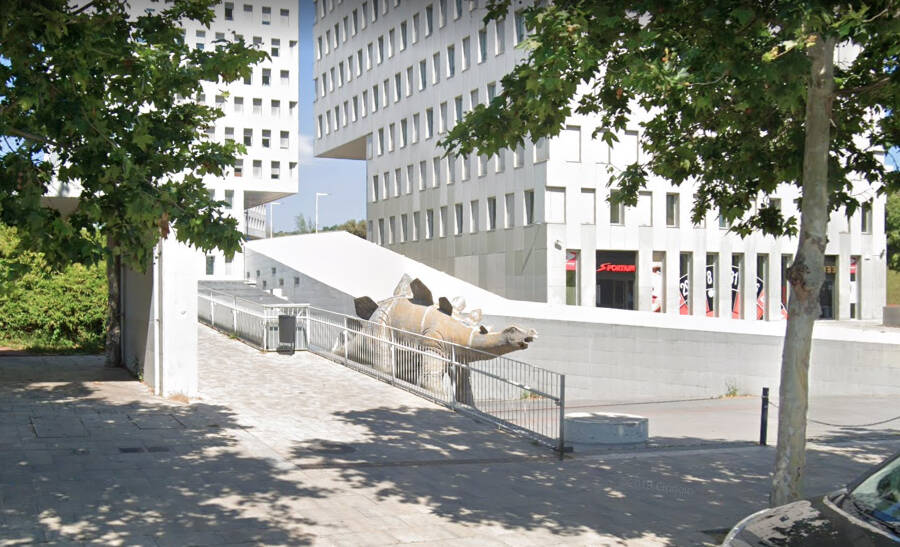 Google MapsThe dinosaur sculpture was the last of a series of advertisements for a defunct movie theater.

With citizens invigorated by the ending of lockdown restrictions and eager to get outside, the man decided to visit the Cubic Building and check out the deteriorating stegosaurus that had stood on the public road for years.

Parts of the statue had opened up to reveal the metal frame inside, and he took out his phone to snap some photos of the unusual sight. But he accidentally dropped it through the opening.

When he tried to retrieve it, he toppled in upside-down and hit his head, leaving him trapped and unable to call for help.

Following the initial news of this horrific accident, mourners left flowers by the leg where the man spent his final moments.

The statue has since been removed.

After reading about the man who was found dead inside of a dinosaur statue in Spain, read about the San Diego woman who died when a man landed on top of her after jumping off a nine-story building. Then, learn about the haunting disappearance of Etan Patz, one of the original milk carton kids.