Linda Lovelace rose to fame after starring in “Deep Throat.” But the story behind the scenes was even more shocking than the film that made her a household name.

Keystone/Getty ImagesLinda Lovelace in 1975, a few years after the release of Deep Throat.

The controversial film was released in theaters at a time when obscenity laws were extreme — and it still became a nationwide phenomenon. Despite its seedy nature and shadowy mob financing, early audiences included high-profile figures like Frank Sinatra and Vice President Spiro Agnew. Some estimated that the movie grossed more than $600 million.

Deep Throat tantalized viewers with its incorporation of an actual plot and character development. But of course, Linda Lovelace was undoubtedly the star of the show. Little did fans know that she had been paid a measly $1,250 to star in the film. And that’s just one part of her tragic story.

The Early Life Of Linda Boreman 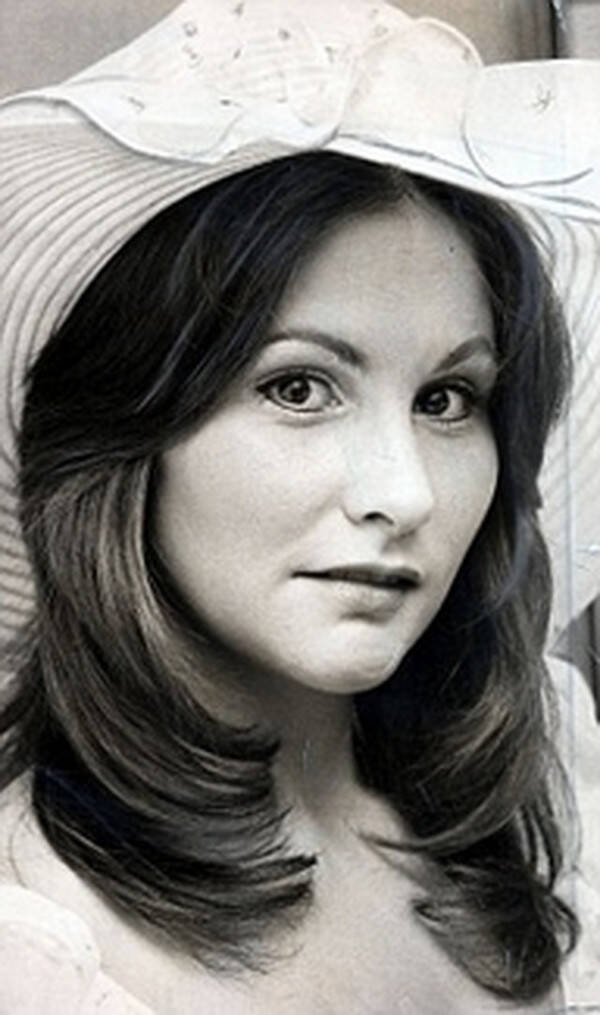 Born Linda Susan Boreman on January 10, 1949, in the Bronx, New York, Linda Lovelace had a rather turbulent childhood. Her father John Boreman was a New York City police officer who was rarely home. Her mother Dorothy Tragney was a local waitress who regularly beat Lovelace.

Aside from a strong belief in corporal punishment, the Boremans were very religious. So as a young girl, Lovelace attended a variety of strict Catholic schools. Afraid of sinning, Lovelace wouldn’t let boys anywhere near her — earning her the nickname “Miss Holy Holy.”

When she was 16 years old, her family relocated to Florida. She made few friends during this time — but she ended up losing her virginity at age 19. Lovelace then became pregnant and gave birth to a child the following year.

While the details about her first child remain somewhat unclear, Lovelace apparently gave her baby up for adoption after she unwittingly signed papers that she failed to read. That same year, she returned to New York City and enrolled in computer school to find her footing as an adult.

Though she planned on opening a boutique, a horrid car crash left Lovelace with a lacerated liver, broken ribs, and a fractured jaw. She returned to her family in Florida — where she recovered from her injuries.

While Linda Lovelace was laying out by a pool, she caught the eye of a bar owner named Chuck Traynor — her future husband, manager, and pimp. 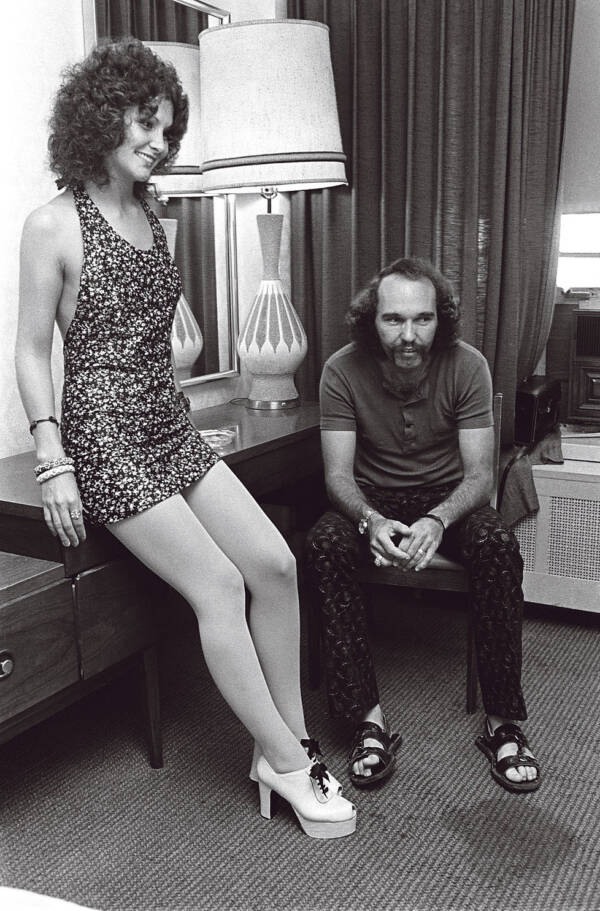 Wikimedia CommonsLinda Lovelace with her first husband Chuck Traynor in 1972.

Linda Lovelace was 21 years old when she met Chuck Traynor, and she was rather impressed by the 27-year-old business owner. He not only invited her to smoke but also offered her a ride in his fancy sports car.

Within weeks, the two were living together. While Lovelace was initially happy to escape her family, it soon became clear that her new lover was quite possessive. He also seemed eager to usher her into a new life.

Lovelace later claimed that Traynor used hypnosis to expand her sexual knowledge. Then, he allegedly forced her into sex work. And at some point early on in their relationship, Traynor changed her last name to Lovelace. 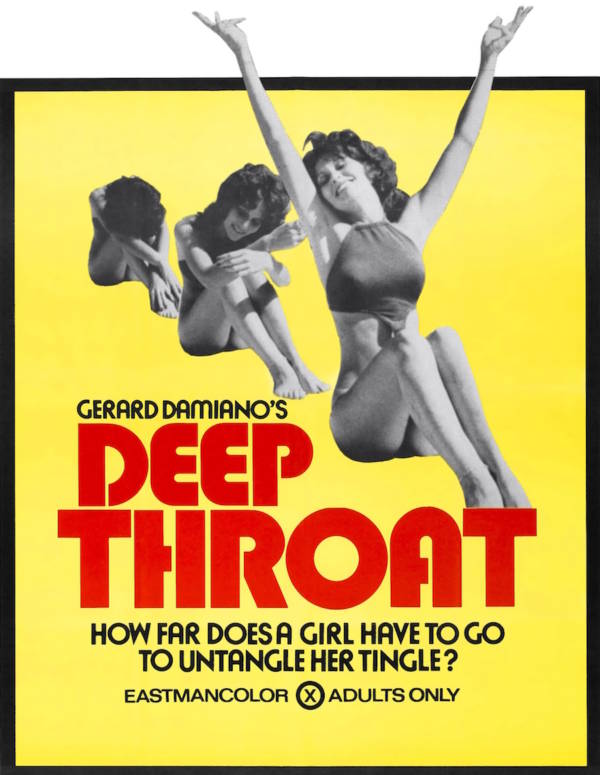 While industry colleagues said that she loved her job, Lovelace later claimed that she was forced into sex work at gunpoint. But despite the alleged abuse and death threats, Lovelace felt that she had nowhere else to turn at that point. And so she agreed to marry Traynor in 1971.

The Success Of Deep Throat 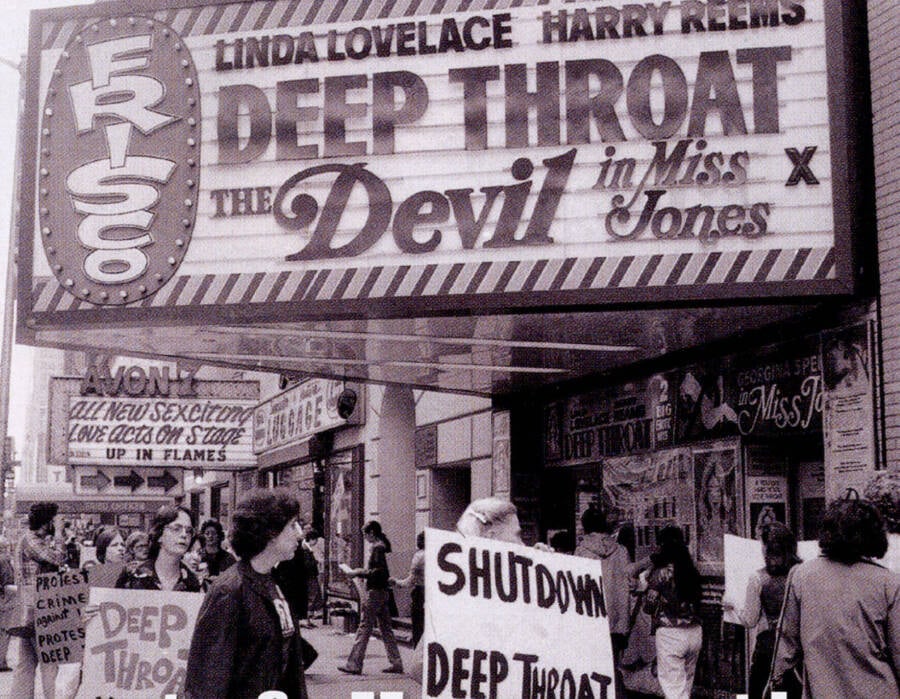 Along with being the first full-length adult film, Deep Throat was also one of the first pornographic movies to feature a plot and character development. While that plot revolved around Linda Lovelace’s character having a clitoris in her throat, it was still a mesmerizing novelty. The film also contained real dialogue and jokes, with co-star Harry Reems playing her psychiatrist.

Damiano financed the film with $22,500. Some of the money came from the mob, which saw adult movies as a goldmine that provided them with the biggest revenue stream since Prohibition. But as for Lovelace, she was only paid $1,250 for her role in the enormously successful film. Even worse, that small amount of money was allegedly confiscated by Traynor.

Since the movie was mostly shot in low-budget Florida motel rooms, nobody had predicted its success. The premiere in New York City in June 1972 was an unexpected hit, with high-profile stars like Sammy Davis Jr. lining up to buy tickets. (Davis was allegedly so entranced by the 61-minute film that he had group sex with Lovelace and Traynor at one point.) 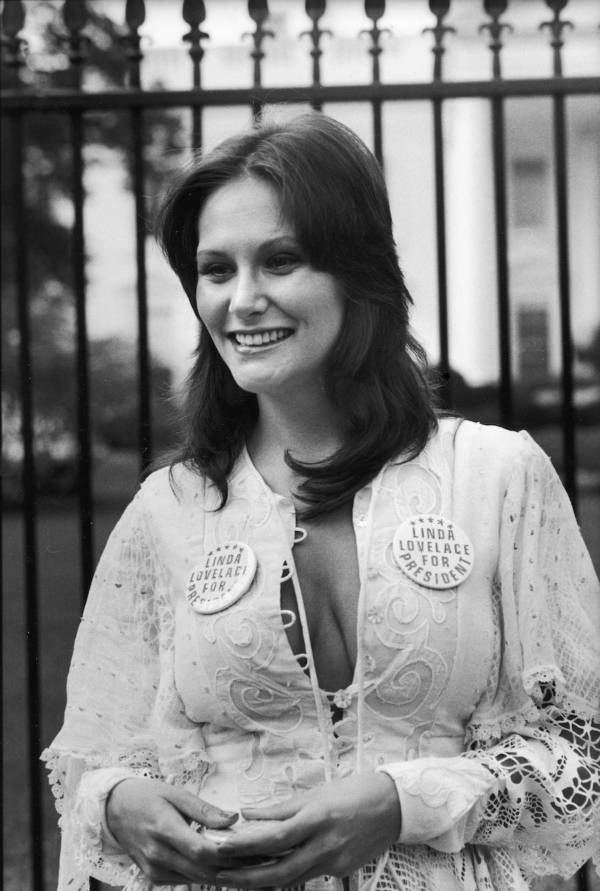 With millions of tickets sold and endless coverage in the news, Lovelace became a celebrity — and one of the top “sex goddesses” of the 1970s. Playboy founder Hugh Hefner even held a party at his mansion in her honor.

The 1973 hearings on Richard Nixon’s Watergate scandal did as well. Bob Woodward and Carl Bernstein — the Washington Post journalists who broke the story — had seen their anonymous FBI source dubbed “Deep Throat.”

However, Linda Lovelace’s fame wasn’t long-lasting. As happy as she seemed to be on camera, she apparently wasn’t smiling behind the scenes.

The Last Act Of Linda Lovelace 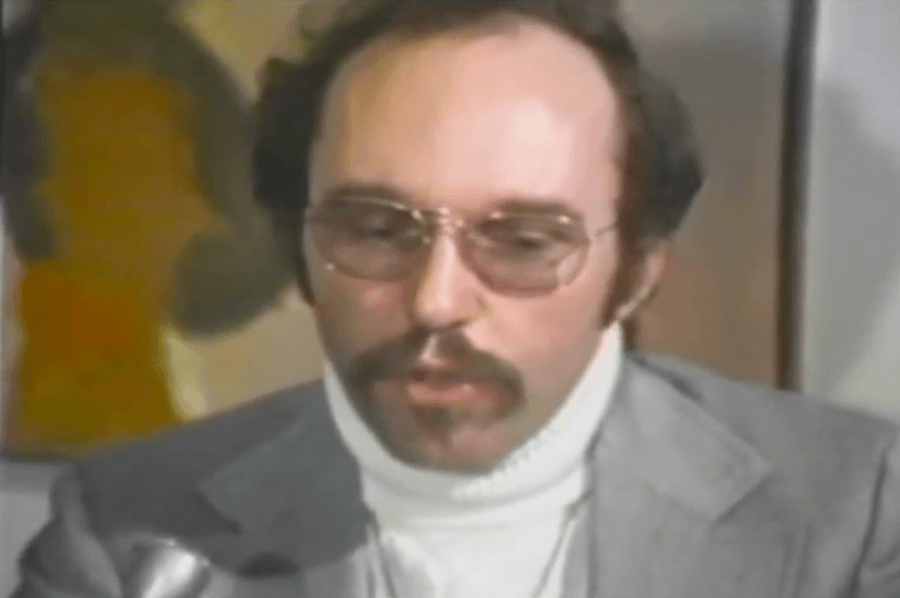 YouTubeChuck Traynor during an interview in 1976.

While some have wagered that Deep Throat made more than half a billion dollars, the true total remains debatable to this day. What is clear is that Linda Lovelace found little success in other endeavors — and soon attracted attention for her legal issues and troubles in her personal life.

In January 1974, she was arrested in Las Vegas for possession of cocaine and amphetamines. That same year, her turbulent relationship with Traynor ended. She soon became involved with a producer named David Winters, who helped her make the comedy movie Linda Lovelace For President in 1976. When it flopped, Lovelace left both Winters and Hollywood.

These claims were met with mixed responses — with some supporting her and others being more skeptical. As for Traynor himself, he admitted to hitting Lovelace, but he claimed that it was all part of a voluntary sex game. 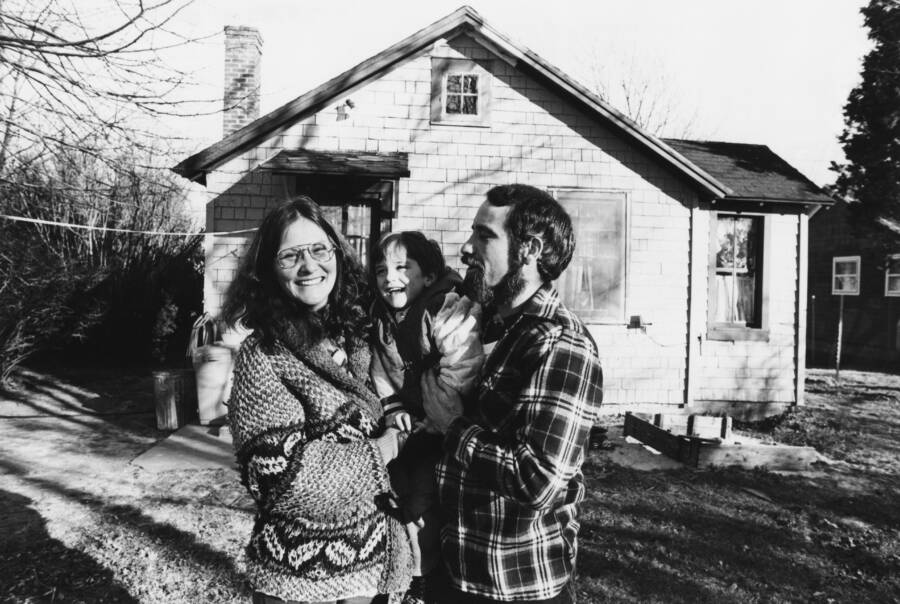 Perhaps most shocking were Lovelace’s claims that she wasn’t acting in Deep Throat — but was actually being raped. When asked why she was seen smiling onscreen, she said that “it became a choice: smile, or die.”

Ultimately, Lovelace changed her last name back to Boreman and became an anti-porn activist. Feminists like Gloria Steinem took up her cause, championing her as someone who had finally regained her voice.

In the end, the true tragedy came a few years later — with another car crash.

On April 3, 2002, Linda Lovelace was involved in a horrific car accident in Denver, Colorado. While doctors tried for weeks to save her, it soon became clear that she would not recover. With Marchiano and their children present, Lovelace was taken off life support on April 22nd and died at the age of 53.

After learning about Linda Lovelace, take a look at the tragic story of Dorothy Stratten, the Playboy model murdered by her husband. Then, check out these raw photos of life in 1970s New York.