First opened in 1933, the White Sea-Baltic Canal was built on the backs of gulag prisoners. By the time it was done, more than 25,000 laborers had lost their lives.

Getty/Laski DiffusionConstruction of the White Sea-Baltic Canal. The canal was constructed between 1931 and 1933 by forced labor of gulag inmates.

The White Sea-Baltic Canal is a testament to the genius of Soviet engineering and to the hardiness of its workers. It stretches 141 miles from the White Sea in far northern Russia, traverses through the dense forests along the shores of Lake Onega, and empties into the Gulf of Finland at the eastern edge of the Baltic Sea.

But it was also the first of many lethal projects executed by the gulag, the USSR’s dreaded slave labor system that swallowed up millions of lives throughout the 20th century.

Initially conceived as a showpiece to demonstrate the superiority of Soviet-style communism, the project reached epic proportions at break-neck speed. Given the blessing of those in the highest levels of power, the canal’s ruthless builders poured tens of thousands of lives into the mud along its banks, completing the historic route in record time while earning worldwide condemnation. But the cost was cataclysmic.

This is the tragic tale of how the gargantuan waterway was built.

The Plan For A Canal To Rival All Others 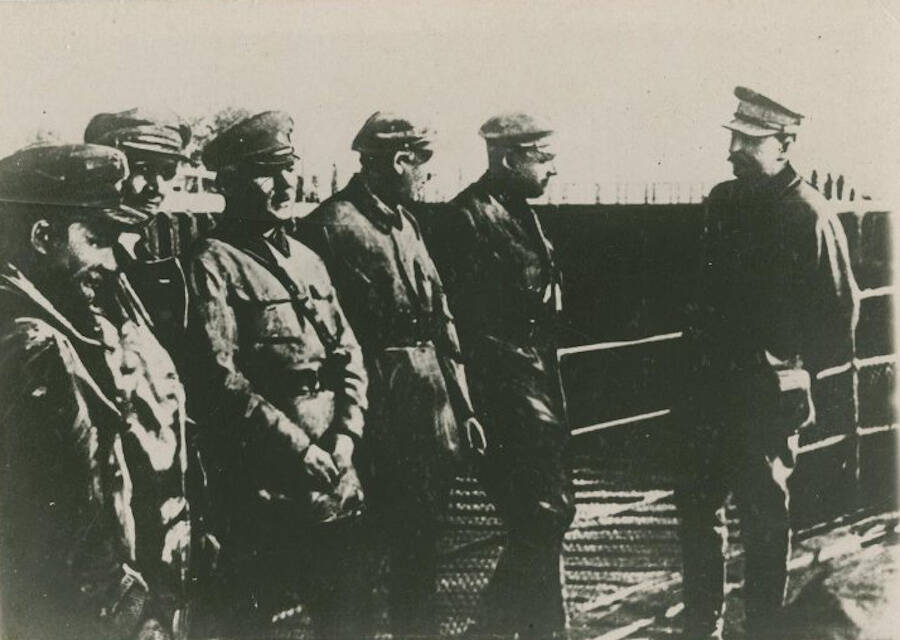 The idea to dig a canal from the frigid waters of the Arctic Ocean to the warm ports in the Baltic was an old one. First dreamed up during the reign of Tsar Peter the Great in the 17th century, plans for a waterway connecting the two seas were repeatedly dismissed, proposed, and dropped in a cycle which lasted throughout the 1800s.

Even in the midst of World War I, Russian naval officers discussed potential routes on no less than three occasions. In each case, private investors considered it too risky, and state funds were too low to support construction.

But the Bolsheviks who came to power in 1917 felt no such reservations. Although they revived the concept as early as 1918, the Russian Civil War prevented any progress from being made until 1929. The year before, Joseph Stalin had initiated the First Five-Year Plan, a nationwide effort to haul the country into the 20th century through widespread economic and industrial advances.

Stalin and his inner circle liked the idea of a monumental project fit to rival the Panama and Suez Canals. And although the projected cost was equally monumental, Stalin had a seemingly bottomless resource at his disposal: prisoners from the gulag system. It is estimated that up to 100,000 inmates would be used in the construction of the White Sea-Baltic Canal.

Welcome To The Belomor Gulag 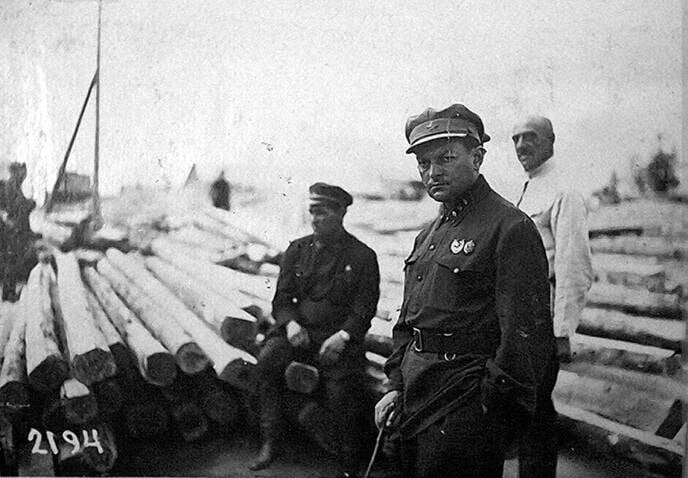 Wikimedia CommonsMajor of State Security Semyon Grigorievich Firin, right, whom ex-prisoner and author Aleksandr Solzhenitsyn called one of “six hired murderers” specially chosen for their bloodthirstiness. Like many of the officers in charge of the canal, he was executed during Stalin’s 1937 purge.

On February 18, 1931, the Central Executive Committee of the Soviet Union decreed that Joseph Stalin’s White Sea-Baltic Canal would be built. Almost immediately, the OGPU — forerunner of the notorious KGB — set about arresting the country’s top engineers and architects.

They accused them of scheming to sabotage Soviet infrastructure and industry. Really, they were needed to design the canal — ideally under house arrest and, therefore, under control.

The military value of transferring warships through western Russia was clear, but the canal’s economic benefits were vaguely defined. Although Molotov and other senior leaders raised concerns, Stalin nevertheless ordered that the work begin.

A brand-new prison, the Belomor (White Sea) gulag, was established, and the first contingent of prisoners was shipped out. To keep costs as low as possible, only materials found along the planned route were to be used: trees from forests on the Finnish border, mud and granite dug from the ground, and trace amounts of concrete toward the end of construction.

The approach was brutally simple: the canal was to be built “Quickly. Sturdily. Cheaply. Less metal, less cement, not a single kopek (penny) of foreign currency, more lumber.”

Backbreaking Conditions In The Gulag 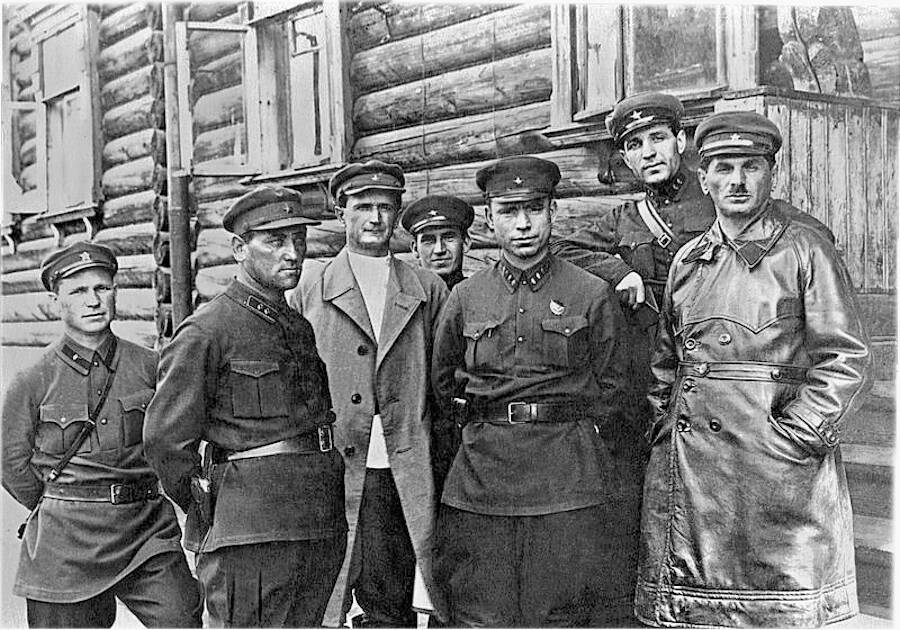 Wikimedia CommonsNaftaly Frenkel (1883-1960), far right, linked prisoners’ work performance to their food, saving the gulag administration enormous amounts of money even as it condemned thousands to a long, slow death.

Digging the canal by hand would take the full strength of the gulag. More than 170,000 prisoners, convicted of both political and ordinary crimes, were forced to move countless tons of soil and stone using pickaxes, spades, handsaws, 70,000 wheelbarrows, and 15,000 horses. Years later, one prisoner wrote:

“There was no technology whatsoever. Even ordinary automobiles were a rarity. Everything was done by hand, sometimes with the help of horses. We dug earth by hand, and carried it out in wheelbarrows, we dug through the hills by hand as well, and carried away the stones.”

Overseeing everything were OGPU armed guards, led by some of the cruelest men in the Soviet secret police. Naftaly Frenkel, a mysterious officer (and former prisoner) of unknown origin who enjoyed Stalin’s personal protection, was chosen to lead the effort.

Once described as “a man with enormous love of power and pride, for whom the main thing is unlimited power,” Frenkel had devised a cruel system of resource allocation linking performance to food.

If a worker met their quotas, they received less than two pounds of bread and three ounces of meat daily. Sick prisoners received half that amount, and those that failed to satisfy their superiors received even less. Those who had been exiled with their families fared no better.

One young boy sent with his parents and six siblings to one of the settlements along the canal remembered their rations:

“…our father, and main source of food, received on behalf of all of us, one-third of a bucket of greenish soup, in whose dark water swam two or three green tomatoes or a cucumber, a few pieces of frozen potato, shaken together with 100–200 grams of barley or chick-peas.”

Justified as a means to economize the camps, the rationing was in effect a death sentence for the sick and weak. They would not survive — and it would be only a matter of time before the strong joined them.

The Catastrophic Human Cost Of the White Sea-Baltic Canal

Under the vicious yoke of Frenkel and his subordinates, 30-strong gangs of the Belomor Gulag hammered and dug through roughly three tons of soil and stone every day, through every season and every kind of weather.

Almost immediately after work began, prisoners began to drop like flies, and at least 10,000 would attempt to escape the hellish construction in the months that followed.

Not counting those who died of injury or illness afterward, more than 25,000 lost their lives on the project and were buried in unmarked mass graves deep in the forests on either side of the canal.

Those who slacked off or resisted could expect slashed rations, simple beatings, or even “the mosquito torture,” in which they were stripped naked and left in the forest as prey for the insatiable mosquitoes of northern Russian summers.

The gruesome routine finally paid off on June 20, 1933, when the White Sea–Baltic Canal was officially completed and opened after 20 months of impossible amounts of labor.

The following month, Joseph Stalin himself made a trip up the canal by steamship, pausing midway at the northern end of Lake Onega to enjoy a stay in a hotel built just for him by prisoners. From the window in his suite, he could survey the system of locks carved out of the Earth by the hands of thousands of slave laborers.

Was The Construction Of Belmorkanal All For Nothing? 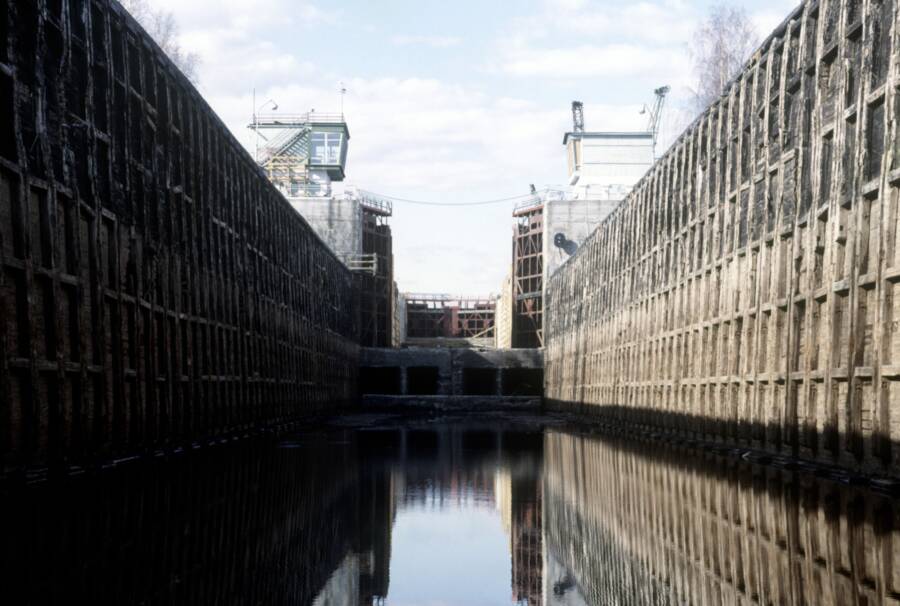 Getty/Wojtek LaskiCaption: The White Sea-Baltic Canal as it appeared in 1994. Despite the horrifying human cost of the project, it required extensive modifications and improvements over the years to be made useful.

When the state announced the canal’s successful completion, celebrations spread across the Soviet Union. Local officials gave speeches, parades were held, and prisoners praised the reformative power of labor.

Some 120 of Russia’s best-regarded writers, including famed author Maxim Gorky, collectively wrote a 600-page book applauding the might of gulag slave labor, the resourcefulness of the secret police, and the ingenuity of Stalin himself. Even a popular brand of cigarettes was named after the finished waterway.

One person who was less than enthusiastic was Stalin. In their haste to meet his two-year deadline, the canal’s builders had skimped on every other aspect of its construction. The Soviet leader’s verdict was as simple as it was crushing: “It is shallow and narrow.”

He was right. At the time it was opened, the canal was only about 11.5 feet deep — far too little for the ocean-going ships which had been envisioned traversing its length.

One gulag guard even remarked that it was so shallow “that not even submarines can pass through it under their own power; they have to be loaded on barges, and only then can they be hauled through.”

The canal was widened and deepened several times, improving its usefulness and spurring the growth of major towns along its length in the 1960s and 1970s. But the exact number of lives lost in its construction may never be known, and no amount of economic progress will ever undo the bloodshed and misery inflicted to satisfy the whims of a dictator convinced of his own, and his people’s, infallibility.

After learning the tragic story of the White Sea–Baltic Canal, find out more about the disaster at Nazino Island, where thousands of gulag inmates lost their lives in the heart of Siberia. Then, read about the sad life of Vasily Stalin, the tortured second son of the Soviet dictator.