In 1865, Constance Kent confessed to murdering her three-year-old brother, Francis, when she was just 16 — but that was just the beginning of this disturbing tale.

Hulton Archive/Getty ImagesConstance Kent was sixteen years old when her brother’s body was found behind her house.

It was known as the Great Crime of 1860. On June 29, 1860, an unknown assailant murdered 3-year-old Francis Savile Kent in a brutal fashion.

Scotland Yard investigated. The public followed the case closely in the press. But the main suspect, 16-year-old Constance Kent, refused to confess to the crime. The police eventually released her and young Francis’s death went unsolved.

The Kent family lived in the peaceful village of Road in Wiltshire. Their home, known as Road House Hill, was an elegant setting for the family of nine and their three servants.

That is, until the night of June 29, 1860. Sometime after midnight, the family dog barked. It wasn’t until morning that a nursemaid discovered the cause: When Elizabeth Gough awoke to check on the three youngest Kent children, she realized Francis was missing.

“The impression of the child was still there, as if he had been softly taken out,” Elizabeth recalled.

Francis was nowhere to be found, and his father, factory inspector Samuel Kent, promised a reward for anyone who could find the boy. 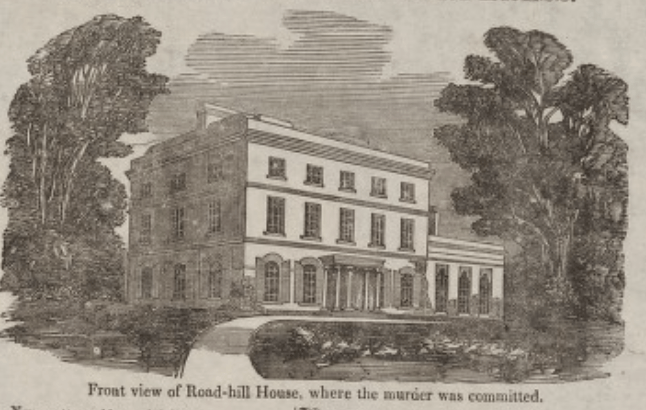 Harvard UniversityRoad Hill House was the location of the brutal crime.

The story ended in tragedy. Local men called in to help with the search found blood in the servants’ outhouse. Someone had stuffed a bloody blanket into the privy — along with the body of young Francis.

Shoemaker William Nutt carefully lifted the body out. “His little head fell off, almost,” Nutt said. The killer had slashed Francis’s throat so deeply that the boy had nearly been decapitated.

Thomas Benger, a farmer who helped find the body, reported, “His throat was cut, and blood splashed over his face … he was a little dark about the mouth and eyes, but he looked quite pleasant, and his little eyes were shut.”

The local police suspected Gough, the nursemaid. How could someone have taken the boy without her noticing? The police theory posited that Elizabeth had snuck a lover into the house and Francis walked in on them. The lovers murdered the boy to cover up their affair. 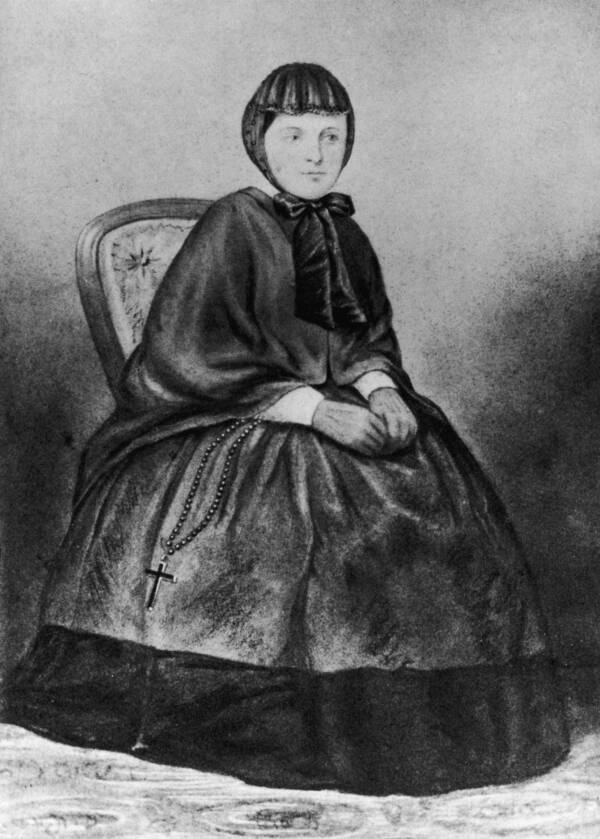 Hulton Archive/Getty ImagesDetectives initially did not suspect Constance Kent of killing her brother — attention focused on the nanny and the boy’s father.

Police arrested Gough on the hunch. Rumors swirled that she confessed — and named father Samuel Kent as her lover. But the nursemaid didn’t confess, and the police eventually released her.

The Morning Post declared, “A crime has just been committed which for mystery, complication of probabilities, and hideous wickedness, is without parallel in our criminal records.”

Detective Inspector Jack Whicher traveled to Wiltshire to investigate the brutal crime. He began to look closely at the Kent family.

Whicher devised a new theory: teenager Constance had killed her brother. Police took Constance into custody while Whicher made the case to Scotland Yard. 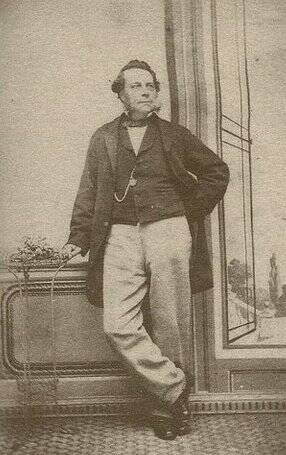 Unknown/WikipediaJack Whicher was one of the first detective inspectors at Scotland Yard. He was convinced Constance committed the murder.

Constance Kent was unusually strong — and “she appears to possess a very strong mind,” Whicher said. She also slept alone and had hidden things in the outhouse in the past.

The only physical evidence connecting Constance to the crime was a missing nightdress — that Whicher believed Constance was wearing when she killed the child.

Still, amateur sleuths following the case were convinced a woman had committed the crime. As Harper’s Weekly explained, “It was generally agreed that a girl or woman must have been concerned in the affair, because after the blanket in which the child’s body was wrapped … [it] had been folded down with a neatness and care that a man was unlikely to exhibit.”

Whicher interrogated the teenager for a week but she refused to break. Finally, he released her and the case went cold. Whicher vowed, “We will only know the truth when Constance Kent confesses.”

Five years later, Constance Kent confessed to the crime. She had acted “quite alone,” Constance promised, but she never expressed a motive for the murder beyond that it was committed “not out of jealousy.”

Harper’s Weekly termed Kent a cold-blooded murderess. “With an iron will, and iron nerves, and an iron wrist, she lifted her own brother from the happy sleep of innocence … and almost hacked his head off.”

Harvard UniversityConstance Kent’s confession made headlines around the world, even inspiring a broadsheet poem version of her confession.

The trial took place in July 1865. Constance pleaded guilty, but refused to answer questions. The entire court case took less than 30 minutes, and the judge quickly sentenced Constance Kent to death by hanging. Queen Victoria commuted the sentence — although little in the historical record indicates why. Constance Kent would then spend 20 years in prison.

After her release, Constance changed her name and sailed to Australia, where her brother William lived. She worked as a nurse and lived until 1944, the year she turned 100.

But many harbored doubts about Constance Kent’s confession. 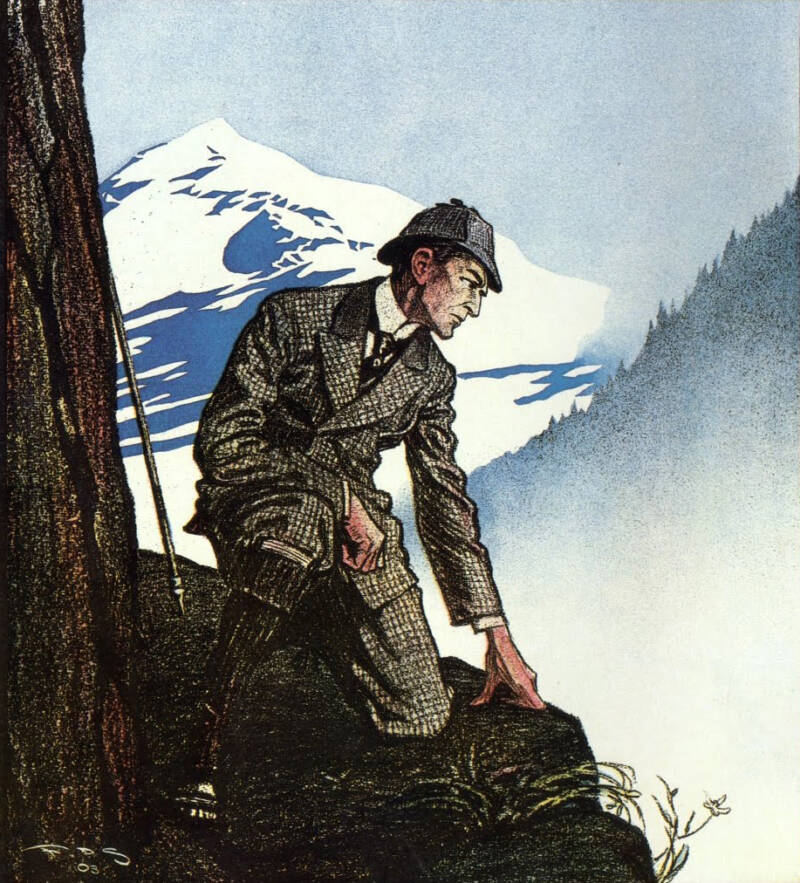 “It does not appear to us that the Road-hill murder has become any the less mysterious even now that Constance Kent has confessed and has come under the penalty of the law,” penned Harper’s Weekly.

Why did Constance commit the brutal crime — and why confess five years later? Was she covering up for the true murderer? What about her father, Samuel Kent? He had a track record of seducing his children’s governesses so perhaps the original theory wasn’t too far off from the truth.

Or was Constance protecting her brother, William? As children, the two had run away to Bath to escape their family. When they were caught, both were beaten and Constance was locked in the basement for two days.

Constance Kent went down in history as a cold, calculating teen killer. But the truth of what happened in Hill House Road the night Francis Kent died may remain a mystery.

In the 19th century, Constance Kent ranked among the most infamous killers. Read about other famous murderers and then check out the history of female serial killers.

Four-Pound, Football-Sized Goldfish Are Popping Up In This Minnesota Lake