During the counterculture era, a tiny Indian state became home to European and American hippies who wanted to flee the West.

Hippies gather in a hut in Goa, India.

As one of the last stops on the Hippie Trail, Goa became a popular destination for young hippies looking to flee Western culture.

The hippie movement was about rejecting materialism and career expectations and accepting things like free love and psychedelic drugs. I Love Goa/Facebook

Hippies and locals mingle together at one of the many markets in Goa. I Love Goa/Facebook

Hippies enjoy one of Goa’s beautiful beaches. 1976.I Love Goa/Facebook

A flea market in Anjuna. 1976.I Love Goa/Facebook

Hippies trekked the Hippie Trail however they could. They walked, hitchhiked, and took cheap buses. I Love Goa/Facebook

Goa’s markets were a business and trade hub, but some items were given away for free if people really needed them. I Love Goa/Facebook

Not only did many of the hippies learn to peacefully coexist with the locals, but they all lived alongside native animals as well. I Love Goa/Facebook

A musical jam session takes place on a beach in Goa, India. I Love Goa/Facebook

A popular variety of hashish (with a not-so-appealing name) readily available at the market.I Love Goa/Facebook

A diverse group of beachgoers at the popular Baga Beach in Goa. I Love Goa/Facebook

A crowd taking a break from partying. I Love Goa/Facebook

It’s said that the first electronic song ever played in Goa was a disco tune by Kraftwerk, a German synth-pop band. A visitor apparently brought it to India on tape in 1970. I Love Goa/Facebook

Hippies in front of their impressive beachside villa. 1970. I Love Goa/Facebook

A chai shop in north Anjuna. 1973.I Love Goa/Facebook

“Eight-Finger Eddie,” a Goa icon, was born with only three fingers on his right hand, but he certainly was not missing any heart. He was always ready to provide shelter or a meal to anyone who needed it.I Love Goa/Facebook

Some newcomers helping with the active fishing trade in their new village home. I Love Goa/Facebook

A legendary Full Moon party in effect in Anjuna. 1970. I Love Goa/Facebook

A birthday party in Anjuna was always a great excuse for a celebration.I Love Goa/Facebook

Hippies were searching for a spiritual home with few authorities and rules. They found that in Goa. And of course, the natural beauty of the state didn’t hurt.I Love Goa/Facebook

A young family at the market in Calangute, Goa. 1971. I Love Goa/Facebook

Young mothers walk on Anjuna Beach with their toddlers. 1976. I Love Goa/Facebook

Children of hippie couples, like other kids of the ’70s, had to seek out their own fun. But today, Goa has a water park, go-karts, and a 5,000-square-foot play area with real snow for kids to play in. I Love Goa/Facebook

A wedding ceremony in Goa. I Love Goa/Facebook

Friends play with a monkey at a gathering. I Love Goa/Facebook

Man with a guitar and a flute in Goa in the 1970s.I Love Goa/Facebook

Hippies on the beach in 1971.I Love Goa/Facebook

A scene from Calangute Beach in 1973. Most of the local population only spoke the Konkani language. But English-speaking locals like “Joe Banana” and early travelers like “Eight-Finger Eddie” helped the hippies communicate better with the natives. The end result was a largely harmonious coexistence. I Love Goa/Facebook

During the 1960s and ’70s, it seemed like all roads led to Goa — a tiny state in India. Those who embarked on the so-called Hippie Trail in Asia often ended up in this unique place — where free love, drugs, and an inclusive culture led to the birth of the Goa hippie movement.

Those who made the trip were usually Europeans and Americans who were involved in the counterculture movement. They typically started in London or Amsterdam and slowly made their way toward Asia. After weeks of walking, hitchhiking, and taking cheap buses, they often ended their trek in Goa.

Some made the journey in search of enlightenment. Others sought to avoid being drafted during the Vietnam War. But many on the Hippie Trail were simply fed up with Western culture. And in Goa, they found a home.

While Goa looks a little different today, the hippie movement lives on in these vintage photographs. Take a trip through time in the gallery above.

How Goa Became A Hippie Haven 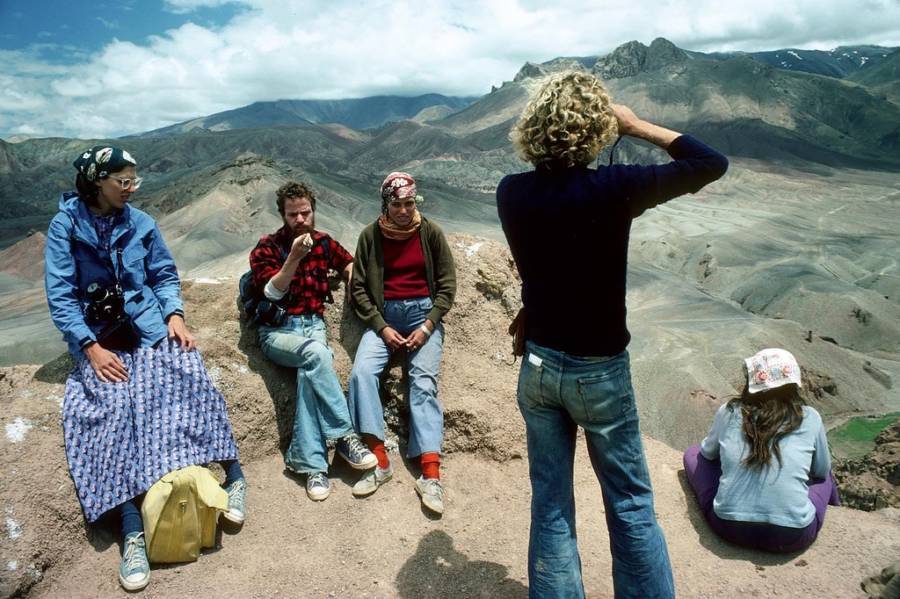 Bruce Barrett/FlickrGoa was the last stop on the Hippie Trail. Here, some travelers pause while trekking through Afghanistan.

Before the hippies learned about Goa, many people who traveled there were Portuguese. Centuries ago in 1510, Portugal established Goa as a colony. And for about 450 years, Portugal reigned over Goan life.

But in 1961 — shortly before the Hippie Trail emerged — Indian troops annexed Goa into India. With that, Goa officially became Indian, but it still kept some European influences in its food, culture, and architecture.

Most notably, Goans maintained traditions like taking a nap in the afternoon and the word “susegad,” which refers to a quiet, relaxed lifestyle.

As hippies arrived from Europe and America, they were awed by the beauty of Goa, which boasted a long coastline and golden beaches. They were also happy to see Goa’s welcoming attitude toward foreigners.

Goa’s lack of police and the abundance of drugs — especially LSD, hashish, and Charas (a similar marijuana resin) — made it an especially attractive destination for people fleeing the rules and regulations of the West.

Here, at the end of the Hippie Trail, early travelers settled down. And word began to spread. Before long, more hippies arrived to enjoy Goa’s relative lack of infrastructure, open-air markets, and friendly locals. 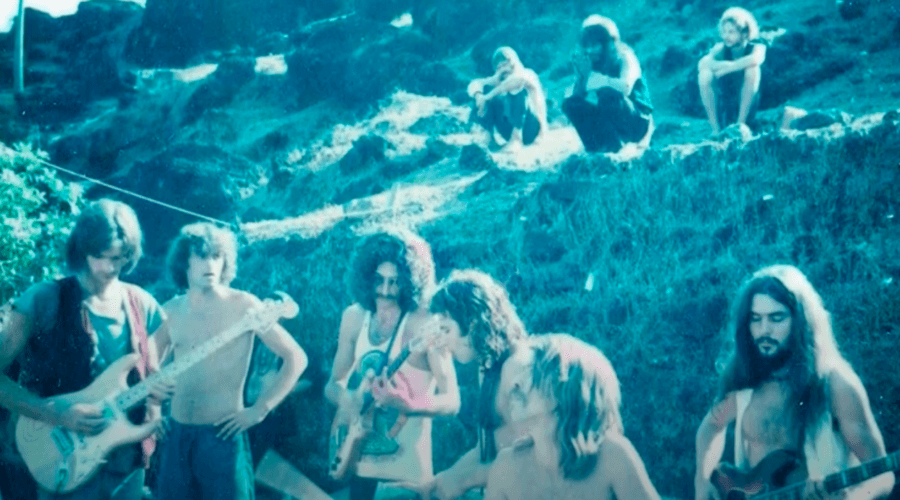 YouTubeHippies play music in Goa during the counterculture era.

In Goa, the hippies built a truly unique community. Many of them congregated along Colva, a beach in the southern part of the state. There, they enjoyed a carefree lifestyle in the village of Anjuna.

An English-speaking local named Diogo “Joe Banana” Almeida ran a cafe in Anjuna that catered to visitors. But he didn’t just serve food — he also gave the wandering hippies of Goa an address. This meant their far-away relatives could send and receive correspondence via the cafe.

“Every letter, or Christmas card, that came had a ‘c/o Joe Banana,'” remembered Diogo’s son, Tony, who inherited the cafe. The Almeida family kept a wooden box that proudly held all the letters.

For anything else they needed, the hippies could simply go to the market. There, they could buy or trade supplies, clothing, and even drugs. One hippie who was known as “Eight-Finger Eddie” ran a soup kitchen and commune in Anjuna for people who were trying to find their way.

But one thing that made the Goa hippie movement unique was the relationship between the travelers and Goa’s natives. The hippies who arrived in Goa were fleeing Western culture. And so many of them sought to integrate with the natives — not to supersede them.

This was “the first movement of people in history traveling to be colonized rather than to colonize,” Rory MacLean noted in Magic Bus, his 2006 book about the Hippie Trail phenomenon. 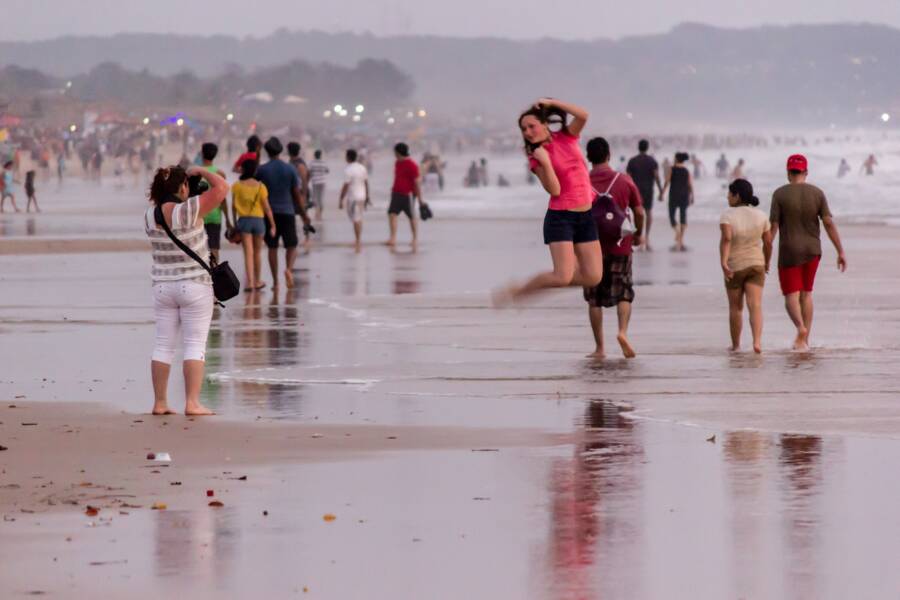 Wikimedia CommonsTourists in Goa in 2013.

The hippie movement in Goa wouldn’t last forever. The outbreak of war along the Hippie Trail in the 1970s and ’80s soon made it too dangerous to travel. Some hippies chose to stay in Goa. But many more left.

Before long, the Indian government began to regulate the businesses that the hippies had set up. To some, this meant the end of the hippie culture that had pervaded the region since the 1960s.

“Goa is not Goa,” said David D’Souza, whose family’s beach hut restaurant from the 1970s is now a nightclub. “It’s India now.”

Instead of hippies, most of the visitors to Goa today are young, newly middle-class Indians looking to spend money. They come to Goa on vacation, or to celebrate events like bachelorette parties.

But even though some in Goa complain about the new tourists — especially those with conservative values — Goa remains a vibrant destination. Many people still enjoy the food, culture, and architecture that Goa has to offer. And the beaches that once drew hippies still enchant today’s travelers.

After reading about the Goa hippie movement, learn more about the history of hippies. Then, check out photos from the hippie communes of the 1970s.