In 1974, Randall Woodfield was drafted and quickly dropped by the Green Bay Packers. Just a few years later, he went on a brutal murder spree — killing up to 44 people.

During his reign of terror up and down Interstate 5, serial killer Randall Woodfield robbed, raped, and mercilessly murdered women. Some he knew, others were total strangers. Using various disguises, he stabbed, beat, and shot his unsuspecting victims before fleeing the scene.

The former professional football player – who was once drafted to play for the Green Bay Packers – ventured on a macabre and murderous road trip along the I-5, managing to evade capture for five whole months.

However, his offending wasn’t confined to this relatively short space of time – Randall Woodfield had been exposing his depraved side long before this, each time slipping through the fingers of justice as his crimes escalated in brutality. 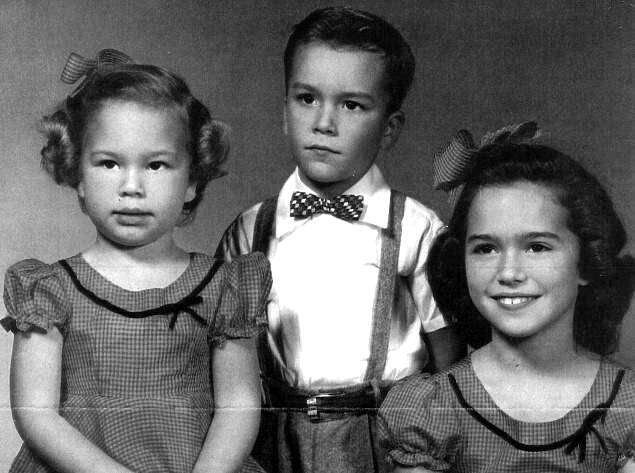 Growing up, Woodfield gave no indication he would grow up to be a sexual deviant, let alone a serial murderer. Born in 1950, he came from a respectable home in Otter Rock, Oregon, growing up with his two older sisters in the picturesque Pacific Coast community.

Woodfield attended nearby Newport High School, excelling in sports. He played football, basketball, and ran track. It would be during these teen years that his penchant for indecent exposure and sexual harassment would rise to the surface: He was apprehended for exposing himself to some local girls on a bridge in town.

He was known as a “peeping Tom”, but suffered no repercussions for his lewd behavior. In fact, his incidents of indecent exposure were kept quiet his coaches to keep him on the football team, and his juvenile record was expunged when he turned 18.

After graduating in 1969, Woodfield went on to attend college in Ontario, Oregon. It was here his behavior escalated to violence, and he was arrested for ransacking the apartment of an ex-girlfriend. Due to a lack of evidence, he faced no repercussions. With the illusion of being unstoppable propelling him, Woodfield’s actions were only going to escalate further.

After Getting Away With His Perverse Behavior So Many Times, Woodfield Felt Unstoppable 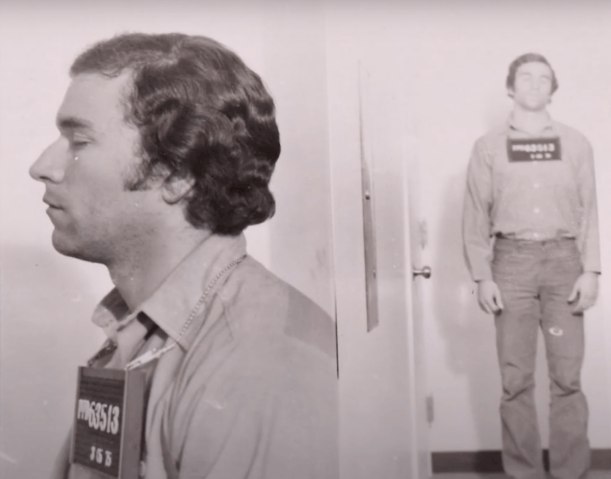 YouTubeWoodfield was arrested when he was young for indecent exposure, but his athletic career suffered no repercussions.

Woodfield transferred to Portland University, where he played for the Vikings as a wide receiver. Here, he ironically became an active member of the group Campus Crusade for Christ. However, he didn’t seem to do a good job of blending in anywhere. His teammates would describe him as someone who didn’t fit in with the rest of the players, with an ex-Vikings teammate saying, “He’d say out-of-the-blue, off-the-wall statements.”

The odd feeling his peers had about him would be proven to be right – during his tenure at PSU, he was arrested a number of times for indecent exposure. Out of these arrests, he was twice convicted for exposing himself to female passersby.

As well as being remembered as being a bit strange by his peers, Woodfield was also remembered as an average player at best. Those who’d played with him were surprised when he was drafted by the Green Bay Packers in 1974. “He did not like contact,” said former teammate Scott Saxton. “The rest of us were like, ‘He got drafted? You kidding me?’”

Randall Woodfield Could Have Had It All 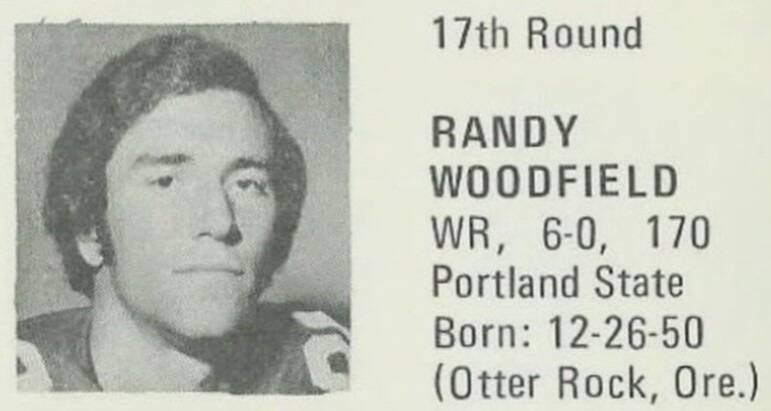 YouTubeWoodfield was drafted to play for the Green Bay Packers, much to the surprise of his teammates

Woodfield was unable to hold down a job for very long and wouldn’t last the year in the NFL. The Packers released him during the pre-season. He was then picked up by the Manitowoc Chiefs but was dropped at the end of the season. Neither team identified a reason for cutting Woodfield, but during his time with both teams, he was allegedly involved in at least 10 cases of indecent exposure across the state.

After his dreams of being a pro football player had been dashed, Woodfield returned to Portland, where his behavior escalated from peeping tom status to victimizing women in even more horrific ways. Woodfield took to holding women at knifepoint, forcing them to perform oral sex while robbing them.

Portland law enforcement was worried about the number of sex attacks occurring in the area and set up a sting operation in the local park with an undercover female officer. Woodfield, the perpetual sex offender, fell into their snare without much effort from police and was arrested. While in custody, he told the police that he had sexual “problems,” impulse-control problems, and an addiction to steroids.

Woodfield pleaded guilty to reduced charges of second-degree robbery and was sentenced to 10 years behind bars in the Oregon State Penitentiary in 1975. He wouldn’t serve even half of this sentence, earning parole after four years. A serial sex offender was back on the streets by 1979. Unreformed, unrepentant, and still harboring a lust for control and power over women, Randall Woodfield was now free to resume his hobbies — only this time, he upped the stakes. 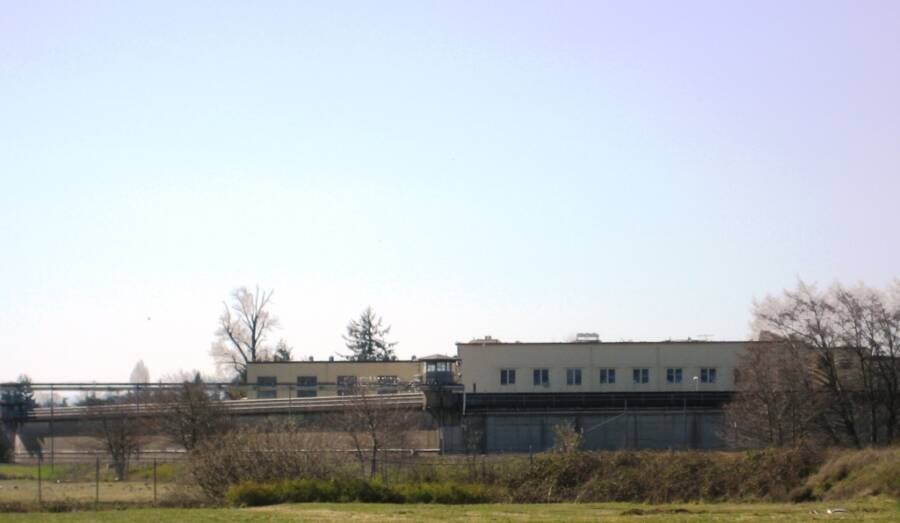 Wikimedia CommonsOregon State prison where Woodfield was locked up

Randall Woodfield was released from prison just in time to attend his 10-year high school reunion. It was here he reconnected with former classmate Cherie Ayers. In October 1980, she was found raped, brutally stabbed, and bludgeoned to death in her Portland apartment. Her murder is considered the first in a five-month crime spree, in which Woodfield would murder seven women up and down Interstate 5. However, some believe his murders are likely six times this number, and he may have committed up to 60 rapes.

A month later, Darcey Fix and Doug Altic were shot to death in their Portland home. They were killed execution-style with a .32 revolver. Fix knew Woodfield; she had been formerly involved with one of his closest friends, but the police had no evidence to suggest that Randy was the killer.

Woodfield wasn’t just confined to rape and murder — he also committed multiple armed robberies, picking out small businesses along the I-5. Convenience stores, ice cream parlors, and gas stations were all at the mercy of an unhinged criminal entering their premises, holding the staff at gunpoint while he sexually assaulted the female staff. The nature of his crimes meant that there were always witnesses to describe the attacker. He was around six feet tall, had a mop of brown, curly hair and dark eyes. However, Woodfield would always throw a red herring into the mix.

Like Most Serial Killers, Woodfield Thought He Was More Intelligent Than Everyone Else 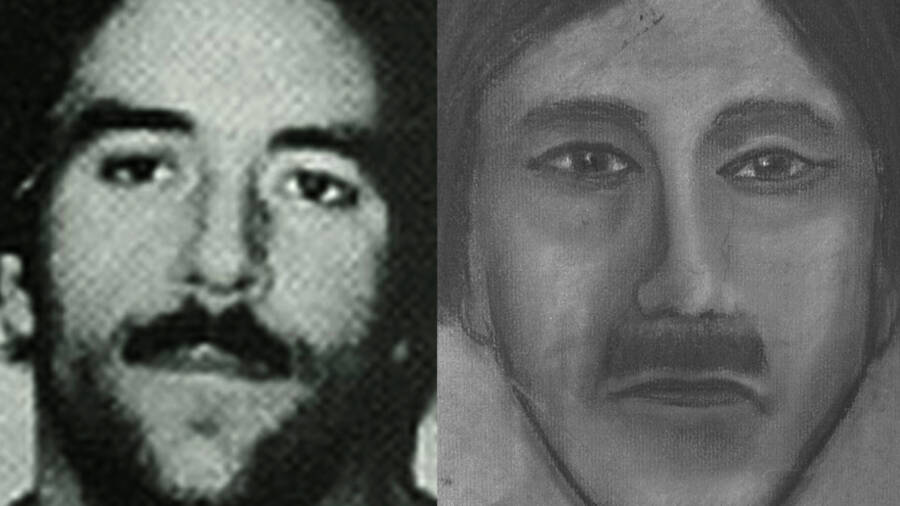 PinterestA police sketch of Woodfield based on witness descriptions of him

Sometimes he wore a bandage or some athletic tape over the bridge of his nose. Other times he sported a fake beard or pulled a hooded sweatshirt over his head to conceal his features. In December 1980, the I-5 bandit, as he was dubbed by the press, held up a gas station in Vancouver, Washington. He was wearing a fake beard. Just four nights later, in Eugene, Oregon, the same bearded man raided an ice cream parlor, then on Dec. 14, he robbed a drive-in restaurant in Albany.

A mere week later, in Seattle, the gunman trapped a waitress in the restroom of a restaurant and sexually assaulted her. Minutes after this, grinning underneath his pretend beard, he ransacked another ice cream parlor and took off with cash in hand.

Despite the red herrings, police were still suspicious of Woodfield due to his connections to several of the victims and the fact that he’d already served time behind bars. The evidence against him, however, didn’t warrant an arrest, and he refused to take a lie detector test.

Woodfield’s perversions never subsided for long, and his attacks on women seemed relentless. In January 1981, Woodfield snuck into an office building in Keizer, Oregon, prowling the corridors until he found his prey. Eventually, he came across Shari Hull and Beth Wilmot, two 20-year-olds who worked in the building. He sexually assaulted the terrified pair and then shot both women in the back of the head. 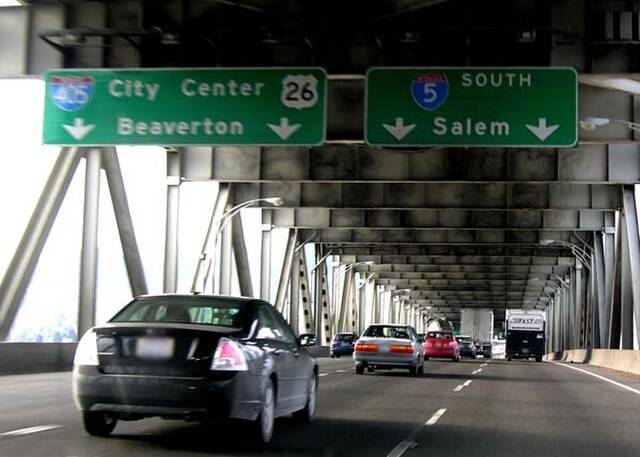 Woodfield’s attempt at silencing his witnesses wasn’t as effective as he’d hoped, however. Hull died from the single bullet to her head, but Wilmot would go on to make sure her attacker didn’t evade justice any longer – but not before he could add more victims to his ever-growing list.

In February 1981, Donna Eckard and her 14-year-old daughter were found slaughtered in their home at Mountain Gate, California. The tragic scene was discovered with mother and daughter together in bed, each shot several times in the head. The child had been sodomized. Mere days later, a similar crime was reported from Yreka. Woodfield continued his sick road trip, holding up stores and sexually assaulting the clerks before he fled.

Julie Reitz was a former girlfriend of Woofield and, on February 15, was shot and killed at her home in Oregon. This led the investigation to focus on Woodfield, but the police couldn’t keep up with him. By Feb. 28, he had struck three more times, but police were hot on his tail.

Woodfield was finally apprehended on March 3, 1981, and was subsequently interrogated. Two days later, his apartment was thoroughly searched. On March 7, several victims picked him from a police lineup — including Beth Wilmot, the young woman he thought he’d killed with a bullet to the head.

The case against Woodfield gathered steam quickly. An abundance of incriminating evidence and indictments came rolling in from jurisdictions in Washington and Oregon, including multiple counts of murder, rape and sodomy, attempted kidnapping, and armed robbery.

Beaverton Police Chief David Bishop said of the killer’s pattern, “All of a sudden it became obvious: It was a map of I-5. Woodfield was addicted to the phone. He made thousands of calls. He had ‘girlfriends’ everywhere.”

Despite zipping from crime to crime as quickly as he could, Woodfield always made time to stop and call his many girlfriends at nearby payphones — something that would help snare the killer and tie him to the crime scenes. 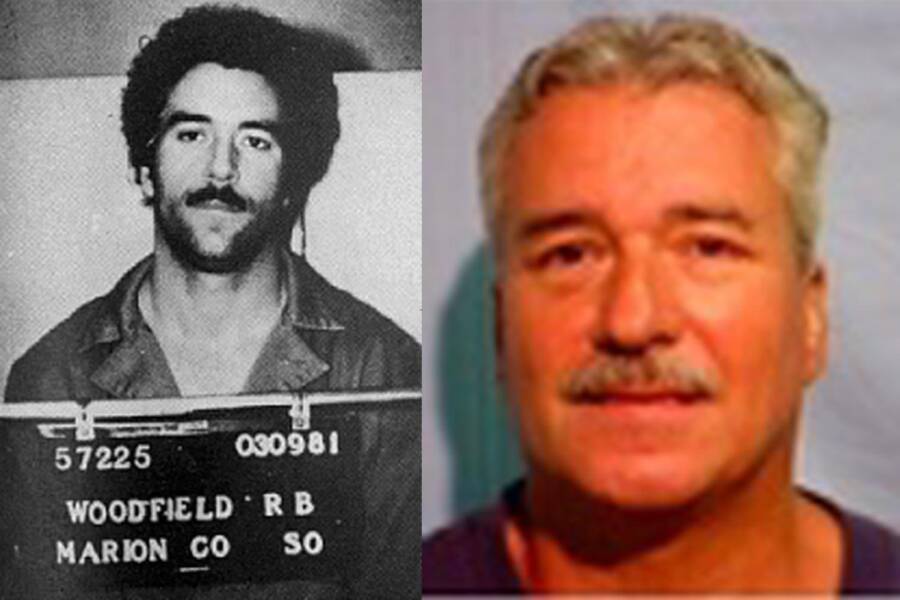 Oregon Department of CorrectionsWoodfield still shows no remorse for his crimes

He was ultimately found guilty of Shari Hull’s murder, the attempted murder of Beth Wilmot, as well as two counts of sodomy. Another 35 years were added to his sentence later that year when he was again convicted of sodomy and weapons charges for his attack on a woman in a restaurant bathroom. However, the story wasn’t quite over.

Advances in forensic technology would help to charge Woodfield in several more murders. In 2012, his DNA tied him to five more, of which he was suspected but unindicted. These included Darcey Fix and her boyfriend, as well as Donna Eckard and her daughter Jannell. He was also found guilty of the murder of Julie Reitz.

While Woodfield tried to cover his tracks with disguises and erratic behavior, his crimes escalated rapidly, and he knew some of the victims, which marked him as a suspect. Ultimately, Woodfield wasn’t as clever as he thought he was. Despite never admitting to any of the crimes he committed, overwhelming evidence and advances in DNA technology mean he’ll never walk free again.

After reading about the crimes of Randall Woodfield, learn how Ted Bundy helped catch America’s worst serial killer, Gary Ridgway. Then, read about Judy Buenoano, the ‘black widow’ serial killer who murdered her family — and almost got away with it.