The beads were displayed in Arundel Castle and believed to have been held by Mary, Queen of Scots, just before her execution in 1587.

RDImages/Epics/Getty ImagesMary, Queen of Scots’ rosary beads and Bible as displayed in Arundel Castle — before the heist.

Arundel Castle is nearly 1,000 years old and rightfully protected as a British historic site. On the outskirts of London, its curated grounds and the treasures displayed within are once again drawing crowds as lockdown restrictions are lifted. Unfortunately, art thieves recently took advantage of the situation — and boosted $1.4 million worth of artifacts.

The Medieval castle heist on May 21 saw a litany of gold and silver valuables disappear, with the rosary beads formerly owned by Mary, Queen of Scots, most devastating. While all of the stolen items were costly, a spokesman for the castle trustees said they had “immeasurably greater and priceless historical importance.”

It happened only three days after historical sites in England were allowed to reopen. A clandestine heist of this magnitude thus came as a shock. Police have already discovered that the items were snatched from a display cabinet, according to The New York Times — and found an abandoned car on fire in a nearby village.

“We therefore urge anyone with information to come forward to the police to assist them in returning these treasures back where they belong,” the castle trustee spokesman said. 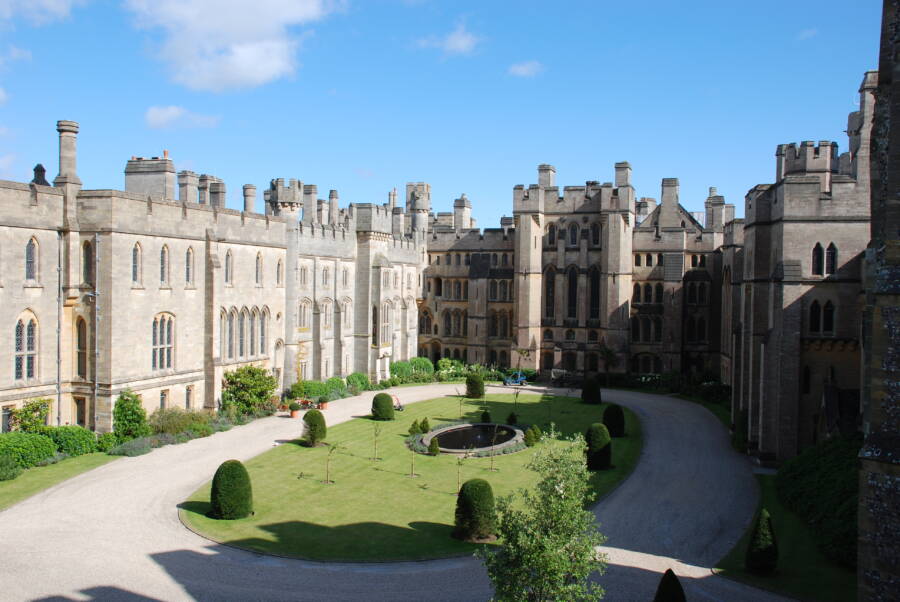 Wikimedia CommonsThe courtyard of Arundel Castle, where thieves made off with priceless artifacts.

Despite Arundel Castle having recently reopened for visitors, the thieves appeared to have snuck in through a window. Alarms sounded within minutes, at around 10:30 p.m., according to Smithsonian. Nonetheless, the perpetrators had already grabbed the rosary and several coronation cups gifted to Mary and fled.

Arundel Castle serves as the seat of the Duke of Norfolk. Its trustees are naturally just as concerned about securing the missing silver and gold treasures as they are about having the rosary beads returned. On the other hand, historians have called this golden artifact “irreplaceable” — as it certainly has quite a history.

Mary Stuart was crowned Queen of Scotland six days after birth. She later not only lost three of her husbands but was betrayed by her own cousin, Queen Elizabeth I — and forced to abdicate the throne. Denounced as a traitor, Mary, Queen of Scots, was executed for treason at Fotheringhay Castle in 1587.

Adding to the missing artifact’s historical significance is that it’s possible Mary used the rosary in her final moments. Accused of plotting her royal cousin’s assassination, she may have held the beads while reciting her very last prayers before execution. Her grisly death was infamous for the axman needing three strikes to lop her head off. 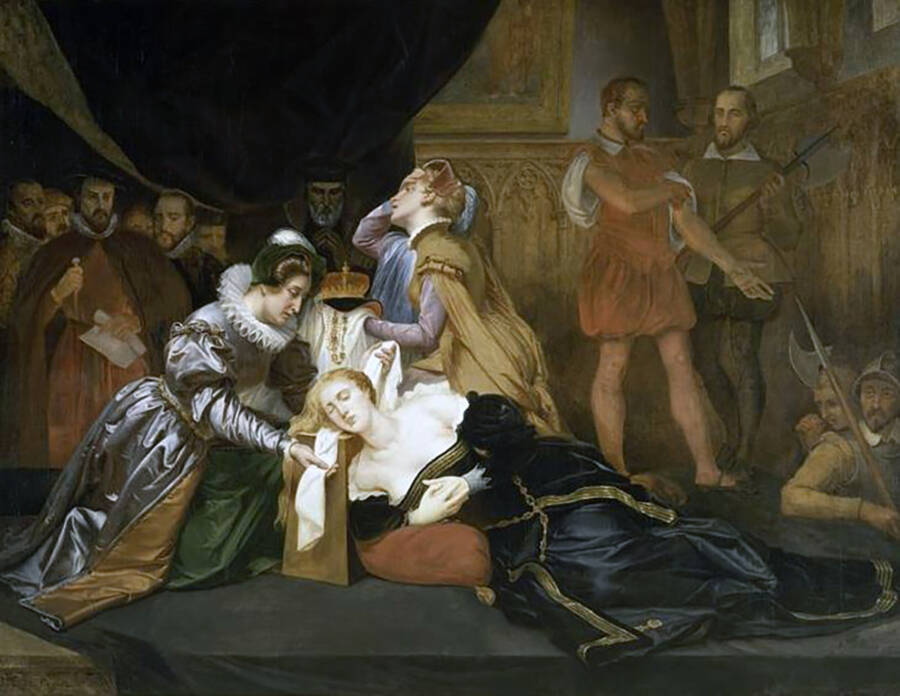 Wikimedia CommonsA depiction of the execution of Mary, Queen of Scots.

Professor Kate Williams, a historian of the University of Reading, said the beads “symbolize her resistance — the only resistance she had left — against what was done to her.”

Perhaps most tragic about the beads, now lost to unscrupulous thieves, is that most of Mary’s belongings were burned to prevent them from turning into relics. She had refused to convert to Protestantism before her execution and likely clung to her rosary as a last resort — making them infinitely more valuable than gold.

Naturally, art thieves historically don’t care for such sentimental matters. As director of recoveries at The Art Loss Register, James Ratcliffe spends his days combing through databases of stolen art. He believes the Arundel heist was “definitely targeted,” and that the thieves might have even spent the night there before.

Officials are concerned that the criminals may consider melting their bounty down in order to sell it without unnecessary scrutiny. While they could make as little as $71,000 by doing so, it wouldn’t require them to convince buyers to risk potential prosecution for purchasing stolen goods. 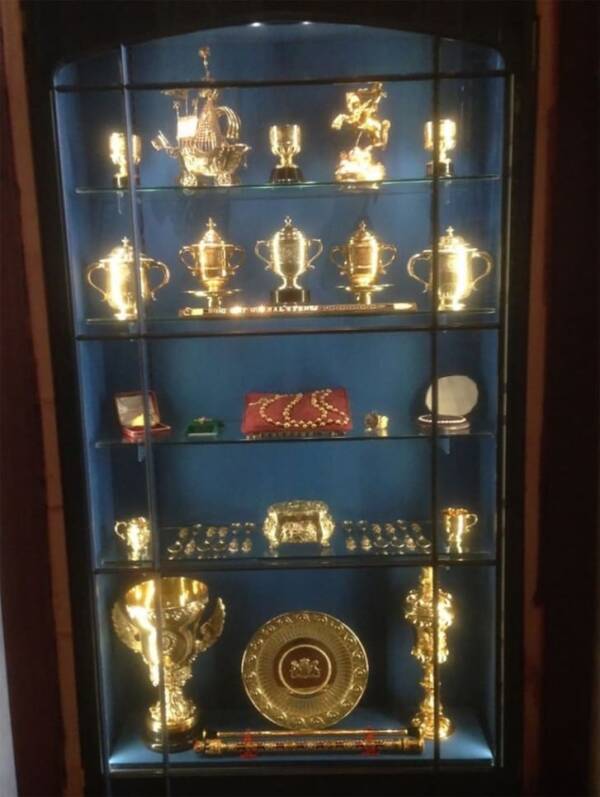 Sussex PoliceThe display case that the items in question were stolen from.

He described this destructive possibility as the “worst-case scenario,” and is hoping that the thieves “see reason” before opting to melt the valuables down.

The art thieves were not only aware of the COVID-19 lockdown restrictions being lifted, but that would mean prized items would be on display. Naturally, they also boosted one of the most invaluable artifacts held within the castle, and seemed to be informed about the alarm system, how to enter — and how to escape undetected.

While Sussex Police Detective Constable Molly O’Malley is asking anyone with information to come forward, it seems unlikely that these thieves would jeopardize their success by acting suspiciously in front of visitors. Ultimately, the abandoned car nearby might be the most promising bit of evidence — had it not been burnt to a crisp.

After reading about the gold rosary of Mary Queen of Scots being stolen in a $1.4 million art heist, learn about the life and grisly death of Mary, Queen of Scots. Then, read about archives showing Henry VIII planned every detail of Anne Boleyn’s beheading.