A century-old message in a beer bottle discovered in Detroit, the earliest animal carvings ever found in Scotland, and Roman-era decapitations uncovered in England.

Daniel Mears/The Detroit NewsThough workers were tempted to remove the message from the bottle right away, they held back, fearing, “If we did anything to remove it, we would have destroyed it.”

Construction workers renovating a train station in Detroit just found a century-old message in a bottle wedged inside one of the walls. Though some of the writing is nearly impossible to make out, it’s believed to read, “Dan Hogan & Geo Smith stuck this ceiling of Chicago, July 1913.” 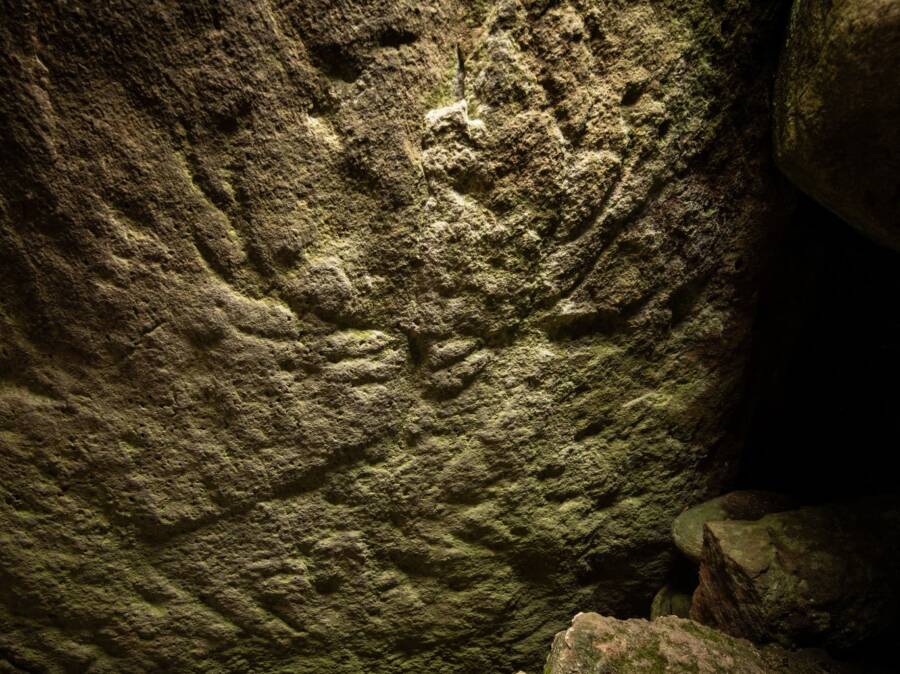 Historic Environment ScotlandThe carvings have been dated to the Neolithic or Early Bronze Age, and are between 4,000 and 5,000 years old.

A Scottish archaeology student accidentally made the discovery of a lifetime while taking an evening walk. Hamish Fenton was cutting through Kilmartin Glen, a prehistoric Scottish landmark known for its mound tombs and geometric carvings, when he thought to look inside a cairn tomb on the outskirts of the ancient site.

When his flashlight illuminated the ceiling of the massive stone tomb, Fenton discovered carvings of deer in the rock. Experts say the discovery will rewrite the history of ancient Scottish art.

Dig deeper in this report. 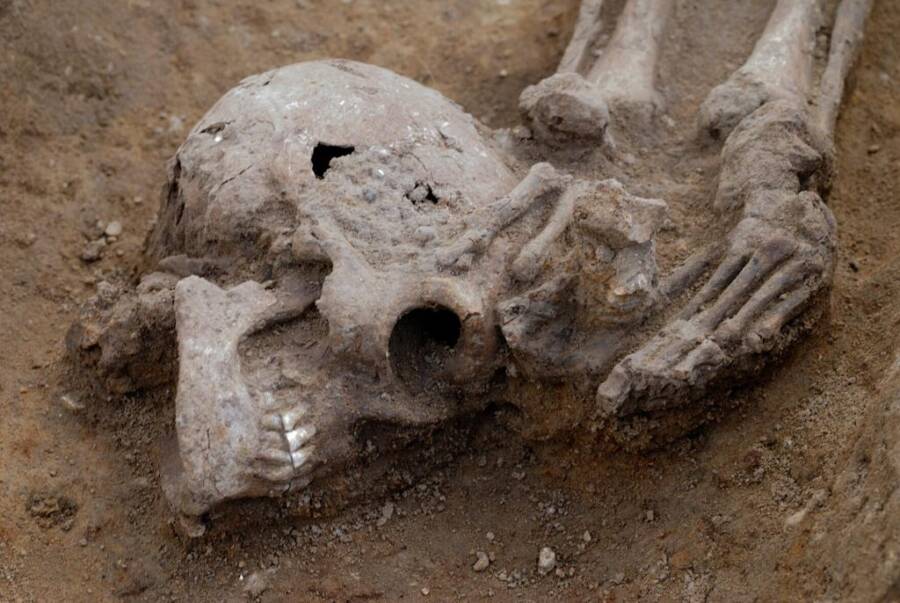 Ancient Romans left an enduring mark on present-day Britain. Crumbling stone walls across the island speak to their once-vast empire. But a cemetery uncovered in Cambridgeshire highlights another legacy of Roman rule — its brutality. Here, archeologists discovered a high number of decapitated skeletons, likely belonging to people who somehow offended their conquerers.

Archeologists from the Cambridge Archaeological Unit made the discovery at Knobb’s Farm in Cambridgeshire, some 70 miles north of London. There, between 2001 and 2010, they unearthed three Roman-era cemeteries from the third century.

But these cemeteries stood out. Of the 52 burials, 17 were decapitated, and 13 were buried face down.