The prehistoric drawings clearly depict five red deer, including two with fully-grown antlers. They predate any similar images of animals by about 2,000 years.

Historic Environment ScotlandThe carvings have been dated to the Neolithic or Early Bronze Age, and are between 4,000 and 5,000 years old.

A Scottish archaeology student accidentally made the discovery of a lifetime while taking an evening walk. Hamish Fenton was cutting through Kilmartin Glen, a prehistoric Scottish landmark known for its mound tombs and geometric carvings, when he thought to look inside a cairn tomb on the outskirts of the ancient site.

When his flashlight illuminated the ceiling of the massive stone tomb, Fenton discovered carvings of deer in the rock. Experts say the discovery will rewrite the history of ancient Scottish art.

“I was passing Dunchraigaig Cairn at dusk when I noticed the burial chamber in the side of the cairn and decided to slide inside with my torch,” Fenton, who studies at Bournemouth University, said.

“As I shone the torch around, I noticed a pattern on the underside of the roof slab which didn’t appear to be natural markings in the rock.” 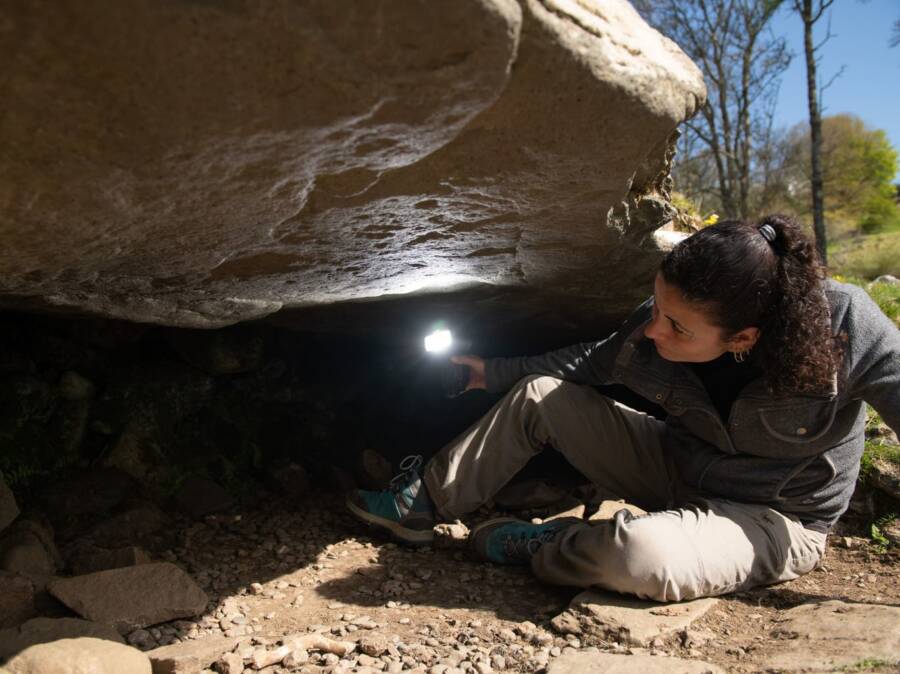 The carvings depict two adult male red deer with mature antlers and three younger deer. Historic Environment Scotland (HES) has officially dated them to the Neolithic or Early Bronze Age between 4,000 and 5,000 years ago — officially making them the oldest figurative drawings of animals in Scotland.

Kilmartin Glen is renowned for its prehistoric cemetery. The site spans about 1.2 miles and forms a line that holds five burial mounds. Dunchraigaig Cairn sits slightly southeast of the others.

The tomb is lined with drystone, capped with an 11.5-foot stone, and contains three separate burial chambers. 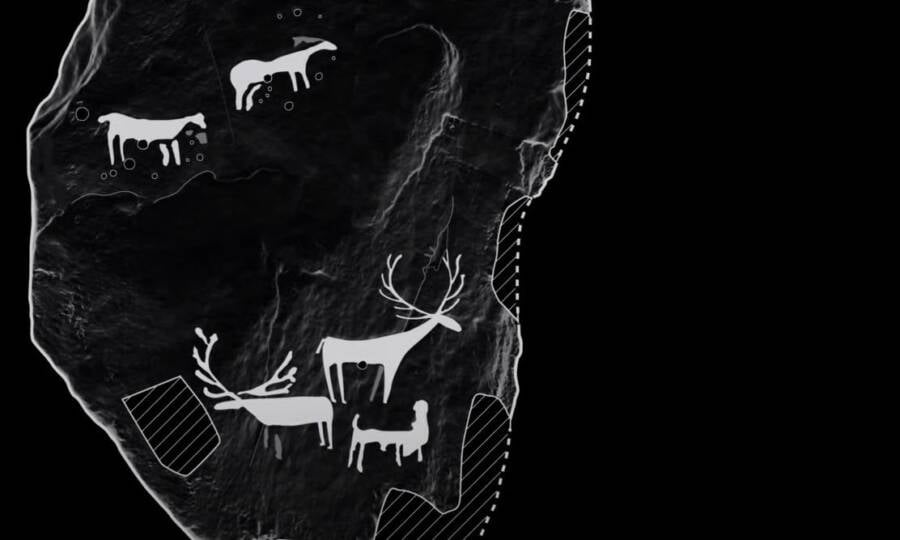 Historic Environment ScotlandThe layout of Dunchraigaig Cairn and location of the discovered carvings.

Archaeologists have found mass graves in mounds like this before, but 10 was unusual for Bronze Age burials. Fenton’s discovery has reshaped archaeologists’ understanding of the tomb even further, as most of the 3,000-plus prehistoric carvings in Scotland are “cup and ring” markings comprised of circular patterns.

“I could see that I was looking at a deer stag upside down, and as I continued looking around, more animals appeared on the rock,” Fenton said.

“This was a completely amazing and unexpected find and, to me, discoveries like this are the real treasure of archaeology, helping to reshape our understanding of the past.”

“It’s remarkable that these carvings in Dunchraigaig Cairn show such great anatomical detail and there is no doubt about which animal species they represent,” said Dr. Barnet.

“It was previously thought that prehistoric animal carvings of this date didn’t exist in Scotland, although they are known in parts of Europe. So it is very exciting that they have now been discovered here for the first time in the historic Kilmartin Glen.” 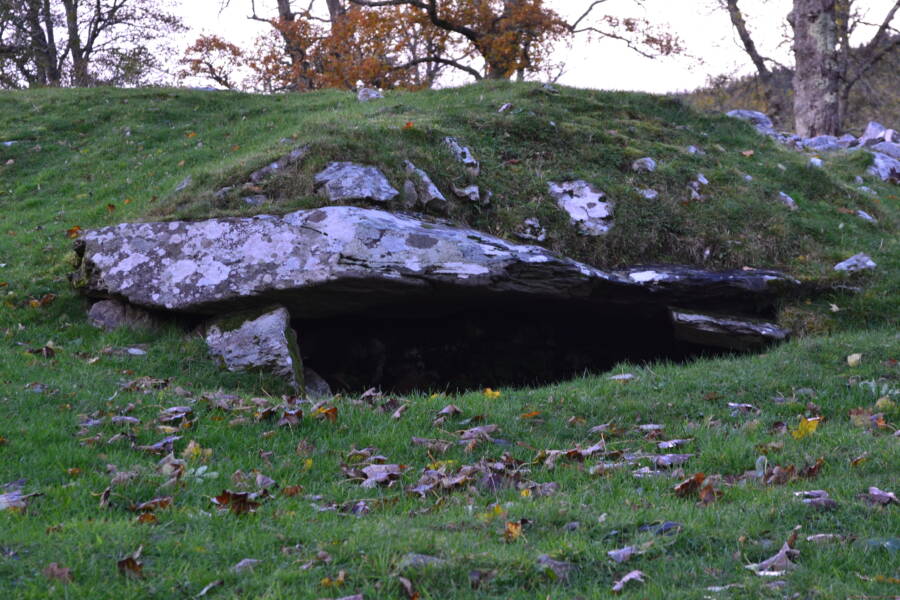 The discovery was cordoned off before being digitally safeguarded by researchers with the Rock Art Project. The detailed 3D scans taken at the scene only further illuminated what exactly was carved into the walls, revealing imagery that was difficult to see with the naked eye.

The models have been made available to the public for online viewing.

“Digital technology is becoming increasingly important for archaeology, and particularly for rock art, and is a key to unlocking the hidden secrets of our past,” she said.

“This incredible discovery in Dunchraigaig Cairn makes us wonder if other animal carvings previously unknown to the U.K. are hidden in unexpected places in our ancient landscapes, waiting to be uncovered in the future.”

After reading about the prehistoric carvings of deer discovered in Scotland, learn about 12,500-year-old rock art hailed as the “Sistine Chapel of the ancients” found in the Amazon jungle. Then, read about the Viking sacrificial cave in the shadow of a volcano.