On August 20, 1994, Tyke the elephant tried to escape her abusive circus in Hawaii. But sadly, she only enjoyed a half-hour of freedom before she was shot dead.

Wikimedia CommonsAfter she fled the circus arena, Tyke the elephant ran wild on the streets of Honolulu.

Captured from Mozambique as a baby in 1973, Tyke the elephant was trained as a circus animal from an early age. Shipped to the United States, Tyke was quickly sold off to the Hawthorn Corporation — a company that supplied animals to circuses. Sadly, she then endured years of abuse by her handlers. But it was only a matter of time before she fought back.

Unfortunately, that fateful day in 1994 saw the streets of Hawaii run red with elephant blood. After several performances on the mainland United States, Tyke had been shipped to Honolulu. The 21-year-old animal was soon ushered into the Neal S. Blaisdell Center for yet another show.

But Tyke had other plans. Not only did she kill her trainer, but she also seriously injured her groomer — much to the horror of the audience. Desperate to escape, she then made a mad dash for the exit.

Running through the streets outside, Tyke enjoyed more freedom than she’d seen in about two decades. But sadly, it didn’t last long before she was cornered by police — and gunned down by 87 bullets.

The Life Of Tyke The Elephant 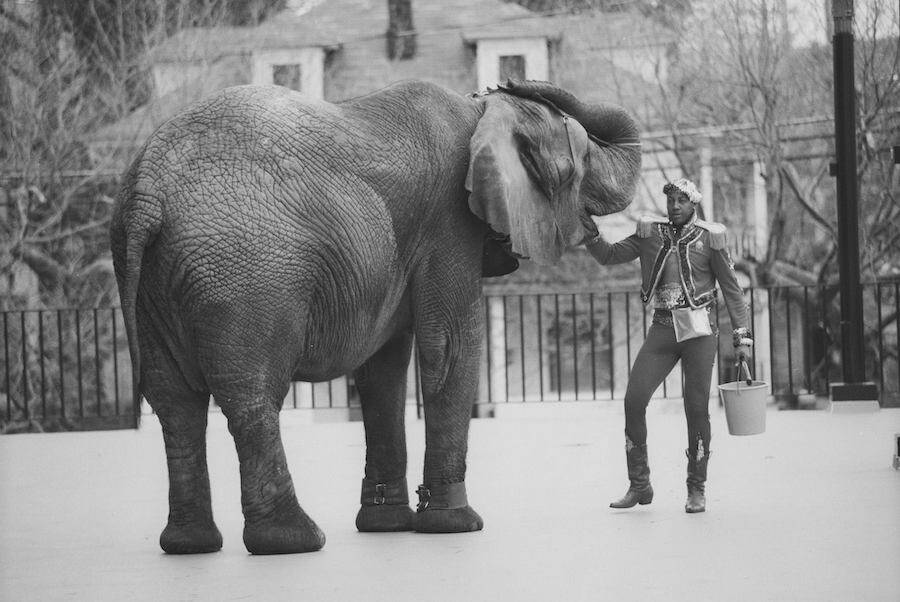 FacebookTyke with her trainer, Tyrone Taylor, after one of her multiple escape attempts.

As chronicled in the 2015 documentary Tyke Elephant Outlaw, Tyke didn’t have an easy life. And sadly, her experience was no anomaly. Like many elephants captured in the wild and sold to the Hawthorn Corporation, Tyke was forced into abusive servitude as a circus performer early on.

Born in the early 1970s in Mozambique, Tyke was snatched up as a baby and pressured into rigorous training from a young age. Some of her former trainers — like Tyrone Taylor — claimed to have a deep affection for Tyke. But there’s no question that her living conditions were inhumane.

Chained up for 22 hours per day, Tyke the elephant spent her remaining time in training sessions — which often involved shouting, denigration, and abuse. Her former handler Sally Joseph admitted that she was “an unhappy camper.” But instead of backing down, Tyke began to rebel.

From attacking trainers to running amok in the arena, it was obvious that Tyke wanted to leave the circus. And in April 1993, Tyke became especially enraged during a performance in Altoona, Pennsylvania. During that show, she literally shook her handlers off and attempted to escape.

“Then I knew she was a runner,” Taylor said, fearing that the next outburst would be worse. But tragically, no one heeded the warning signs.

The Heartbreaking Death Of Tyke 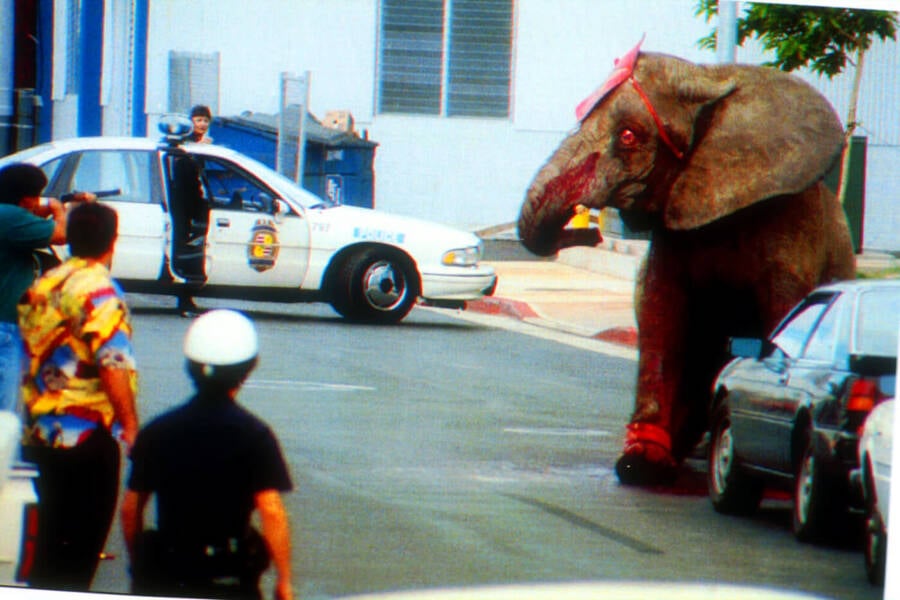 PinterestTyke was shot 87 times after killing her trainer and injuring her groomer.

It was August 20, 1994, and Tyke the elephant had recently arrived in Hawaii. She had been shipped to Honolulu to perform at the Neal S. Blaisdell Center, where cheering crowds awaited a lighthearted performance.

By the time Tyke was led into the sold-out arena, she had lived in captivity for nearly her entire life. More enraged than ever before, Tyke defied her years of training and soon began kicking her groomer William Beckworth around like a rag doll. At first, the audience wasn’t too alarmed.

“We thought it was part of the show,” one witness explained.

But the crowd knew something was off when trainer Allen Campbell stepped in. Though Campbell tried to wrangle Tyke into submission, his attempts were futile. The 9,500-pound elephant quickly crushed Campbell to death. And while Beckworth was still alive, he was seriously injured.

After killing her trainer and wounding her groomer, Tyke the elephant stormed out of the arena and ran wild on the streets of Honolulu for about a half-hour. What followed was a panicked attempt to stop her from killing anyone else. And before long, Tyke was tracked down by the cops.

Police shot her 87 times as she immediately fell dead to the ground, crushing a resident’s car in the process. The man sent to recover her body later claimed that Tyke had “tears” in her eyes.

The outrage in Honolulu was so swift that it soon led to a proposed ban on the use of wild animals in live performances. Though the ban was ultimately struck down, many circuses in Hawaii began to take animals off their agendas anyway. And in 2018, the state formally prohibited the importation of wild animals — including elephants — for use in the circus.

As for the Hawthorn Corporation, it was found guilty of violating the Animal Welfare Act in 2004. Hawthorn was forced to release its elephants to more humane facilities — where they could hopefully live out their lives in peace.

After reading about Tyke the elephant, learn about Murderous Mary, the circus elephant hanged by a Tennessee town. Then, take a look at 36 vintage photos from the early days of the circus.