The footage has purportedly been authenticated by the CIA and the winning bidder will also receive a memo from a scientist affiliated with the agency that verifies the negative.

YouTubeMost have long been skeptical of this “alien autopsy.”

To some, the recent trend of NFTs — non-fungible tokens — is as unbelievable as UFOs. But one man is hoping to profit from the belief in both. He’s selling an NFT of an “alien autopsy” from 1947 for the out-of-this-world price of $1 million.

Ray Santilli, a London-based producer who claims to own the footage, put it up for auction on the site Rarible. He describes his NFT as comparable to the “Zapruder film” and as “authenticated” by the CIA.

But the film in question has a dubious history. It first came to light in 1995, when Fox aired a documentary titled Alien Autopsy: Fact or Fiction?

The documentary included clips from what it claimed to be an authentic alien autopsy filmed in 1947. It was hosted by Jonathan Frakes, who played Will Riker on Star Trek: The Next Generation. 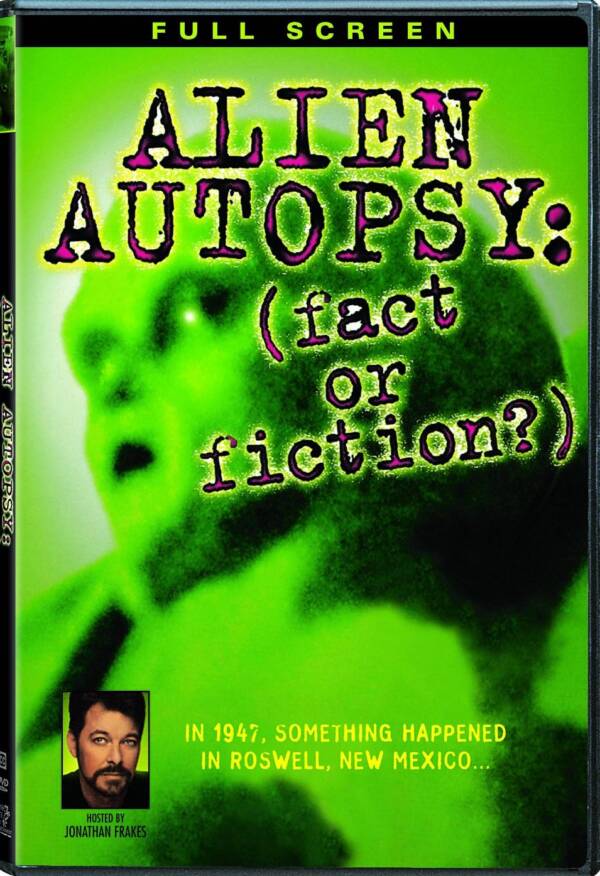 The documentary drew on actual claims about an alien encounter that year. Then, the Roswell Army Airfield in New Mexico released an eyebrow-raising press release about the recovery of a “flying disc.”

“The many rumors regarding the flying disc became a reality yesterday when the intelligence office of the 509th Bomb Group of the Eighth Air Force, Roswell Army Air Field, was fortunate enough to gain possession of a disc through the cooperation of one of the local ranchers and the sheriff’s office of Chaves County,” the press release said.

“The flying object landed on a ranch near Roswell sometime last week.” 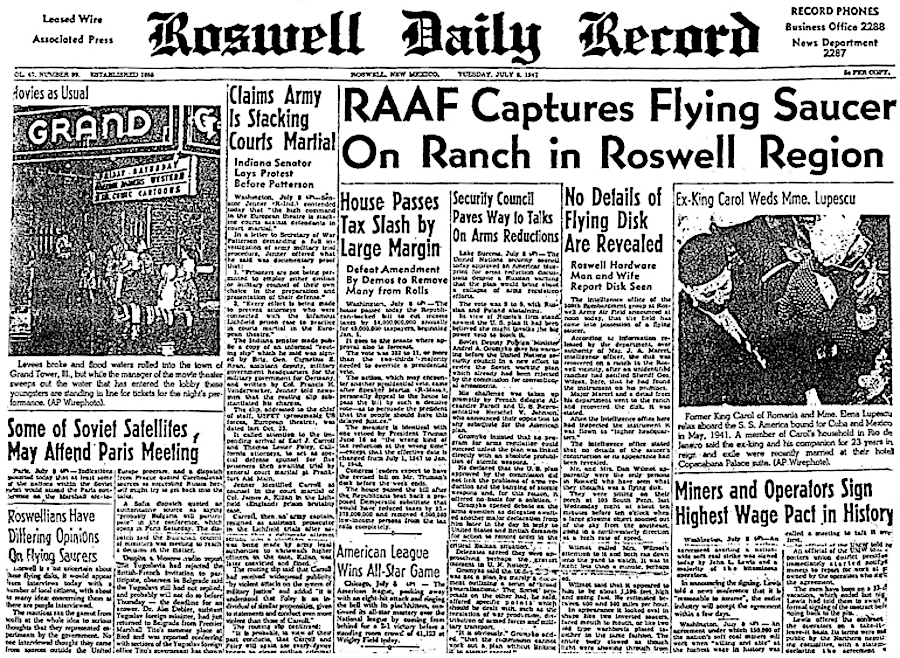 The military quickly retracted the report — it seems the “flying disc” was nothing more than an errant weather balloon — but suspicion of a government cover-up proved harder to suppress.

For decades, rumors of aliens in Roswell remained at a simmer. But Santilli turned things up to a boil with the 1995 documentary, which featured footage of an alien autopsy. He claimed that a military cameraman gave him the footage in the early 1990s.

Santilli even claimed that the CIA authenticated the footage. In fact, a CIA-affiliated scientist named Christopher “Kit” Green did offer some credibility to Santilli’s film.

According to a memo released by the now-defunct National Institute for Discovery Science (NIDS), Green saw photographs of the autopsy during a 1987 briefing at the Pentagon. He says they match the Santilli film. 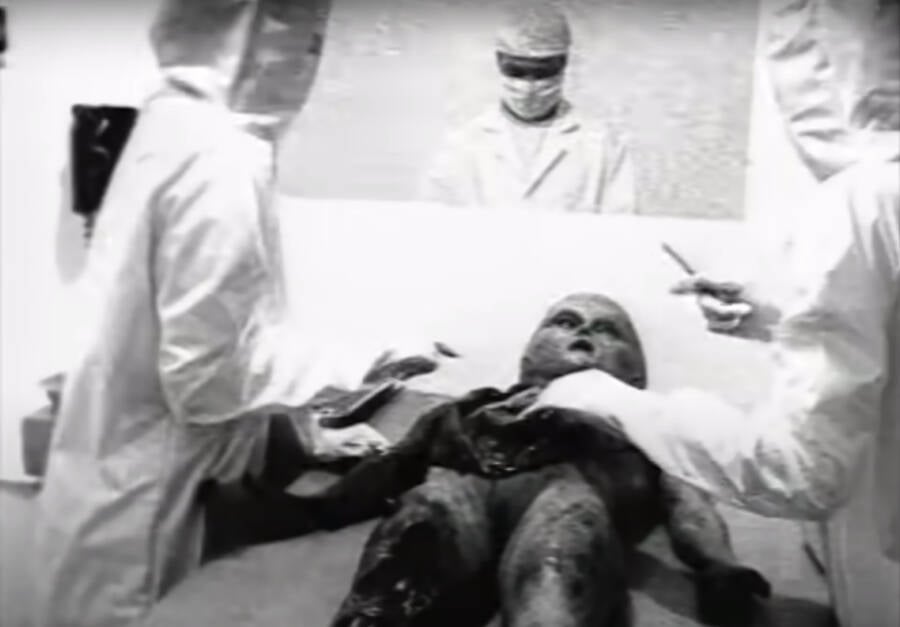 YouTubeAnother frame from the purported “autopsy.”

“In 1993 or 1994 we saw the footage of the autopsy in its original form and brought it back to the U.K. Within that year or so the footage had completely deteriorated. The only thing that was left was a few frames that we could use as reference,” Santilli claimed.

However, Santilli says that his NFT is a frame he salvaged from the original footage. That’s why he’s asking $1 million to own it. The winning bidder will also receive a physical negative from the film and CIA letters that “validate” its authenticity.

But plenty of people cast doubt on Santilli’s claims. They happen to include the man who actually filmed the “autopsy,” British filmmaker and magician Spyros Melaris. 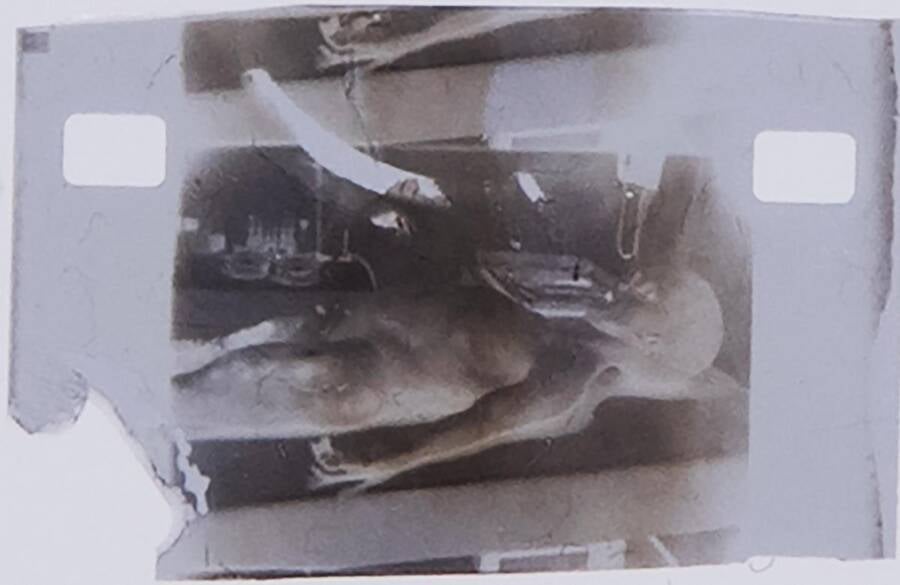 He described how he pulled off the fake footage with animal organs, a latex suit, and a friend who made props for Doctor Who. And he’s not too happy that Santilli is trying to profit from his work.

“I made the Alien Autopsy in 1995,” Melaris wrote on Twitter, following the announcement of the NFT. “There isn’t a real Alien Autopsy. The frame being offered for sale here is a frame from my copyrighted work. Selling it would constitute fraud.”

After reading about the alien autopsy footage being sold as an NFT, check out one officer’s army journal from Roswell. Then, see why some people believe aliens are real and read the most disturbing accounts of supposed alien abductions.