The floating museum can’t actually sail on its own and has to be towed wherever it goes. It has been trapped by an international stalemate over its status as a “non-certified floating vessel.”

This giant replica of Noah’s Ark has been trapped in Ipswich, England for nearly two years — the result of an international bureaucratic nightmare of biblical proportions.

According to The Ipswich Star, Britain’s Maritime and Coastguard Agency impounded the Netherlands-based vessel in November 2019, less than a month after it arrived in the U.K., and have now deemed it “unseaworthy.”

When it arrived in 2019, it purportedly lacked a load line and antifouling certificate, which verifies that it doesn’t have any “coating, paint, surface, treatment, surface or device” that harms sea life below.

Still, the ship, a museum that tells stories from the Bible with quirky sculptures, remained open to the public until the coronavirus pandemic shut it down in March 2020. It had previously sailed to several other European countries without incident. 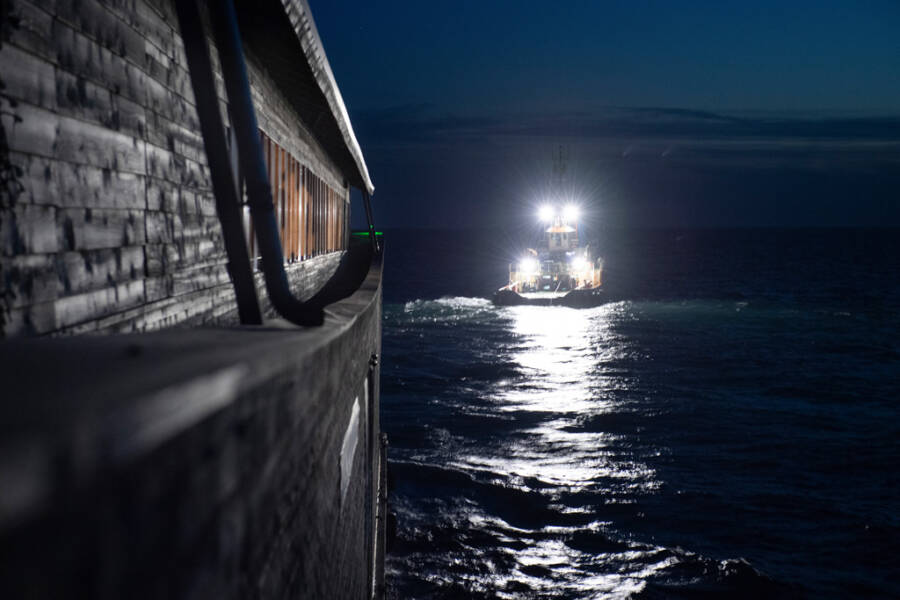 But now, British officials have cited further concerns about its safety, including issues with its fire equipment, life jackets, and lifeboats, and refuse to let it leave. The owner, Dutch television producer Aad Peters, has been fined over $65,000 so far. And the port is fining him $700 per day that the ship remains.

However, Peters argues that the ship, which is built on a barge, has no engine, and must be towed wherever it goes, is a “non certified floating object” and is not required to “comply with international regulation.” He insists he is ready to tow it back to the Netherlands if British authorities would just let him.

As Peters explains it, there was never any need to register the vessel in its home country of the Netherlands. It is, after all, not an actual ship. But the lack of registration has caused Peters problems in the U.K., which is notably more strict with maritime regulations than the Netherlands.

If the ship had been registered in the Netherlands, authorities could grant it a one-time exemption to sail home. But because it is unclassified in its home country, the U.K. has effectively deemed it a commercial vessel, forcing it to abide by its regulations. This stalemate has left British and Dutch authorities frustrated. 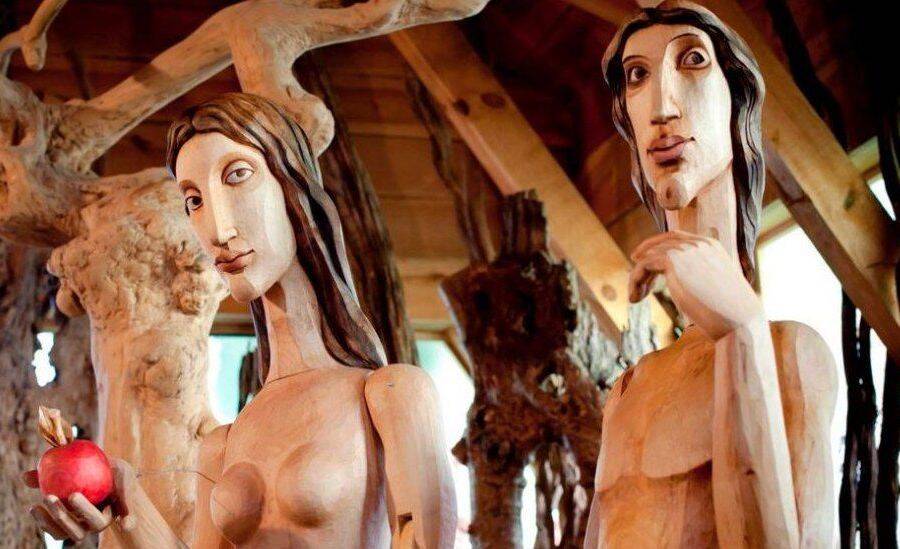 “We do have concerns about this vessel and we cannot rely on the grace of God that it can be safely towed to Holland,” the Maritime and Coastguard Agency of Britain said.

As it stands, a conglomerate of agencies has since become entangled in this bureaucratic fiasco. From Britain’s Human Environment and Transport Inspectorate to the Ministry of Infrastructure and the Dutch Water Management department — all hands are on deck.

“We are aware of the situation and are in discussions with relevant agencies in the U.K. and the Netherlands,” Britain’s Department for Transport explained. “Safety remains the top priority.” 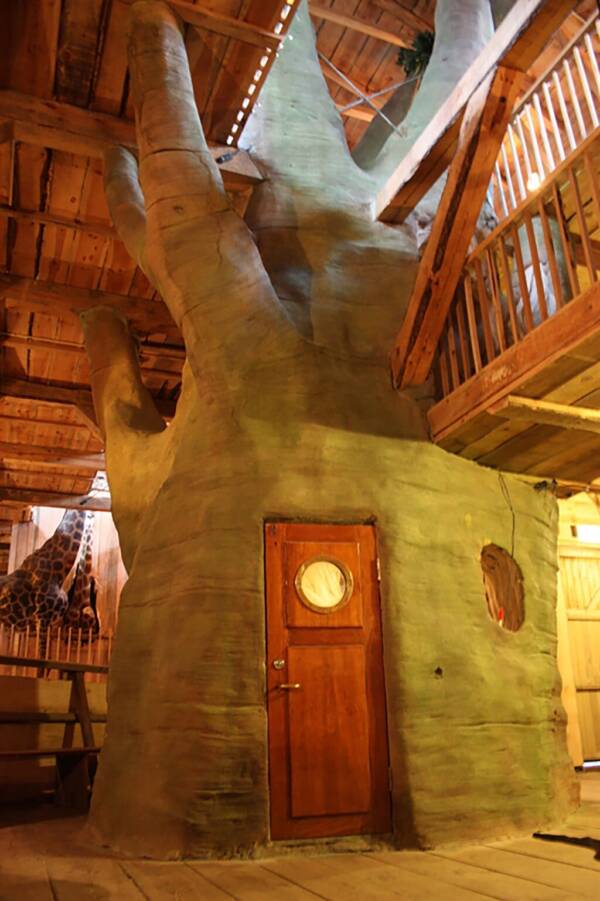 Verhalen Ark/The Ark MuseumA representation of the tree of life inside the embattled museum.

Peters bought the vessel in 2010 for $3.7 million to create a “talking point” for people of all backgrounds. It is one of two replicas built by Dutch carpenter Johan Huibers in 1960. The process took him seven years, following Biblical descriptions of the mythical ship exactly.

The Dutch producer initially even carried actual animals on board but explained that they “caused too many problems” and replaced the live creatures with wooden figurines.

The last time the ark was in the news was in 2015 — when it ran directly into a patrol boat of the Norwegian Coast Guard. The collision ruptured the hull, but no one was injured.

As for structural integrity at sea, Peters confessed after that trip that the ark can’t handle waves taller than six feet.

When asked if it could survive a flood like the one referenced in the Bible, Peters replied, “Sadly, no. I don’t like to use the word ‘miracle,’ but it is a miracle that we got to Norway.”

After reading about the Ark Museum being detained by British authorities, learn about the 21 strangest museums in the world. Then, discover the truth about who wrote the Bible.